Hello, I would like to know if I could get opinions for this team structure and what could be improved. 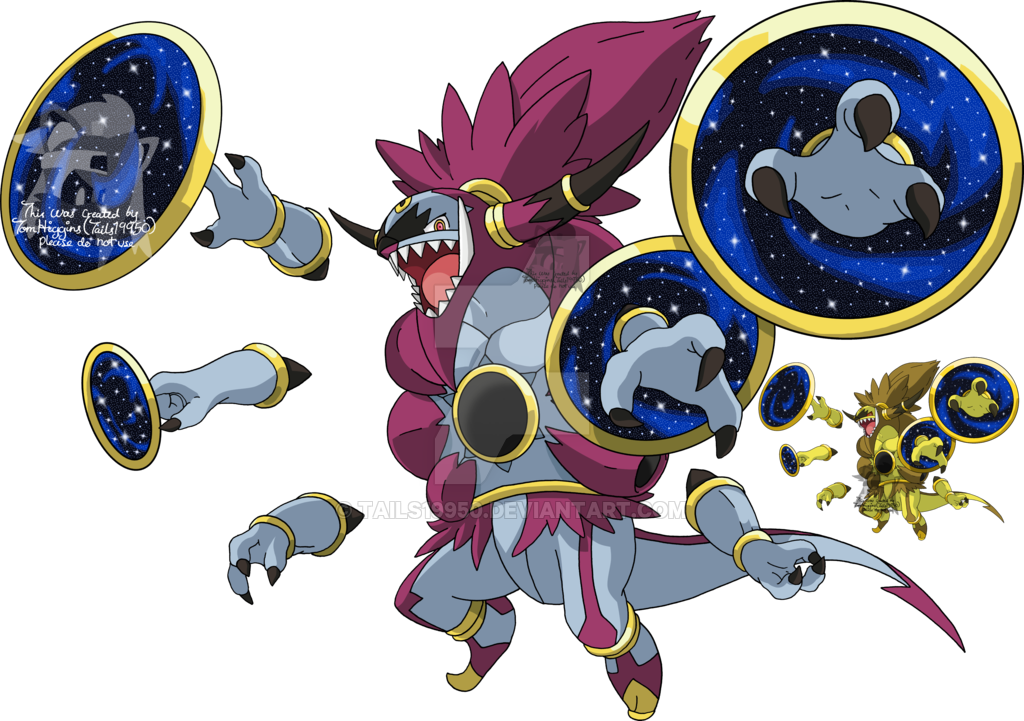 I decided to build a team around the breaking powers of Choice Band Hoopa U. With 690 attack off rip and 80/130 Special bulk, this mon is able to come in on pretty much every special attacker bar Tapu Lele or Mega Diancie and fire off powerful Hyperspace Furys on the switch, oftentimes completely OHKOing switchins,doing even 40% to bulky resists like AV Magearna or Tapu Fini. Obviously Hoopa is a very physically frail pokemon, so I added two pokemon with intimidate. This team is built around pivoting and keeping up momentum, so its matchup against stall can be a tiny bit shaky. If the stall matchup worries you, just switch the choice band set to the nasty plot one with the same EVs except into Sp Atks with a modest nature and you're good to go. 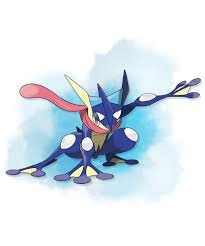 Speed control on the team. Keeps up momentum with its ability to scare out mons like Landorus T and psychic types, u turns out to the switch ins counter. U Turn is obviously there to keep up momentum, Gunk Shot for fairy switch ins like Fini and Clefable, Rock Slide revenge kills HDB volcarona at +1(A Huge threat btw, without Gren it pretty much 6-0s the whole team) Ice Beam for Lando and revenge killing Kartana after rocks(with the Sp Atk investment it picks up the OHKO almost always, and with the team layout it always will as you'll see later). Alternatively, you can run spikes as it forces in mons that this team can easily take advantage of like Tapu Fini/Zapdos/Torn to defog them away. Standard EVs maximizes U Turn damage, allowing it to always OHKO Mega Zam and heavily dent Tapu Lele. 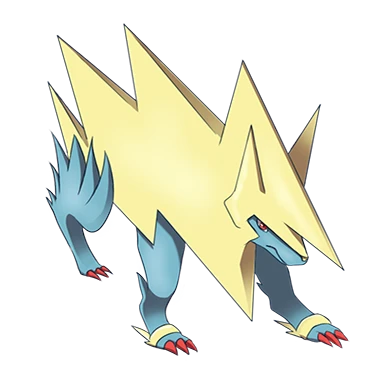 The other main pivot on the squad. HP Ice for Landorus on the switch and Gliscor. Flamethrower threatens Ferrothorn and more or less allows Manectric to 6-0 rain once Pert is gone. Speed is maximized in order to get the jump on important mons like Ash Gren, Tornadus etc and threaten them. Intimidate there obviously to deter physical attackers although it obviously is not as good this gen as it doesnt affect Lopunny. This also outruns adamant DD Dragapult and heavily damages it with HP Ice, allowing Doublade to easily revenge kill. Lightning Rod there to deter electric attacks pre mega evolving. 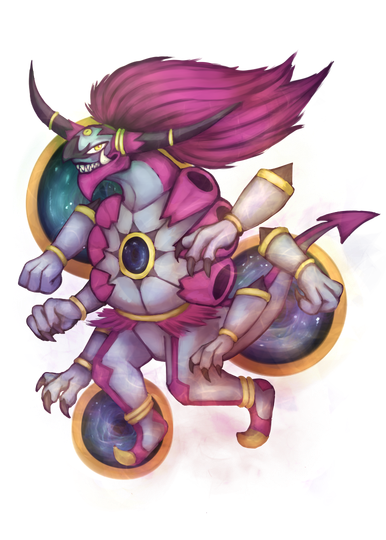 The evil genie himself. The ability to come in on passive mons like Zapdos and firing off strong attacks means that balance oftentimes has to pick a sack every time he comes in, which is not at all difficult when you consider how popular mons like Zapdos and Slowbro are in response to Mega Metagross. Hyperspace Fury obviously there for stab, Zen Headbutt hits Fairy switches and OHKOs Toxapex, Drain punch for recovery and mauling Hydreigon and Chansey, and Fire punch obviously OHKos Ferrothorn and AV Magearna after minor chip, with it being able to OHKO Shift Gear Magearna outright, which is a huge threat to this team. Normally predictions are necessary due to the sheer power of Hyperspace Fury. Some calcs

Obviously mons like Venasaur are not going to be a problem for Hoopa to come in on. Hoopa pretty much can survive any one neutral SP Attack from full from even the strongest SP Attackers, and multiple from weaker ones such as Latias. The EV spread allows you to max out damage rolls against switch ins, and enough speed to outrun max speed Magearna and OHKO it with Fire Punch after rocks. 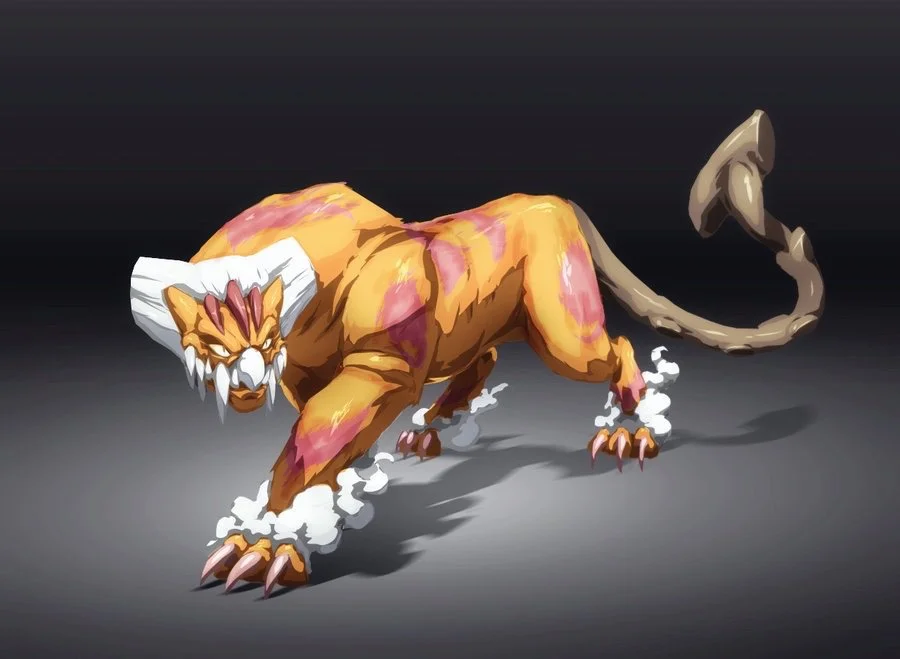 Landorus-Therian @ Rocky Helmet
Ability: Intimidate
Shiny: Yes
EVs: 252 HP / 252 Def / 4 SpD
Impish Nature
- Earthquake
- Defog
- U-turn
- Stealth Rock
Sets up rocks, provides chip damage to soften up dangerous physical attackers like Kartana, Scarf U Turn Landorus etc, and shuts downs Mega Metagross in combination with smart switch ins with Manectric. Earthquake is obviously there, Defog for when hazards are getting out of control. U turn allows it to pivot out of set up sweepers such as Gyarados and bring in Gren to threaten them.G-Darm threatens this mon immensely, but as this team has multiple ice resists it most often must click U-Turn, as letting Volc get a free sub often means youre going to lose a mon or two. Also good for soaking up status aimed at Hoopa U, as this can afford to be burned since its not meant to be an attacker. 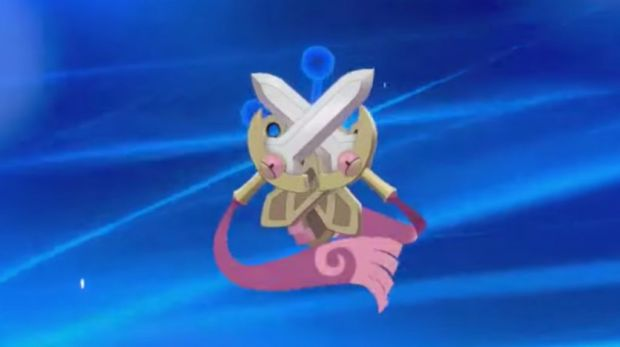 A very physically bulky mon that can live some extremely powerful super effective attacks and retaliate. Shuts down Mega Gross and also Excadrill, Lucha, Medicham. OHKOs Bisharp with Sacred Sword, Gyro Ball is there for stab against mons like Scarf Lele, Tornadus and other fast mons that can give this team problems if Gren goes down. Swords Dance lets this clean up late game especially if you're faced with a Tapu Bulu or other mons that have no way to really damage this thing. Although this is a catch all checks to pretty much all physical threats, it is important not to overload this mon with defensive duties as it has no recovery, and it can easily get worn down. It is imperative that you keep its Eviolite, as if it is knocked off, it essentially becomes an inferior Aegislash. Some calcs to show you its physical prowess

Also this mons is surprisingly strong with its priority after a swords dance or two, allowing it to set up on non STAB super effective moves and return fire. 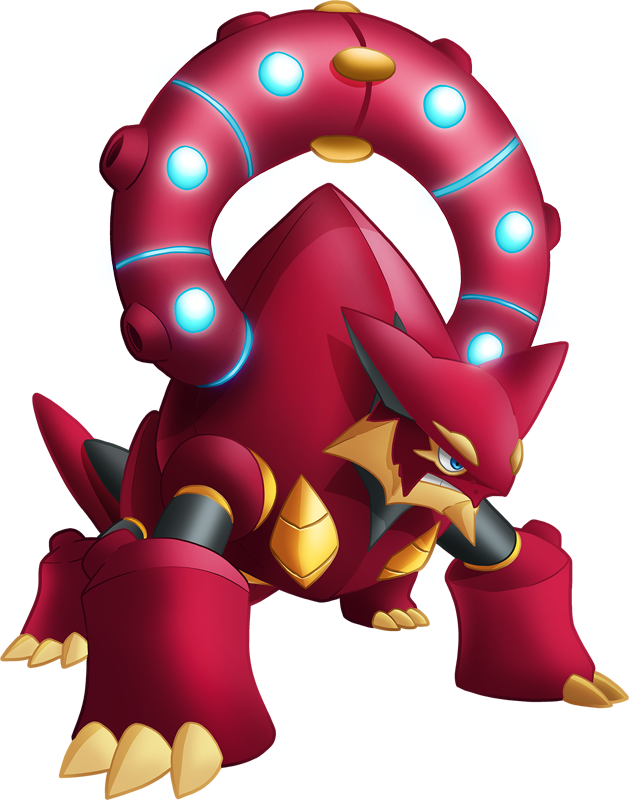 The teams special breaker. Fire/Water/Poison offers almost unparalleled coverage. Shuts down Dracovish and also makes it much more difficult for Greninja to achieve Battle Bond, as it must rely on the weaker dark pulse for damage while this thing is still alive. Its ability to poison its checks on the switch like Latios, Dragapult etc makes it even more deadly. With the given investment, it guarantees lives one Earthquake from Drill or Lando and OHKOs back with Steam Eruption. This mon can comes in on things that dont threaten it like Ferro or Fini and get up a sub. Oftentimes this forces the opponent to have to switch in something that can break its sub, sacrificing them in the process. This mon also is a check to Mega Gross, especially with HDB. It also greatly eases the rain matchup, as an intimidated Mega Pert cant OHKO this from full, while a boosted Steam Eruption OHKOs it with very minor chip and if it lives, it has a good chance of being burned and neutered the rest of the matchup.
232 Atk Landorus-Therian Earthquake vs. 252 HP / 4 Def Volcanion: 300-354 (82.4 - 97.2%) -- guaranteed 2HKO after Leftovers recovery


This team struggles with Dual Screens Offense. Sub DD Gyarados can pretty much 6-0 this team, but mons such as Hawlucha are checked by Doublade, so even some variations of Screens offense can be played around. Clangorous Soublaze Kommo is a problem, although chipping it before it uses the move allows Gren to revenge kill with Ice beam. Rain is a tough matchup as well, but it fares much better this gen than previously, as Dracovish is completely shut down by the combination of Lando+Volcanion.