really sick games that nobody knows about

OU Forum Leader
i've been really getting back into a couple old games i loved back in the day and i realized both are games that pretty much nobody knows about. i thought it'd be cool to make a thread about it because, why not, and it could also let us introduce to one another cool games that may have gone under the mainstream radar. (apologies if this thread topic was already made, lock this if that's the case)

awesomenauts is a gigantic standout for me; it's a 2d platformer, 3v3 moba that takes place in space with incredibly dynamic and well designed characters, fluid gameplay, and an insane ost. i played that game like absolute all fuck back in the day and was pretty good at it, i sunk about 2k hours on steam and had a few hundred more on console. if you want some sick ost examples, here are some of my favorites (the killing spree themes are def consistently some of the best, and are framed around existing osts which make them even more impressive imo)
esc rocco
skolldir killing spree
chucho killing spree
scoop killing spree
lonestar killing spree
space full color
ill make you a star baby

it recently went f2p and has a trailer that pretty much demonstrates how it looks and operates in modern years, if you wanna check it out you can see this link here

magic pengel: quest for color is another really banger game from my childhood that i'm surprised pretty much nobody has heard about, it's a game where you draw weird beasts called "doodles" using certain brushes and you fight npcs and such with them, which depending on the colors and shapes that you use, will have certain strengths, weaknesses, mobility options, and attacks. it was a ton of fun and it's one of those games that really lets you express your inner child in a way that feels dopey but really fun and honest, even if the story/gameplay can be underwhelming at times. it's got an interesting, more dynamic sequel called the graffiti kingdom that plays somewhat similarly but emphasizes the overworld more

what cool games have you guys played that people dont really talk about much?

Ununhexium said:
i love awesomenauts its so sad that the development team just kinda gave up on it

i was actually playing a lot of it a few months ago so if you ever wanna play hmu
Click to expand...

dude RIGHT it made me so sad
i started playing it again recently and i was completely blown back by so many of the structural changes; i was super high prestige but the awesomenaut/player level changes sent me back to 0, but it's kinda funny to see how i have literally every awesomenaut unlocked and every upgrade available despite being at the complete bottom denominator otherwise. makes me wonder how they store and apply all of that information in matchmaking

Moderator
my only real issue with the game currently is its popularity. when you load up a game you either face the people who never stopped playing and can hard carry any team theyre on or the scrubs like me

spectrobes is a fuckin fire game guys. it’s hard to explain but basically you reawaken fossils and fight with them (hey, this sounds familiar) in order to stop these outer universe monsters from devouring your whole ass solar system. maybe I’m overhyping it but it’s totally worth checking out (the music fucking slaps too)
here’s a small clip of gameplay too

ash601 said:
spectrobes is a fuckin fire game guys. it’s hard to explain but basically you reawaken fossils and fight with them (hey, this sounds familiar) in order to stop these outer universe monsters from devouring your whole ass solar system. maybe I’m overhyping it but it’s totally worth checking out (the music fucking slaps too)
here’s a small clip of gameplay too
Click to expand...

This is a very based series thank u for acknowledging its excellence..... 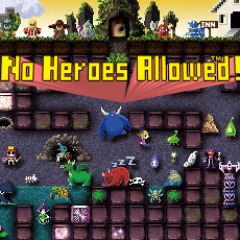 I ranted about this lovely series in Cong a while back when I was buying up PSP games I love. No Heroes Allowed is the third in the series of "Badman" games and by far my favourite. Ever played Dungeon Keeper? Take that and slap on an emphasis on maintaining an ecosystem of monsters to kill heroes that thwart your chances of world domination. There's quite literally hundreds of monsters with their own lore, strengths, status effects, and more and no two playthroughs will ever be the same because of that. Unfortunately, because of PSP games gradually being culled, the next year or two may just be your last chance to try this entry in the series out. Please do, it's like £7 or something and you'll get so many hours out of it!

Also there's this kinda neat PS4 VR game that came out two years ago (I think?) that may be good if you're that kind of person.

I found out that a wikia thing for the Badman games existed a while back called "Badman Wiki" and it doesn't get like any editors at all. We're talking literally once every year or something, normally minor, often bad. I ended up spending time polishing the place up if that interests you at all. Not sure what's done with wikias that haven't had admins for like 10 years though lol, weird how it hasn't just died off due to that.

PS Admin
I think persona 5 is really underrated. it's my faovrite game of all time (though i've never played it i'm waiting for the switch port)

Aeonic said:
I think persona 5 is really underrated. it's my faovrite game of all time (though i've never played it i'm waiting for the switch port)
Click to expand...

have you ever played persona 2

ausma said:
have you ever played persona 2
Click to expand...

Aeonic said:
I think persona 5 is really underrated. it's my faovrite game of all time (though i've never played it i'm waiting for the switch port)
Click to expand...

Gotta switch it up huh

I'm Deko (leader of The Nebulox) 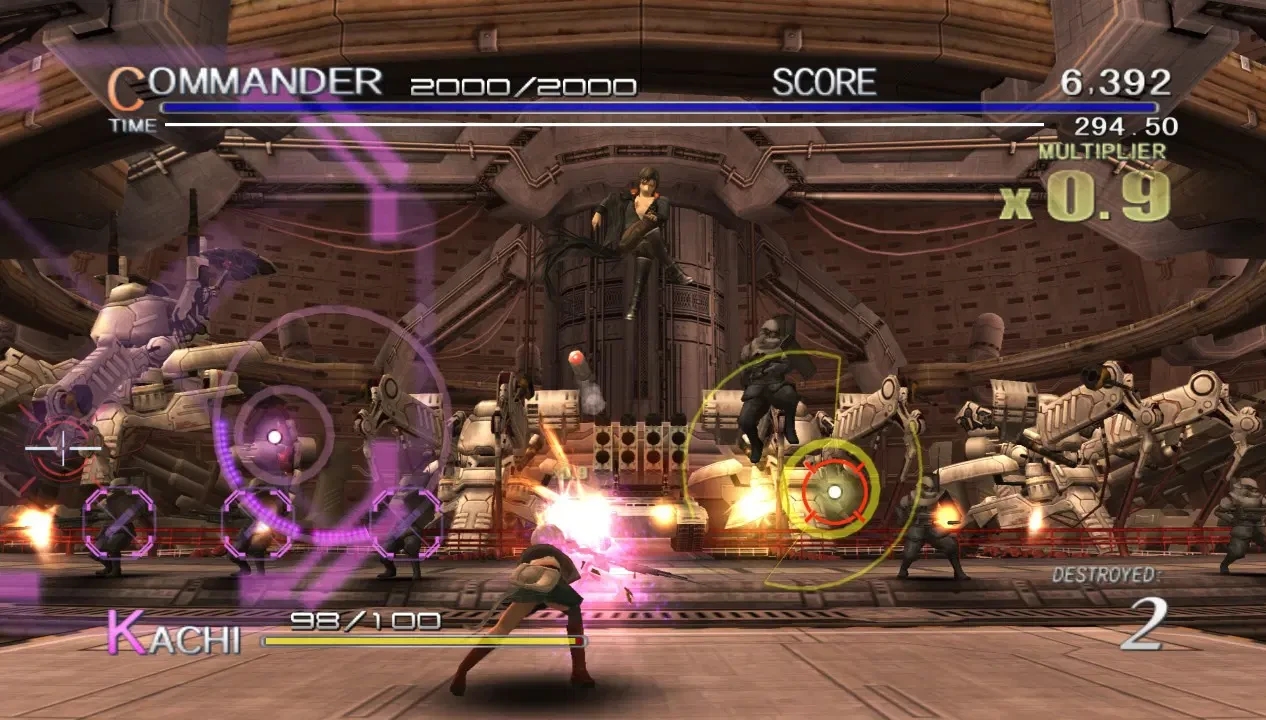 SIN AND PUNISHMENT STAR SUCCESSOR (aka Successor of the Skies if ur in PAL region), PLEASE GO PLAY IT IF ITS SITTING ON YOUR SHELF OH MY GOD AAAAAAAAA (that means u GatoDelFuego )

Killer OST. Weird but fun story with voice acting and dialogue that is bad/campy enough to be funny but not so bad it's cringe. Godly controls with the Wiimote+Nunchuck, even works well on Dolphin with KB + Mouse. A rail shooter with an absolutely insane amount of stuff flying on the screen and constantly shifting camera angles. Like 40+ bosses with tons of fun secrets/fightinf methods for each one. A scoring system that pretty much creates an impossibly high skill ceiling. You can find or discover every time you play the game, and even not you can play for High Score. Three perfect difficulties: Easy which is perfect for high scoring and just challenging enough to not be too easy, Normal which is a fair challenge and a great goal to try and 1CC, and Hard which is fucking insane but perfectly fair and super satisfying to conquer, even if the thought of 1CCing it is horrifying. And it's all compressed in a game that is only a few hours long with tight af pacing; if you dont die (which you will a lot on Normal and a TOOOON on Hard) you can finish within about 2-3 hours.

It's hard to put into words but, if you're an action game fan, especially for 2D games, Star Successor is absolutely incredible. Can't recommend it enough

Don't judge the game based on the original Sin and Punishment btw; the N64 game is kinda fun but it's pretty overhyped imo, so if you cant get into let it stop you from playing the sequel
Last edited: Oct 22, 2021

Cubivore. An old GameCube game co-developed by Intelligent Systems. By devouring other creatures, your box-like creature evolves and mutates into new forms, each with different rectangular flaps which change how you move and fight. But don't be fooled by its minimalistic appearance - the game evokes strong visceral feelings.

I remember seeing it on the shelf as a kid and asking my parents to buy it for me. It was $40.00 - very expensive for a used game at the time. Turns out physical copies were quite rare. I played it so much - it really left an impression on me.

I understand nothing. You should buy this game.

the f-zero game on switch, youve never heard of it cause nintendo doesnt wanna make one but itd be sick regardless
You must log in or register to reply here.
Share:
Reddit Pinterest Tumblr WhatsApp Email Link