Moderator
SoulWind vs M Dragon - Both these players started this tour with a banging 6-0, but after that their paths have been a bit different. Week 2 SoulWind escaped with a win that should've been a loss from the prep, then he lost a close endgame to Icemaster (some misses involved), and then he lost to webs last week and idk how much of it was from being unfamiliar with that matchup. Meanwhile, M Dragon had nice prep of his own week 2, and unlike SoulWind's opponent, he executed his prep well enough. Then he got outprepped with no Zygarde checks, but bounced back against Nora last week (some misses involved). SoulWind's prep so far has been seemingly linear, while M Dragon has kept his teams a bit unpredictable (rip zygarde check tho). I'll predict M Dragon to get a decent matchup and execute on it to get the win this week.

London Beats vs Icemaster - London Beats has been surprisingly good so far. The game vs byron was decent till byron's ogre went in (some dubious decisions there, but it's the first game). The matchup vs Poek was arguably the best matchup so far in the tour, and it was played well enough as well. Icemaster isn't having a good tour - narrow win vs byron (misplays involved), outprepped by M Dragon, narrow win vs SoulWind (some misses involved), and a loss to 64 squares. So his wins haven't been as convincing, while there wasn't as much fight in his losses. Icemaster has to step up big time, both in his preps and in his plays. And for the love of god stop sacking your flying types for useless shit. Predicting Icemaster to continue his pattern of W-L-W-L and to not give his opponent too easy a matchup.

Poek vs Reje - Poek's season so far hasn't been as good as you would expect. The week 1 loss could maybe b attributed to unfamiliarity with the tier+som impatience and he did get a clean win week 2, week 3 should've been a win. He shouldn't have let his Dusk Mane get so low, and he could've won with Xerneas at multiple points. Admittedly the Icicle Crash miss was unfortunate, but also completely avoidable. Then, from having great matchup week 3, Poek got impossible matchup week 4. Maybe the idea was that the seemingly inexperienced (with SS Ubers) opponent would struggle vs Shedinja stall, and SD Dusk Mane can provide the needed offensive pressure. Sadly there was a Heatran, and maybe there could've been something for Poek to do with some luck here and there, realistically there really was no chance besides dodging all Magma Storm. Reje had a terrible UPL, going 1-3 into quit (his team had their biggest victory right after he quit), but seems to have turned it around with currently being in Round 8 (top 12) winner's bracket of the seasonal, getting wins vs Rhmsitb and Fogbound Lake in the last 2 rounds. But anyone who knows Reje knows that his good fortune and happiness don't last long, and that's how Reje actually prefers life. I expect Poek to win with a decent matchup+some RNG so Reje can have a cathartic experience.

TrueNora vs byronthewellwell - The two two two players from Australia finally meet to take revenge on the rest of the world, possibly scheduling at a time when Americans would be ashamed to admit that they were awake. Nora continues to make dubious plays every game, but has won half of them so maybe it's not so bad (it's very bad). While his only clean win so far is from week 1, my favorite moment from Nora's tour was when he sacked Eternatus vs Calyrex while having double dark in the back. Also sacking Darm vs 4 mons, 3 of which get outsped and die to Icicle Crash. byron came back from two back to back losses, and got two back to back wins with very little fuss in those games. If this was Inversemons, I would 100% expect Nora to win, but since that's not the case, I expect byron to punish Nora for his plays barring significant matchup.

64 Squares vs Exiline - After the great matchups in the first two weeks, 64 squares had only one win to show when it should've been two. Then the week 3 loss to Nora might've put some people in doubt (yes Sunsteel got a crit, but there was an Icicle miss earlier in the game that gave 64's Xern more freedom to switch in and out than it would have, so it's not so clear). But then he won relatively cleanly in an even matchup vs Icemaster, just making good plays while Ice sacked his birds and then other mons. Meanwhile, Exiline bounced back from his week 1 washup by winning 3 weeks in a row, though the win vs Poek was actual fraud but props for playing that matchup I guess? I really don't wanna give Exiline much credit, but the facts are facts. 1/2 bad matchups won, 1/1 good matchup won, 1/1 even matchup won. I think Exiline has been playing better and more consistently, and his prep hasn't been too shabby so far, so I expect him to win. 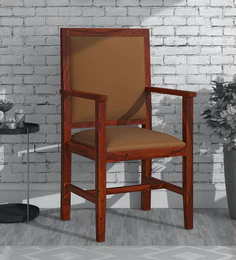