This mafia will actually be more a open themed mafia than a closed themed mafia, in order to allow players who have not watched the series to participate in this mafia. Knowledge of the lore and characters is encouraged though, looking it up for 10 minutes won't hurt your chances.

This will be a "Speed" mafia, all days and nights besides the first day will last 24 hours long, so if you cannot see yourself being active do not participate.

Rules List
1. Deadtalking will be not allowed at all.
2. The game will start on Day 1. On Day 1 you cannot post any role pms to other players (unless you are mafia and on the same team). Day 1 will last 48 hours.
3. Days will last 24 hours or after a majority is reached.
4. Nights will last 24 hours or until all pms are received.
5. All pms should be sent to blue_light.
6. The Talismans, Demon Chi Powers, and Oni Masks in this game will not be able to be stolen for balance purposes.
7. No screenshots of any kind may be distributed at all (use your common sense on this, no pulling a gmax).
8. You may c/p anything that I say to you, which means you can fake conversations with me.
9. I should be notified of all channels, spreadsheets, google docs, paste bins, etc that you create.
10. You can hold and give/receive as many items as you want. Items are given away at the very end of the day or night after everything has transpired and received at the beginning of the next day or night. To give away an item, send a pm to blue_light stating "Day/Night X - Giving 'Item' to User".
11. Tying the vote will cause nobody to be lynched for the day, no lynch is also a viable option during lynches.
12. You can target dead bodies with your abilities, but it does not mean that anything will happen.
13. If you wish to change your vote during lynch you must edit the post containing your initial vote.
14. All non-villagers will be given safe claims and certain intimate details on what roles are not in the village, be aware of this when asking for claims.
15. You MAY not delete any posts, if you do you will be subbed out or godkilled depending on the situation.
16. All night actions must be sent in, due to the fast nature of this game, if you do not send a night pm while having a night ability you will be subbed out.

In, ninja-style. As p1, due to some hindu cancelling their mafia :\

in as p2, gonna be jade or jade's twin

Jedil has been banned from Jackie Chan Adventures for calling UNCLE, grandpa.

AND FOR MAKING A XIAOLIN SHOWDOWN REFERENCE, DIE!

yeah i'm p2 as well for this mafia on speeeeeeed

popping in as p2 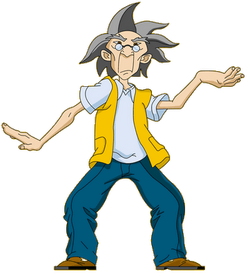 P-I-don't-know-what, I'm in googoogjoob, chaos and megaman - that means p2 I think but I'm not sure.

In as p1. Can't wait to start out my first mafia.