we're lost children of the sea

C&C & TFP Leader
Congrats to all the winners!


Smog Awards 2020: Results​
Thanks for all your votes, and see you next year 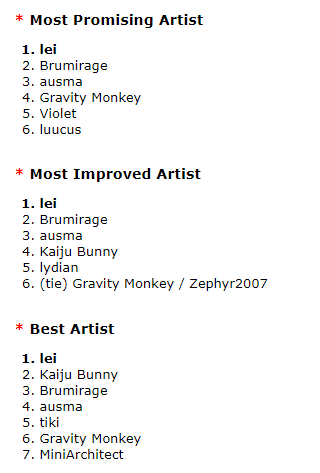 Moderator
Thanks to everyone who voted me; as always, it is an honor to win some categories.

2020 was far from an ideal year, but it was still a pleasure to contribute to this community. I look forward to keeping this up in the future.

Congratulations to everyone else who won, especially the fresh faces -- you guys are all doing an amazing job.

Moderator
major congratulations to all of the winners!!! every win was massively deserved.
Here's to another great year! 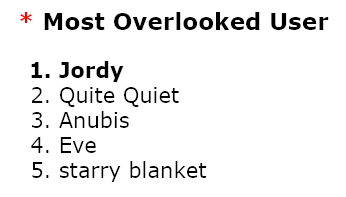 does this mean i won

it's gonna be blue skies for you and i

I don’t know what this means, but I like winning so thanks!

formerly Everything Is Something

LANTURN GANG WHERE YOU AT

Yooooo TheCoastsOfToast we won best custom avi! Thanks for asking me to make your Kirby a reality n.n

HOW MANY TIMES do i have to tell you all that i am NOT a weeb, i don't even watch anime much, HOW DO I WIN THIS EVERY YEAR???

tell me how it feels

Chloe said:
HOW MANY TIMES do i have to tell you all that i am NOT a weeb, i don't even watch anime much, HOW DO I WIN THIS EVERY YEAR???
Click to expand...

Ty to everyone who voted for me btw, grats to the other winners! :> 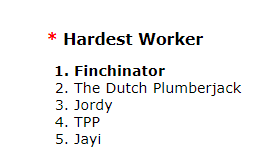 Kris said:
remember when u missed ur tour night bc u didnt wanna wake up for it
Click to expand...

Discord Leader
Can't beat someone who hauls ass in #comp-gen as much as Jordy does!

Congratulations to everyone who won! Though, like Finch, I do want to hl the people (both old and new) who were freshly nominated this year; a lot of you have made your mark in some way and it's always awesome to see. Thanks for making the experience of those of us who use this site better!

fresh on the board & straight to 2 ws. gg scrubs

s/o Mace for starting the circlejerk <3

these scars i left behind 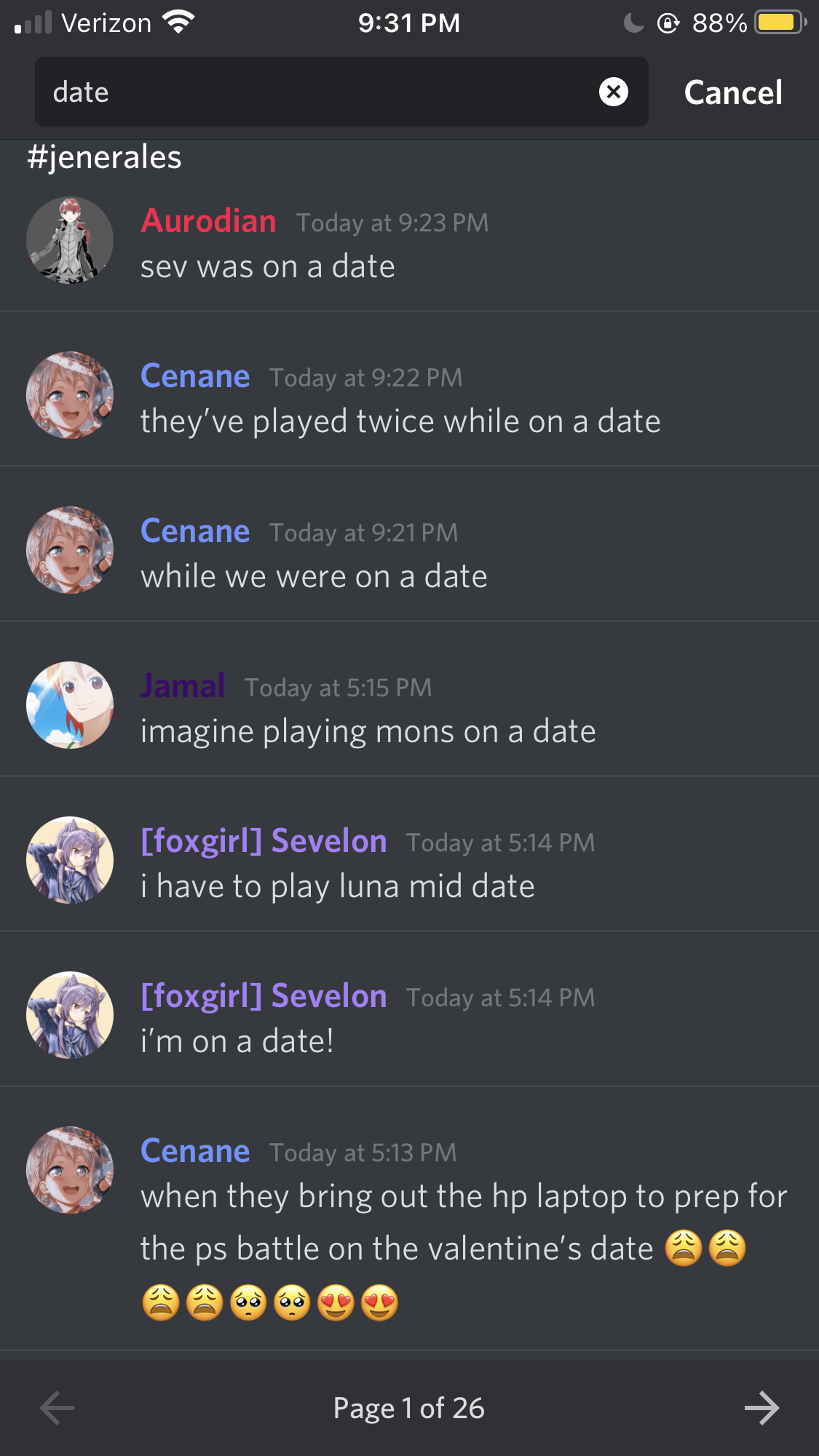 e: congrats to everyone who won!!

e: congrats to everyone who won though!!
Click to expand...

Total Clefairy said:
fresh on the board & straight to 2 ws. gg scrubs

s/o Mace for starting the circlejerk <3
Click to expand...

you were my 1000th like, I had to return the favor 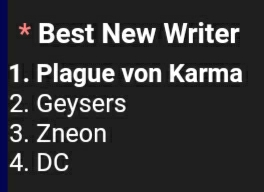 Chloe said:
HOW MANY TIMES do i have to tell you all that i am NOT a weeb, i don't even watch anime much, HOW DO I WIN THIS EVERY YEAR???
Click to expand... 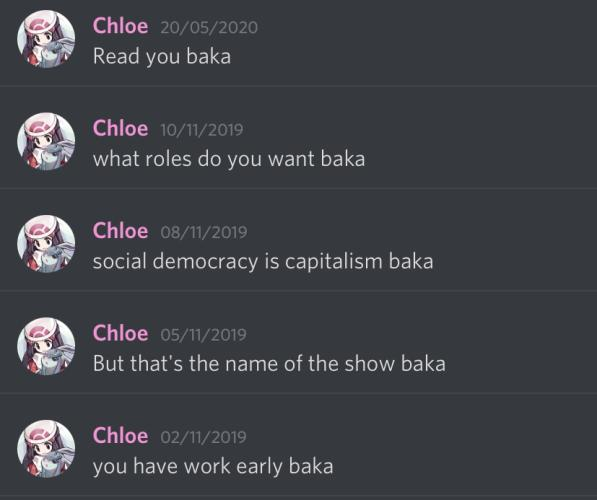 If you dont want to be voted biggest weeb in denial then just admit to being a weeb its that simple...

y are you surprised, you are leilani (the coolest person on smogon currently)

Wi-Fi Leader
Shoutout to the wifi crew for taking a joke so far as to actually landing me a nom. I'll say it again, I'm impressed lol. gg wp

And a huge thank you as well to the community for giving me not only my first ever nom, but a win at that--last place in biggest weeb in denial!

probably staying up way too late watching anime, as is tradition. See y'all in 9 hours.

also gz to everyone who won lol

going on an adventure

PS Admin
If someone is wondering why the ADV OU ladder won its award, don't hesitate to give it a try! Sure, it's an old generation ladder so a bit less active than what you may be used to, but it has a lot of characteristics rare those days: you can meet pretty much all the ADV top players under an alt or another, making it very competitive; there are unique storylines taking place around there with legendary villains, famous teams spammers, Mr.Factory and many others!

Old generations are not the easiest to get into either. Many mechanics have changed over the years, many new Pokémon, moves and items are not present in ADV. However, there is no lack of resources for ADV newbies: How to get started into competitive ADV OU by BKC covers the basics, while a lot of great players regularly publish their teams in linear's Team Dump. The Viability Rankings are among the most accurate you will find on-site for a reason, and there is no lack of written or video guides, amazing Youtube channels by experienced players and more for whoever is interested. Also worth noting that all the OverUsed analysis in the Smogon Dex were recently revamped by a bunch of great guys, so far from being outdated they standard at the cutting edge of the metagame. ok stopping here because I could go on for ages

Oh and congratulations to Aeonic for the best Leader award, PS adminship tends to be a pretty thankless thing for whats meant to be a hobby but the scope of his contributions behind the scenes in both quality and quantity has had me genuinely impressed ever since I joined in. There are many great people who don't do big announcements and such in public but spend a crazy amount of time contributing to improve the community in more private environments, and recognition only finds its way too rarely to them. I'm glad those Awards exist so we have the opportunity to praise & thanks them for taking on their free time to make others' experiences as enjoyable as possible around there.