Confirming OㅅO
anyone wanna sign up with me
Last edited: Aug 2, 2021

Moderator
signing up with Kebab mlml

lax said:
Among Us, Astamatitos and I will form the first ever manager trio of the Azelea Town Asian Amoongusses
Click to expand...

in with Elian-san, taking Circuit Breakers if possible

Me and Stone_Cold (boomer) are signing up to manage Studio Gible (or any available team) o_o
Last edited: Aug 2, 2021 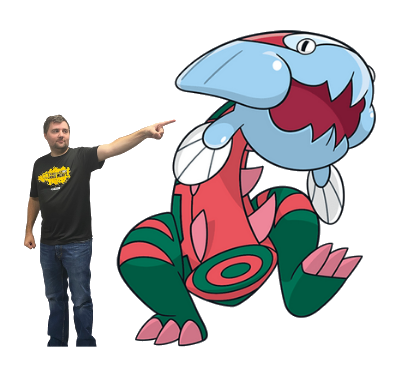 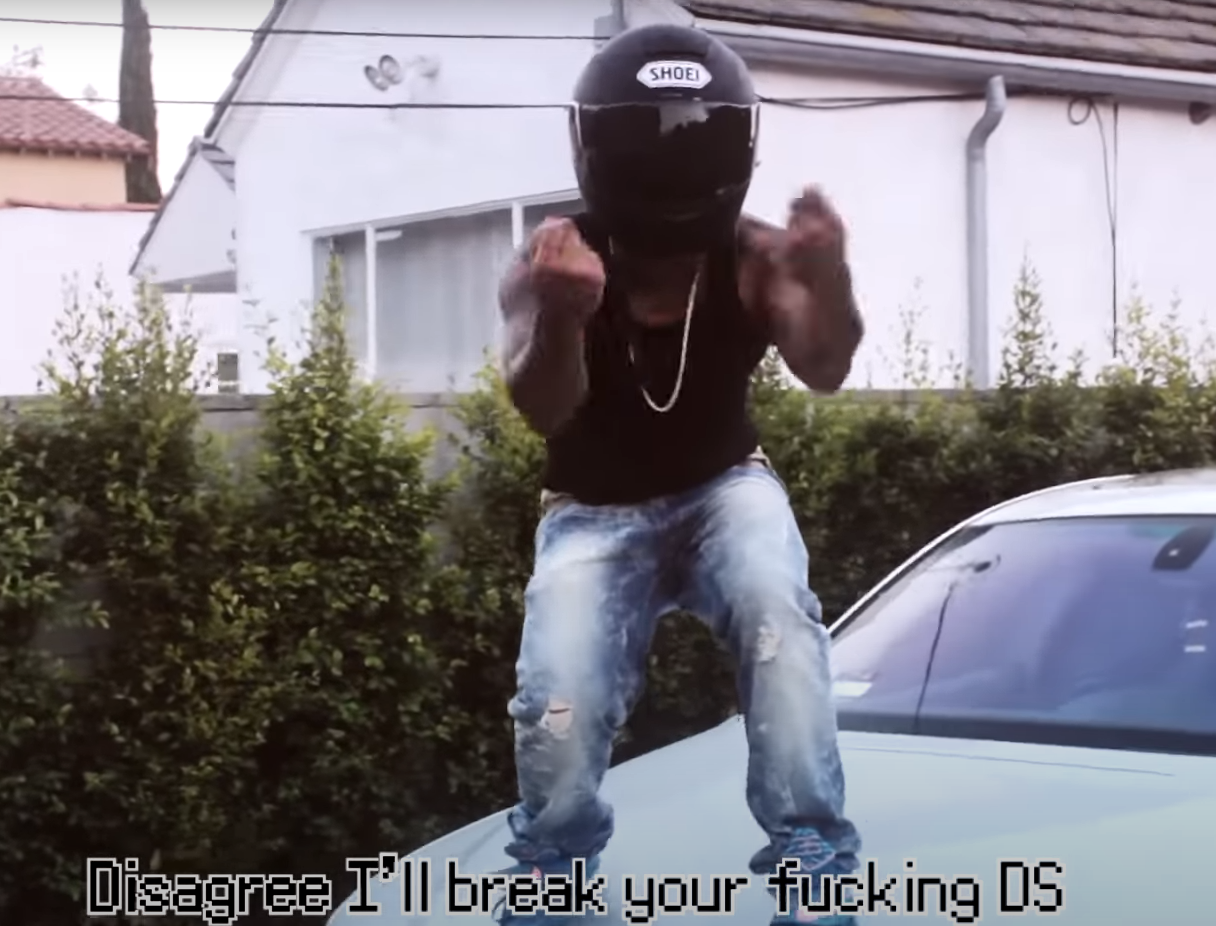 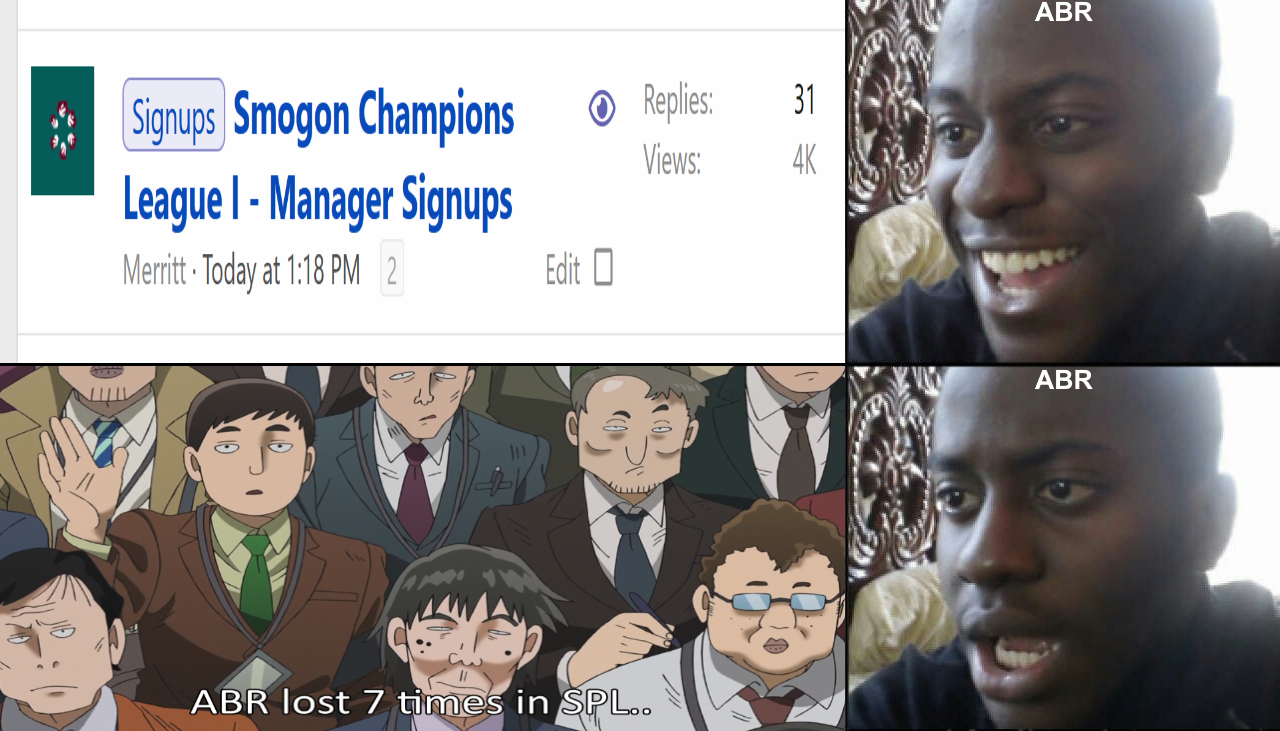 Signing up to manage The Orange Islanders with Will of Fire
Last edited: Aug 2, 2021

Aurella said:
Signing up to manage The Orange Islanders with Will of Fire
Click to expand...

Believe In Me, Who Believes In You

Alpha Rabbit and I would like to manage a team this SCL. Both of us have experience in the previous rendition of this tournament for the past three years as players having made the semis and finals of this tour respectively.We have managed in sub-forum tours such as NUPL and RUPL, with Rabbit also managing in wcop, and have also been involved in every tier this SCL over the past year. I have also very recently made slam semis and have been in slam playoffs consecutively for the past three years having achieved first, first and third seed respectively. We are in touch with current metagames and believe we would make great managers for this tournament.

Super Moderator
Signing up with my 1,789th post for the Terrors with Gingy

Signing up with my 150th post for the Terrors with shiloh

Me and Ninjadog would like to take a stab at this. In the past year, I have won RUSD as a manager, and brought my LTPL and RUWC teams to finals as well. Other than that, I have brought a win home as a manager in a previous LCPL, and helped my RUPL team make semis tiebreaker. Ninja has also had managerial experience in LCPL and LCWC. Ninja has been a keen right hand for me in many of these tours, as an honorary manager / clutch player.

When it comes to tournament results, Ninja is undoubtedly one of the hottest names in LC today, with his win in LC open and qualifying for Slam playoffs. I also had a good run in LC open, where I lost in the semifinals to Ninja himself. Ninja has been in every official team tour on Smogon, playing OU and LC. I have played in every iteration of SSD, playing Ubers, OU and LC. Both of us also have good experiences in all lower tiers. I am on the top 5 RU HoF, and Ninja and I have been involved with every tier's PLs, besides UPL. We have team wins for UU, RU, NU and LCPL.

Me and TJ Signing up for the Showdown Shooters

Put Yo Hitmonchan Hands Up Or Get Popped! Tagging everyone that owes me money Ophion dahli Minority 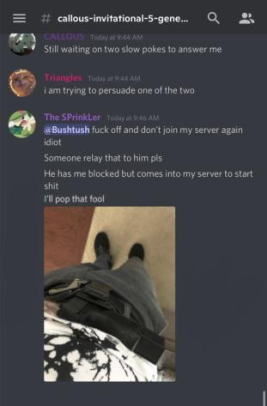 alright, believe it or not, me and devans2048 will be taking the orange islanders

Player signups will go up very shortly after the manager pairs are revealed.

Signing up with Askov again this time around (but seriously).

Askov and I have played in several team tours, with him winning 1 SPL with the Ruiners. We're both very in touch with lower tiers, and Askov has a deep knowledge of OU, having built several of the teams used by team Brazil in WCOP the last few years.

my heart goes out to all you sinners

hs said:
Signing up with Askov again this time around (but seriously).

Askov and I have played in several team tours, with Askov winning 1 SPL with the Ruiners. We're both very in touch with lower tiers, and he has a deep knowledge of OU, having built several of the teams used by team Brazil in WCOP the last few years.