LET'S GOO ABR, but let's see how you stack up with my wacky math during the playoffs.

I compiled a list of scores during the replays with number of pokemon remaining on the finalist's side (number of pokemon on the other's side does not count, even with forfeit). Here's what I got:

good luck to both

Super Moderator
Game by game predictions for the final.

BW: crucify - This game looks to be a must win one for crucify. It's his strongest tier by far and given his comfort and confidence in the team builder, this is the one I could see him take off ABR the most. crucify has gone 3-0 in BW throughout these playoffs so far and has used a varied selection of teams to do it, too. He even managed to get up all three layers of Spikes with a Froslass in the first three turns of a game two rounds ago; a feat so rarely accomplished it earned him two free tickets to go see the new Suicide Squad movie.

As for ABR, his BW play has been great as well. He's 2-1 in these playoffs, though the matches have been quite messy one way or another. In the one game he did drop he tragically needed to drop a +1 Dragon Gem boosted Draco on frisoeva's Tentacruel, but missed. Purely looking at ABR's decision making in the games, however, I'd say he's played all three of the BW games very well. My concerns stem mostly from the team choice side of things, as the Gastrodon sand looked all too familiar once more. It wouldn't surprise me in the slightest if crucify hung ABR out to dry off of match-up here.

DPP: ABR - I won't sugarcoat it, because we cannot forget that ABR did in fact get smashed by a Magneton in DPP last weekend. Altina definitely got the better of him both in prep and in play early on in the game. To his credit, however, ABR clawed his way back into the game nicely and going off the basis that Altina's last was going to be a Magnezone, he would've been set to even win the game. I think ABR is one of the best DPP players on the website, but this game might've been another example of him setting himself back too far with his team choice.

crucify's DPP games have been good to watch, too. Though, they might've been a little sweatier than he might've liked them to be. I mean this in both the game development sense, as well as the timer management sense of sweaty. Keeping all of this in mind, I consider crucify to be more of a wild card than a consistent factor in DPP. Alice farmed their DPP game in the first round quite handily with her Hippowdon, as crucify followed up that loss by then busting out a 2021 TyraniBoah variation against Mana. He may get it right with some crazy tech that hits the spot, but ABR is a much more proven and consistent DPP player in my eyes.

ADV: ABR - In another tragic example of the rich simply getting richer, ABR won the Callous Invitational tournament last weekend. I'll keep this ADV write-up shorter, because I just can't see ABR losing this game at all. Not against crucify, not against anyone. There is nobody in ADV I'd bet on over ABR at the moment, especially with the relay still being an official event in this tier. This is ABR's strongest of the five by far and he's ahead of everyone else in both the builder and the actual playing. crucify put up a solid game against watashi, but the gap in experience between him and ABR is a Grand Canyon sized one. Altina got taken out back in what is his best tier last round, while Marcop also got disposed of quickly for the Invitational. I'd be surprised if this game were close and I'd be in complete shock if crucify won it.

GSC: ABR - Well, I hope you've enjoyed the compliments, ABR. I will admit that ABR has managed to maintain the recent good impression he left on me as far as GSC goes last round, though he only did so by not picking it... To make matters even more conflicting, I've now learned that crucify is in fact a genius, as I believe he took a team from my replays and brought it against watashi. Unfortunately, watashi also brought that very team and getting run over in a mirror like that will give crucify plenty to reflect on, I'd imagine. That said, watashi qualified for these very playoffs through a dominant GSC Cup showing, whereas ABR has to approach GSC with more of a "losing is still experience gained!" type of mindset in 2021.

As for how this is gonna go, I'm going to make a mistake I've made before and trust ABR's ability to win a GSC game. He really did look sharp against frisoeva and I at the very least know that he's played, built and thought through this metagame a LOT before, even if simply watching his replays will make anyone lactose intolerant shiver. I can only imagine the nightmare you must've been in the sandpit as a child... Having said that, ABR can be great at GSC. Sometimes. crucify also just hasn't been from what I've gathered so far. The game against Aliss was sloppy, while he needed a lot to go his way against Mana to win there. Better the devil you know, right?

RBY: ABR - Neither of these players are particularly adept at RBY, though crucify seems more lost than ABR in these playoffs. He's 0-3 so far and when you don't actually grab the bull by the horns in RBY, it's usually just a matter of the better overall player making more structurally sound decisions. Then again, if anyone decides to randomly drop Snorlax or something insane like that, it's probably ABR as well. I'll back him for now, as ABR did beat Altina in RBY last round and isn't coming into this final having lost all three RBY games. Like a Starmie with 68 HP, it might be too late for crucify to recover now.


I'm rooting for my friend ABR here, but I do want to take a moment to congratulate crucify on his incredible run regardless of how this ends. For someone that comes from 1v1 and only figured out how to switch last year or so, you've surprised everyone by making it this far. I hope to see more of you in future tournaments, starting with SPL in a few months.

Great run to Crucify, you proved a lot of people wrong.

Past From Far Distance 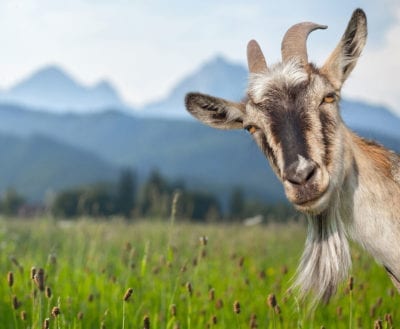 Congrats ABR! I think I can now truly say you are objectively the best player in the history of this site.

congrats adam, proud of you. first to 4 individuals in spite of smogons very long history is an achievement to be celebrated

congrats to crucify for your incredible run too. classic finals is no small feat and im sure youll remain a consistent face in the competitive scene

gz Uncle Breeze , nice fourth trophy, that was a fun series to watch

Congratulations ABR, 4 individual trophies, you forever goated in my eyes. Crucify keep your head high, you played well, there will be others!