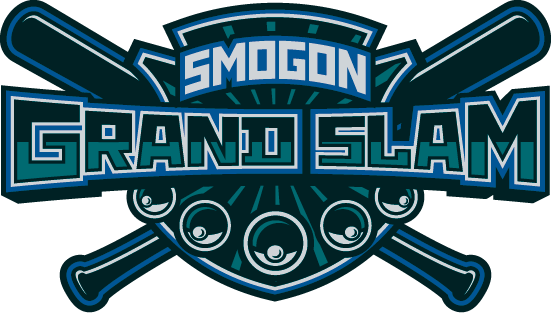 Hi everyone! I am here to introduce one of our yearly official tournaments, the Smogon Grand Slam, sixth of that name! This time, the SM tiers will get the spotlight, allowing you to play no less than five metagames in a high-level tournament! SM Ubers, UU, RU, NU, and LC will all be included in the competition for the coveted turquoise Trophy.

The format consists of five separate tournaments: The Ubers Open, The UU Open, The RU Open, The NU Open, and the LC Open. The big difference from previous years is the removal of two previous Opens; both the Doubles and PU Open were removed and the tournament has been locked into a 5 Tier Format for the remainder of its run. You will be allowed to join all 5 Opens similar to the previous year, but you will receive points for every run instead of the best 5 like the previous year.

Points? Qualification? Depending on your performance in each Open, you will be awarded points. The point system is the same as the one used in Smogon Tour, Smogon Classics and previous years of Smogon Grand Slam (see this for further explanation). When all the Opens have been finished, the twelve players with the most points will qualify to the play-offs. There the battlers will duke it out in a single elimination best-of-five series until there is one Grand Slam champion.

Signups for each Open will be posted after the first round of the previous Open is completed. The hosts are allowed to play in the tournament that they are administering, as long as they elect someone else to create pairings. Here is the list of the five Opens and the dates each signups will be posted:
If there are any question, post in this thread and I will answer them as well as I can.

If a tier shift happens to occur during a round, it will not be taken into account until the following round. Keep in mind that this tournament is entirely SM and does not include metagames from past generations.

Be sure to join the Smogon Tournaments Discord, https://discord.gg/AbkZbWd, if you have any questions or wish to ask a host about a decision. Best of luck if you decide to join! n_n

DO NOT RESPOND TO THIS THREAD WITH IN, POST IN THE TOURNAMENT THREADS WHEN THEY GO UP TO JOIN THE TOUR​
Last edited by a moderator: Jul 24, 2017

Since this is the introduction, I will introduce myself into this tournament by posting: How do I join an open? Do you have to try out? Or is it as simple as your average tourney, where it's first come first serve?

Reviloja753 said:
How do I join an open? Do you have to try out? Or is it as simple as your average tourney, where it's first come first serve?
Click to expand...

post "in" or "fuckfinch" in the respective threads when they open.

I'm a German this year, that means I can now win Grand Slam right?

Hi, i'm new but i really want yo register at all opens. Who should i talk to about this? Thanks!

advantage, kingler or pearl to win this

Estamos ATR said:
Hi, i'm new but i really want yo register at all opens. Who should i talk to about this? Thanks!
Click to expand...

all you have to do is to post "in" in the specific sign up thread of each open, which will go up on the dates listed in the OP

DO NOT RESPOND TO THIS THREAD WITH IN, POST IN THE TOURNAMENT THREADS WHEN THEY GO UP TO JOIN THE TOUR

You guys are all savage lmao

At which hours will be the tours?

faketuit said:
At which hours will be the tours?
Click to expand...

rozes said:
DO NOT RESPOND TO THIS THREAD WITH IN, POST IN THE TOURNAMENT THREADS WHEN THEY GO UP TO JOIN THE TOUR​
Click to expand...

I'm trying to join the discord and ask questions in the chat there, but I need to be verified on the server itself, what do I need to do or who do I need to talk to?

Before I knew it, this dream was all gone

pm a tournament director on discord, like rozes or HODOR

This might seem quite obvious, but I've never entered any Smogon tournaments before. Is this on Showdown or In Game battling?