OU Forum Leader
Congregation of the Classiest (1) vs Alpha Ruiners (2)
SS OU: Insult vs FLCL - This one is very hard to predict. Both have performed similarly well throughout the tour, sitting at 7-3 and 8-3 respectively. I am personally pretty high on Insult as he has been consistently solid, but FLCL is more proven in team tours overall so I'll give a very slight edge to him.
SM OU: KratosMana vs Empo - Empo has been putting up a show recently. He's been smashing everyone in Smogon Tour, amassing two Tour wins in two weeks with one being SM, and has been performing very well in SPL too. Anti has been doing great as well but rather in GSC, and it's been a while since we've seen him perform in SM. I have drunk the Empo Kool-Aid, decent edge.
DPP OU: Tamahome vs Alexander. - Tama is 3-1 in DPP this tour while Alexander has yet to play it, instead focusing on ADV and RBY. Both are very admirable players but I definitely favor Tama in this gen.

SS OU: Insult vs FLCL - To be honest I think mncmt should have won the game vs insult and while Insult didn't play bad that game the fact mncmt was able to get a favorable match up I once again have to favor FLCL in the bringing better teams department otherwise really close game.
SM OU: KratosMana vs Empo - Empo is insane and I think he matches up well with Anti, he has the experience of playing consistently when SM was around throughout its evolution so he knows all the archetypes and he actively laddered so he wont be caught off by any surprise techs either like maybe other people would.
DPP OU: Tamahome vs Alexander - to be fair I wanted to bold Alexander here but that's only because I am envisioning a para spam team of sorts just lucking the shit out of Tama / aside from that Tamahome is the greatest DPP player ever so he should win.
Last edited: Mar 25, 2020

I'm interested to see if and how Tama (with Excal's help) will try to exploit Alex's lesser knowledge of DPP's ins and outs, as well as if and how Alex will look to split the difference (this doesn't necessarily mean cheese). I look forward to streaming it live, but more importantly, I look forward to a game that shows how great DPP can be.

The Congregation of the Classiest (2) vs. The Alpha Ruiners (1)

Tiebreaker:
SS OU: Insult vs FLCL | Insult's been impressive this tour and has rebounded in a solid way from a mid-season rut. He's definitely better than I thought he was going into the tour. That being said, FLCL has also heavily surpassed my expectations. I thought that he was definitely an overpay, as his track record outside of lower tiers was never anything to write home about. He has somehow managed to have the best tour of his career so far, though, and I think he has a good shot of getting his 9th win here. I thought FLCL was better than Insult going into the tour, and he also has performed a bit better as well. That's enough for an edge here.
SM OU: KratosMana vs Empo | Well. You all knew this was coming LOOL One year after the Ruiners chose to slot in a random lower tier mainer with hardly any OU experience on the big stage over him, Empo finally gets his chance to shine in the tiebreak. I still haven't consumed the Empo kool-aid, as you all know, despite constant pressure at every turn from the Smogtours community. Empo has admittedly been pretty good as of late, and absolutely thrashed blargh in one of the most lop-sided games of the tour in the finals. If he manages to take down anti in the tiebreak, I'll definitely have to drink some of the kool-aid. That being said, it's not like anti's been a slouch this tour. He's thoroughly impressed in a tier he hardly had any experience in before this tournament, and definitely exceeded my expectations. I've always been a believer in Anti, ever since I drafted him for 10.5k back in SPL VI. He's been a consistent force throughout the years, and I think that he is more skilled than Empo. Anti's better at SM than SS, as well, so the Ruiners choosing to pick SM should benefit him a bit as well. Going to trust anti to fulfill the narrative and help bring the Classiest their second trophy.
DPP OU: Tamahome vs Alexander. | THE THINKING GEN AKA THE VARIANCE MADHOUSE IS BACK ONCE AGAIN IN THE TIEBREAK LOOOOOL oh my god. For seemingly the first time ever, though, picking the thinking gen was actually the right move. The Classiest didn't really have any edges besides Tamahome in DPP, outside of Doubles; of course, no team is ever going to pick that tier unless there's really no other option. Tama is arguably the best DPPer of the modern era, having amassed countless solid records with his trusty Jirachi by his side. If anyone can win a thinking gen tiebreak, it's Tamahome. However, this game most certainly will not be an easy one. Prinz has been rolling as of late, and demolished Tama in the finals in ADV, in fact. I've always been a Prinz believer, but he certainly does not have anywhere near the track record in this meme tier that Tama does. That being said, it is the thinking gen, so I'll only be giving a slight edge to Tamahome.

crazy to see the two teams that beat us in the regular season now in the finals and down to tiebreak. looking forward to this

RU Leader
let's get it tamahome

SS OU: Insult (51) vs (49) FLCL - Insult has a bad habit of bringing dog teams and inventing a new cat set for every week, usually about as useful as the previous one. However, he always finds a way to win and he seems to have completely recovered from his brief losing streak from around the middle of the season. FLCL has been looking unstoppable and while it's hard to see him lose in his current form I think Insult's unique playstyle will give him a slight edge
SM OU: KratosMana (45) vs (55) Empo - Antis crazy good and this isnt the first time he's had to clutch a tiebreak but Empo has been dominating lately and definitely has an edge in both teambuilding and the metagame department, I think italians in general have a very hard to beat approach at SM and this should be a good enough advantage for him to take it
DPP OU: Tamahome (60) vs (40) Alexander. - Alex sent Tama all the way back to DPP but there's no way he doesn't take his revenge here, should be an entertaining one

let's get it Alexander

PRINZ LET'S GET IT! 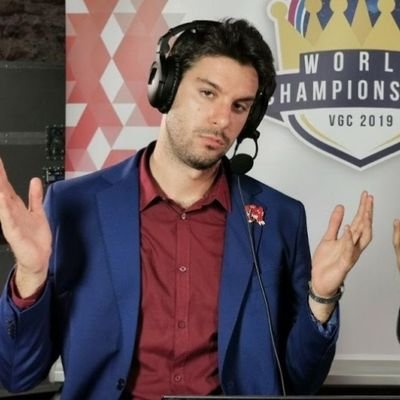 SS OU: Insult vs FLCL - Interested to see how this game will play out as both of these players have been key pieces in the success of their teams. I think it makes sense to favor FLCL slightly due to having more team tour experience overall, but this could go either way. Looking forward to what these guys decide to bring to the game.
SM OU: KratosMana vs Empo - Empo has looked very dominant these past few weeks and his team choices have been super reliable as well so I expect him to get a big win for his team, however this is another match that could go either way since Anti actively played/built in SM and has had a great tour himself. It's hard to ignore what empo has done recently so I think its logical to give him a slight edge in this match.
DPP OU: Tamahome vs Alexander. - This is a lot closer than I initially thought, but I have to give Tamahome a small advantage due to him being a more proven DPP player than Alexander. Despite Tamahome being favored, it seems like Alexander has been pretty dominant himself the past few weeks in ADV so this is another match that could go either way.

Looking forward to these games

Moderator
SS OU: Insult vs FLCL: Insult has probably been the most dominating SS OU player in individual tournaments so far winning the Invitational and making it to R7 of OST. However, Fooly to me has been the most exciting SS OU player to watch this SPL. He has an excellent understanding of the tier and always brings cool new sets like scarf aegislash or sub dd kyurem. Both are great and this is an incredibly even MU. In a Bo3 setting I maybe would predict on Insult, but just based on their performances in this tour I gotta go with FLCL.
SM OU: KratosMana vs Empo: If this was SS OU then I would probably predict Anti to win this, but since it is SM... I simply think that Empo is an absolute beast in SM, he has played at his best lately and I just can't predict against him.
DPP OU: Tamahome vs Alexander.: Huge Alexander-fanboy here, but can't go against one of the very best DPP OU players oat.

these are pretty dope tb games honestly, gut says fooly tama then it'll come down to anti vs empoo

would be nice to see anti & snagass bring the red or for the hometown team to defend the trophy despite what ppl have said about the new version of the roster, gl

where the fuck r the bigs

starry blanket said:
where the fuck r the bigs
Click to expand...

Not in playoffs as everyone expected.

Be it a stone or grain of sand, in water they sink

SS OU: Insult vs FLCL
As far as I'm concerned, Insult is the best gen 8 and gen 7 player in the game at this time. FLCL is fantastic and I have nothing but respect and admiration for him, but I'd pick Insult in gen 7 or 8 against literally anyone.

SM OU: KratosMana vs Empo
I view this match as the closest of the three and I wouldn't be shocked if it went the other way. Anti is just ridiculously talented as a whole and I view Empo as a high ceiling, low floor kind of player who is prone to tilting and maybe doesn't handle pressure well. Anti, conversely, is the kind of guy who I think rises to the occasion. For this reason, while Empo may objectively be the better gen 7 player, I'll throw my chips in on Anti.

DPP OU: Tamahome vs Alexander
In most gens, including gen 3, I think Alexander is the superior player. In DPP, however, while Alexander is rock solid, Tama is the GOAT. Alexander beating anyone wouldn't shock me, as he's one of the overall best players in the game right now, but the same way I'd pick Insult against anyone in 7/8, I'd pick Tama against anyone (other than maybe prime Osgoode) in DPP.

So, while the six players here are all super super talented and it's unsurprising any of them are here, and while any of the matches could go either way, in my eyes Classiest have the advantage to various extents in all three of them and I believe they will, whether it ends up being a 2-1 or a 2-0, be the SPL 11 champions!
Last edited: Mar 24, 2020

be gentle, be kind