>Spreadsheet<
>Games Schedule<
>Season Schedule<​
Welcome to the twelfth iteration of SPL, SPL XII. In this tournament, 10 teams containing the most bestest players on Smogon duke it out every week, attempting to gather as many wins as they can to reach playoffs. Many of them will fail, while some will bloom. Whatever the case, the matches will be exciting, so without further ado, here are tournament rules and the matchups!

Congregation of the Classiest (3) vs (7) Cryonicles

Congregation of the Classiest (0) vs (0) Cryonicles 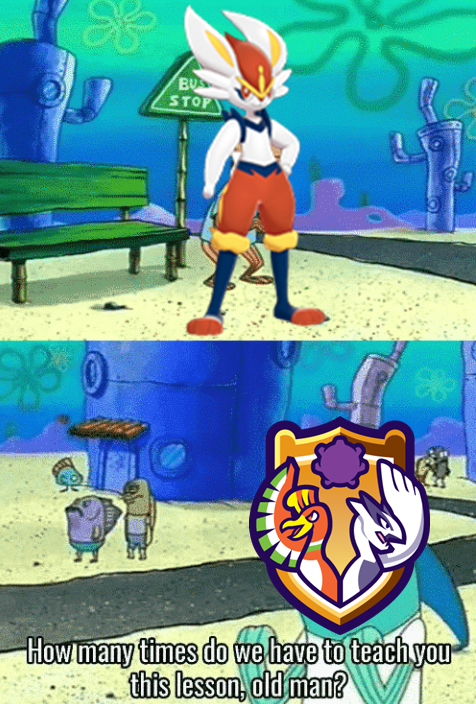 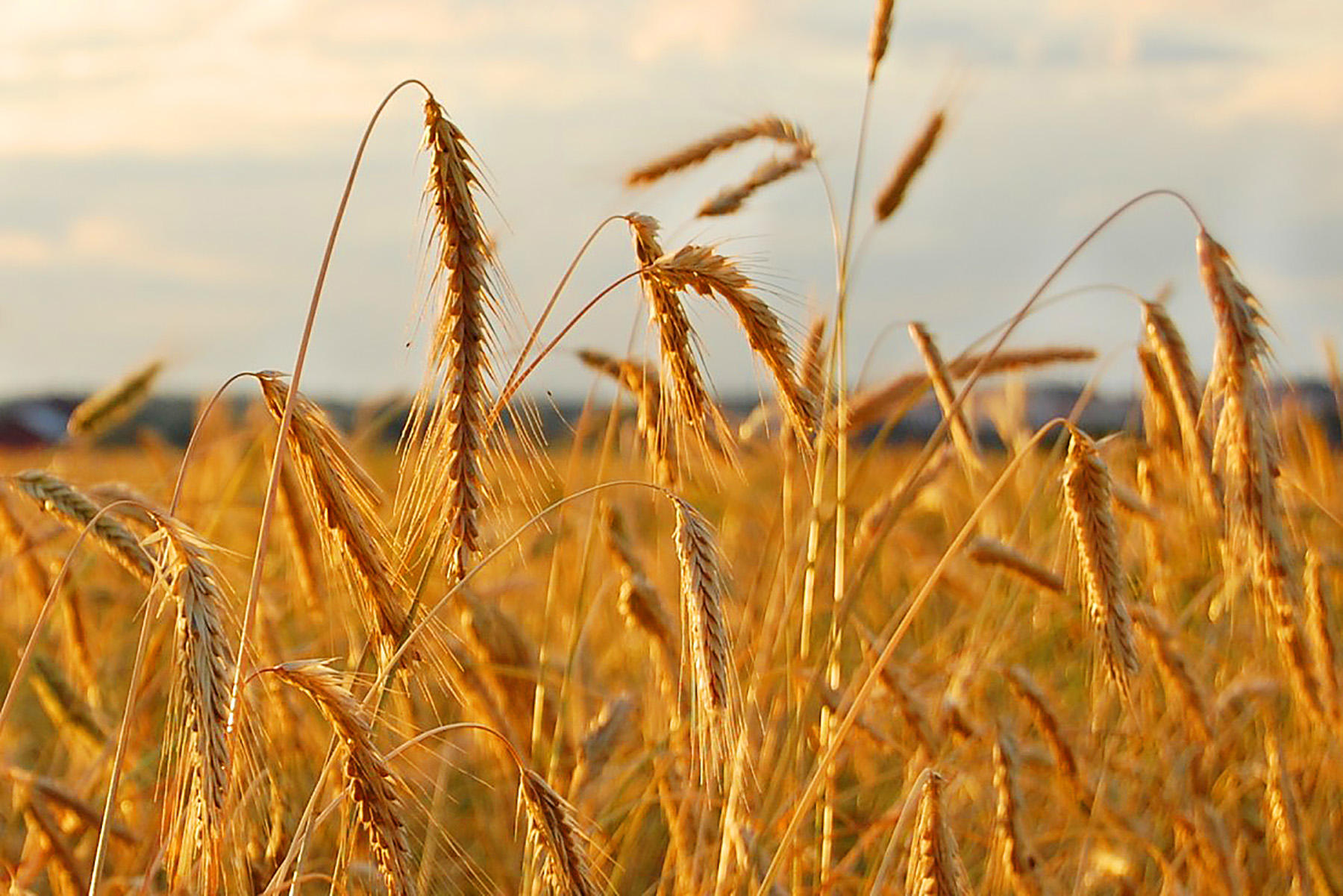 Rooting for TC and the Cryonicles! Rooting for the Nailses in the rye

a handful of these matchups were fairly close and the deciding factor came down to 1 team being out and the other being very much in contention.

Congregation of the Classiest (5) vs (5) Cryonicles

SS OU: Sacri' vs Eo Ut Mortus
two good players and good friends very much in their "flop eras" recently. the DLC 2 metagame hasn't been very kind to either of them so far, especially compared to their normal standards, but the tier going through one of its most drastic changes since DLC 2 dropped might be the kick in the butt both players need. for the uninitiated, eo loves ruining sacri's day. even though he might be doing a bit worse than usual in this tour, i am confident he will bring his A game to make a french teenager mad. i'm also confident that sacri will try a bit harder to make sure he doesn't lose (again) to his tormentor. yes, eo is undefeated vs sacri. i would say sacri is the better player of the two overall, but i'm giving an edge to eo because i expect sacri to not immediately settle into the new metagame. eo isn't known as the best player in fresh metas either, but this change is just the right size for him to find an opportunity to bring some bullshit that will make sacri tilt. i hope, at least. that'd be really funny.

ORAS OU: London Beats vs Sjneider
definitely an upset pick, and no, this isn't because london beats is 3-0 (that game vs frania... tragic). i like the guy's teams. to me, his style really exemplifies the current ORAS metagame, now that things have settled a bit since the first couple weeks: the meta finds balance in its imbalances. he embraces the power creep that we had all complained about when ORAS was the current gen, whether that's by bringing aggressive teams with interesting sets (that latias vs vulpix... so sick) or by bringing a teched out stall that pressures these teams. neider is certainly the better player, and he was on a pretty good trend with his team choices, but i think lately he's become a bit more predictable. a lot of players have settled into the ridiculous metagame that started to show itself around week 2, but across the board we've been seeing that adaptation is needed to not lose right now. this is both helped to "balance" the meta and to punish those who have started to use these choices like a crutch. i don't think neider is totally in that camp of purely relying on serp screens, but he leans into it a bit too much. gut tells me london is gonna roll a fantastic matchup that neider will have difficulty outplaying.

DPP OU: BIHI vs mael
two of my three favorite DPP players to watch in the tournament. i'm interested in the dynamic at play here: mael had a rough start despite (mostly) solid play, but he's now on a 3-0 winstreak (with some luck). bihi has also looked extremely good throughout the tour, but his record might be a bit more indicative of where he's at compared to mael's. interested to see if mael continues the streak vs a tough opponent like bihi. nonetheless, i do think bihi might be the best player in the pool overall, but the pool is also really really competitive. i give bihi a slight edge for this reason, but it's a very slight one..

ADV OU: Tamahome vs umbry
i know jack shit about ADV, but i'm excited to see how tamahome does in this one. his SPL started out pretty rough, but then last week he beat the best player in the ADV pool in a fashion that was deserving of a BKC video. crazy. he's one of the goats, so his games are always exciting. what makes this one more exciting is how impressive umbry has looked. she's a really good player in general, whether it's DOU, ADV, SM, SS, whatever: she can play it all. giving tama a bit of an edge here in hopes that he's turning it back around.

GSC OU: Zokuru vs gorgie
zokuru is known as the stall lord and gorgie is known for aggressive plays and aggressive teams. both are really wild players in general, but their different playstyle preferences might make for a cool game here. in the GSC thread, i insisted floppy would go 9-0. he's 3-3, but we're too deep into this now for me to stop bolding him. in all seriousness, both are great players, but floppy is much more experienced and probably has a higher ceiling.

rooting for the tigers

Looking forward to the ADV games.

Looking forward to the raiders games.

SS OU: FlamingVictini vs talah - FV not only brought a Nidoqueen, then sacked it to Tapu Lele ( fine cause Nidoqueen garbage), he brought out Cinderace without knowing its Scarfed and proceeded to get a mon that normally wouldnt die until 100 turns later, killed. FV clearly doesn't enjoy SS the way he plays and although talah lowkey a memer when it comes to the teambuilder at least he builds and plays like he wants to win. Sidenote Talahs Spectrier sand team Week 1 should be in RMT archives.

SS OU: Eeveeto vs Bloody alfa - bloody plays better and uses better teams. Eeveeto memes too much in the builder and plays the matchup fishing game and doesn't help he has a tendency to not click the most basic move necessary to progress game forward in his favor.

SS OU: mncmt vs reiku - Havent watched a mcmt game that I know of since all the SS stuff look the same, probably wont unless I just catch it randomly.

SS OU: watashi vs Luispeikou - Cleaned up with Specs Bro last week. Like the team Adaam used would've got cleaned up by Specs Lele too but flcl brought Specs Bro and clicked two buttons with it. Incredible. The trade was well worth it.

SS OU: Ox the Fox vs 1 True Lycan - Ox you're my guy but time to step it up. If you're gonna matchup fish now or never bro. Lycan gonna try to triple switch you to death and I would hate that it had to be you bro. I'm still rooting for you.

SS OU: lax vs bro fist - I think this will be a very good game honestly. I've been impressed with lax's grasp of SS OU and everyone knows what bro fist is capable of so looking forward to what will be brought from the both of them.

SS OU: Garay oak vs Serene Grace - I've only seen Serene play the one game last week where they won in a nice display and I know Garay oak is picking up some traction as a good player in general so no predicts just hoping for good game.

SS OU: Niko vs John W - John W walks around the SS OU tier with a big sign that says "Please don't bring Kartana against me" but somehows pulls the win more often than not, impressive, if boring to watch. As long as Niko tries to use something consistent and not bring something like he did in Week 5 with 4 fire weak mons in a tier where Cinderace was legal and 6-0d by mono fire Volcarona he should be okay.

SS OU: Sacri' vs Eo Ut Mortus - Might watch, dont know. Eo plays and builds like he's bored, not just of SS, Smogon in general. Like if he had to choose to watch paint dry or play mons he would pick paint dry then go walk a group of cats. I don't blame you man it be like that sometimes. Very uninspiring to watch.

SS OU: Gefährlicher Random vs 100percentpureheat - Might watch cause these two are good even with their goofy as hell names. Not pronouncing the first one ever just gonna call you GR.

SS OU: ima vs beatiful - This is actually a highlight game if any out of the batch not sure who to pick both bring solid builds both play well. Wish the best to both.

SS OU: devin vs Separation - Separation plays and builds like he's uninspired as well even more so than anybody in the SS pool. It's painful to watch to the point devin has advantage because he's going to want to win and be mega tryhard, making sure not to forget his steel types. Biased prediction.

SS OU: Storm Zone vs Gtcha - Storm pretty clearly, would be surprising if he loses this one as he's dominated tougher competition. SS a tier rewarding solid builders it seems and Storm one of the guys leading in that department imo. Gtcha and Eeveto created what is possibly the worst SS game in 2021 so far in Gtcha losing a perfect matchup and clicking U-Turn 3 times on contact punishing mons and thats even after Eeveto almost threw the game away.

won vs Santu, gg., sorry for the timeout L

a game w/o screens :O

Finally got to try the raiders shirt

I only financially own the raiders. Tag the managers in these petty affairs.