Congregation of the Classiest (1) vs (4) Circus Maximus Tigers

Congregation of the Classiest (0) vs (0) Circus Maximus Tigers 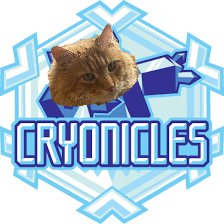 Good luck to all the teams but the Bigs, Hopefully I get to see Vulpix03 and Ox the Fox suffering. wish nothing but bad luck to every player there

OU & NU Leader
Good luck to the Bigs. Hopefully I get to see Vulpix03 and Ox the Fox succeeding. wish nothing but good luck to every player there

​
Unfortunately, the sharks were not able to get it done in week 1 against the congregation. Despite strong SV performances, the Classiest really came back in the old gens. The Sharks will unfortunately lament that TDK and obii will likely not become enriched this season.

Classiest Casualty of the week goes to mind gaming for making MichaelderBeste2 look like a random using Ash’s team on the ladder with his 9 turn beatdown. If only the rest of the sharks would mind gaming as well as he did…

The Classiest take on the Tigers in week 2, who are looking to bounce back from another 7-5 loss. MichaelderBeste will hope to avoid looking like MichaelderWorste when he plays against the maturely named TPP, Seasons makes like winter and looks to expose a random, unprepared person, and Century Express has reason to Fear one of the oldest people in the world. GANHAMOS Tigers!!!
Last edited: Monday at 10:45 AM

i think 9/10 of the teams have a very good shot at making playoffs. this looks like one of the better and more competitive spls. have fun everyone

Congregation of the Classiest (6) vs (6) Circus Maximus Tigers

Thrown in a fire?

I want some drama and controversy.