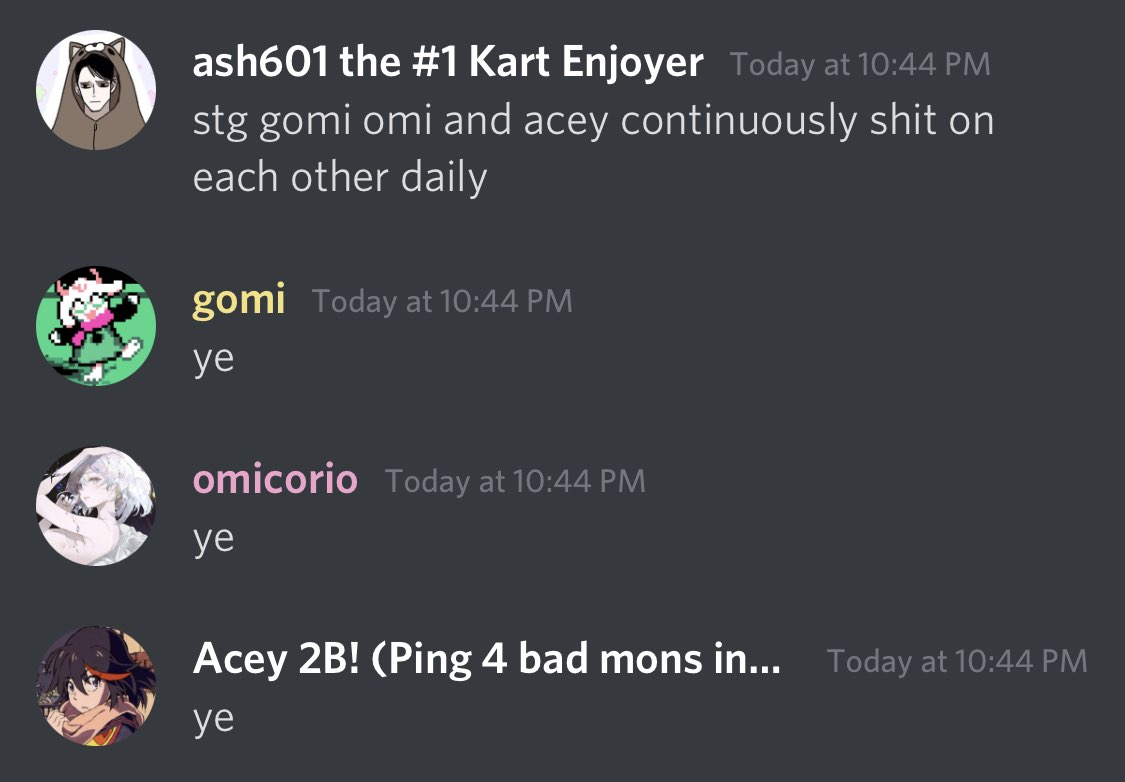 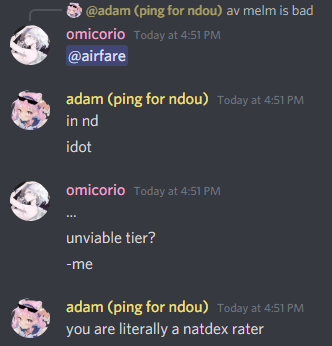 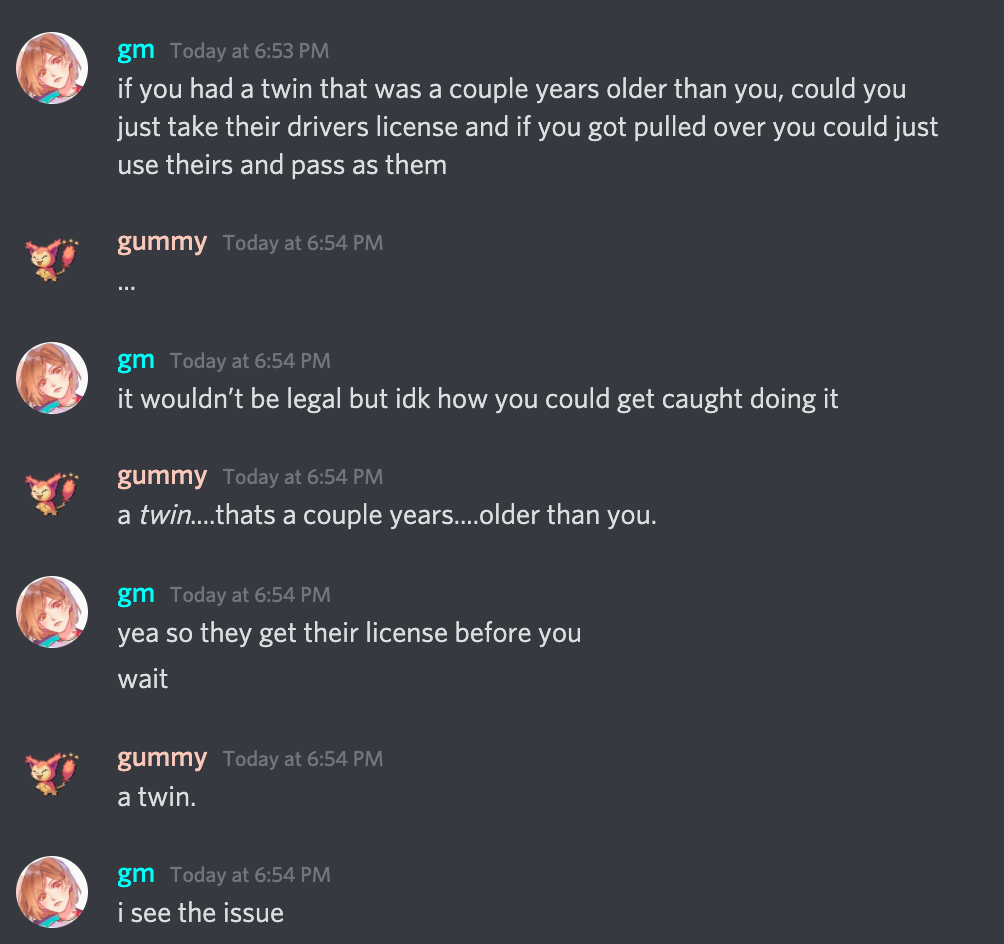 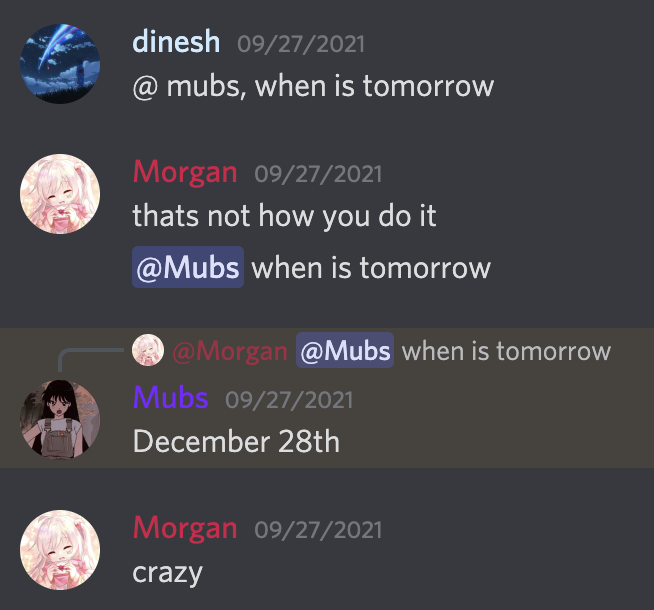 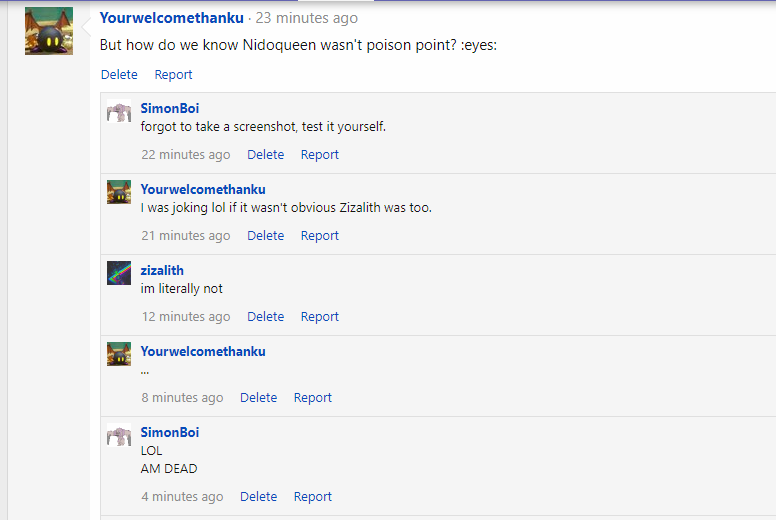 The funniest shit I have ever seen in MY LIFE. Also...
You good zizalith. If you don't know the context behind this, check the RU NBT Thread. Link
(This is on my profile so you can see it rfn because there is a 100% chance that zizalith would delete it because of shame.)
Last edited: Oct 7, 2021 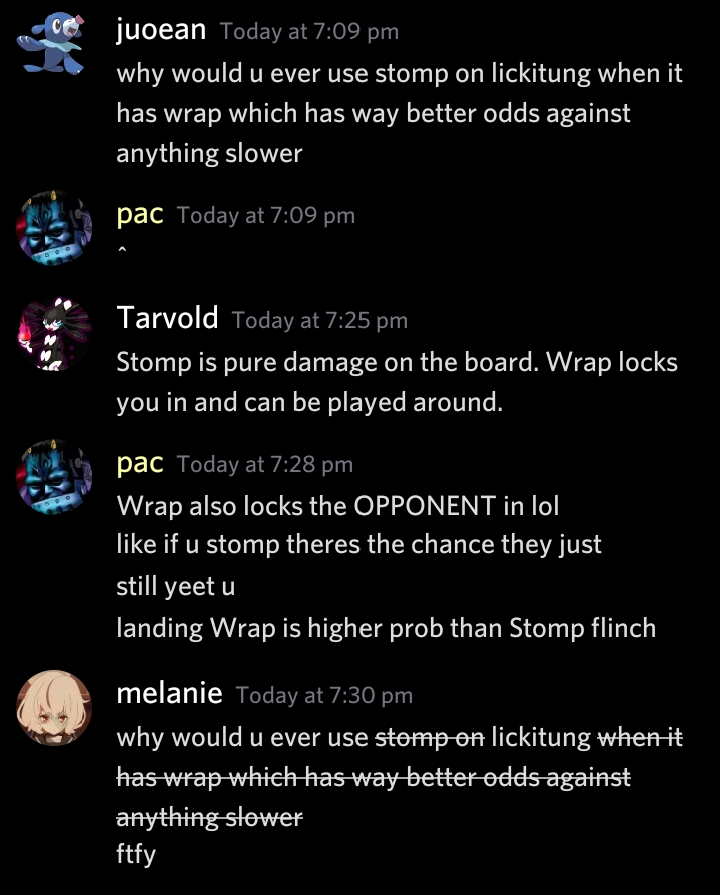 Erin says: if you don’t like a quote then make one you like dude. it’s easy. yes, i am referring specifically to you, you miserable computer user. 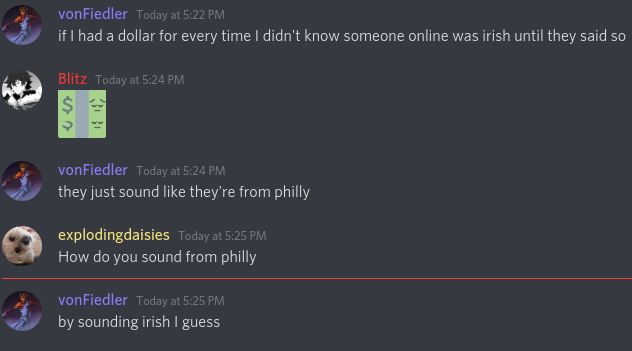 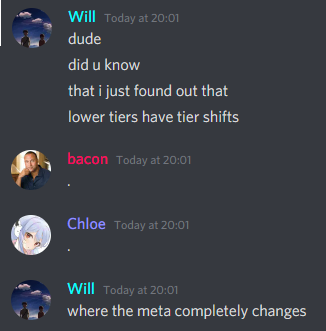 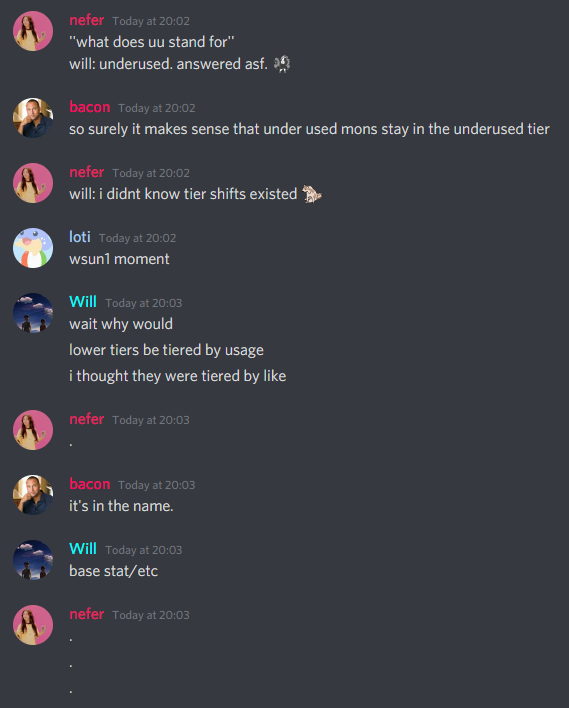 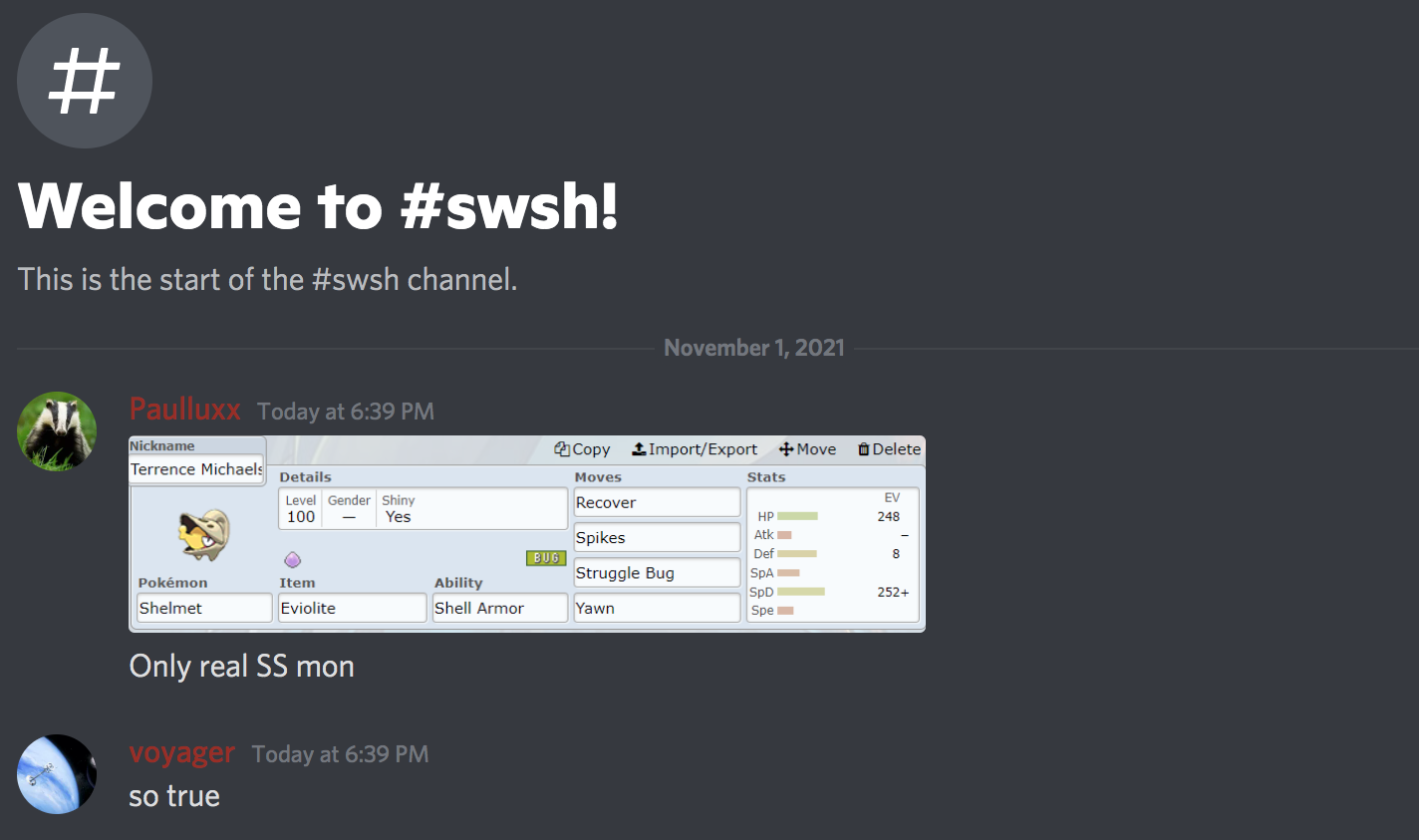 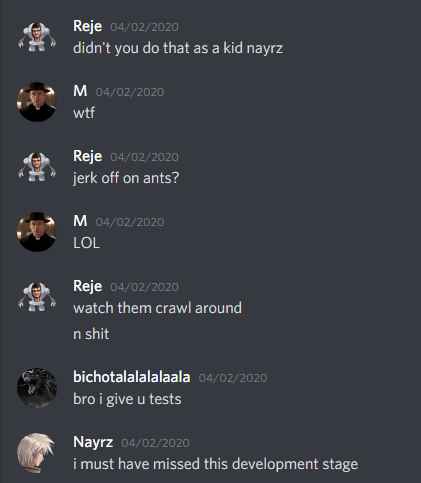 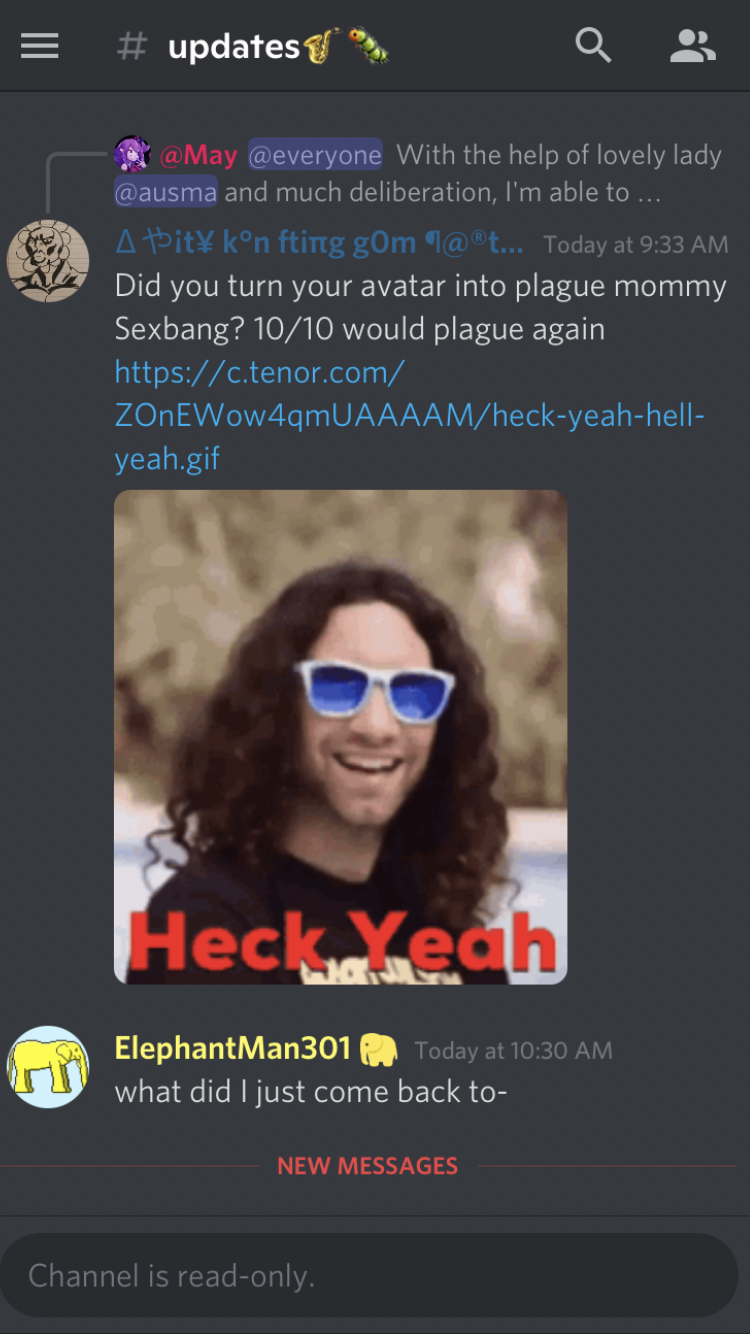 I'm Deko (leader of The Nebulox)

LtHeartless: oDapa stop it with the bad takes
oDapa: my takes arent bad you just not woke like me bro
chungeamonge: How does one get woke like you
oDapa: first of all
oDapa: you gotta be good at smoking weed
Aint got a CV: lol what 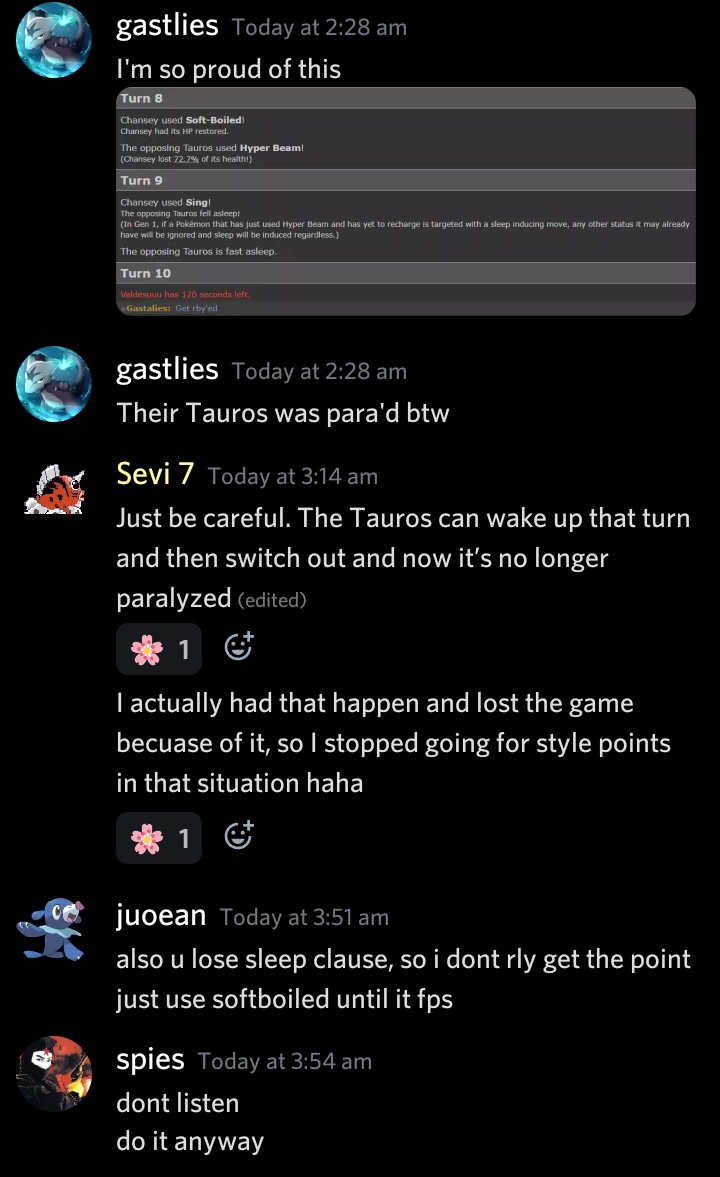 I was trying to make a Baton Pass Espeon with HP Fire or HP Water in Gen 2 OU, but I wanted a female one for reasons (like Attract shenanigans). GSC DV and Gender magic tells that Female species of mons with a Gender ratio of 7:1 (like Espeon) can only have an Atk DV of 0 or 1, which makes HP Fire or Water have lower Base power (or even impossible, I think[?]). Akyrys bypassed this by simply not using HP, and using the move I wanted to avoid by being a female Espeon: Attract. 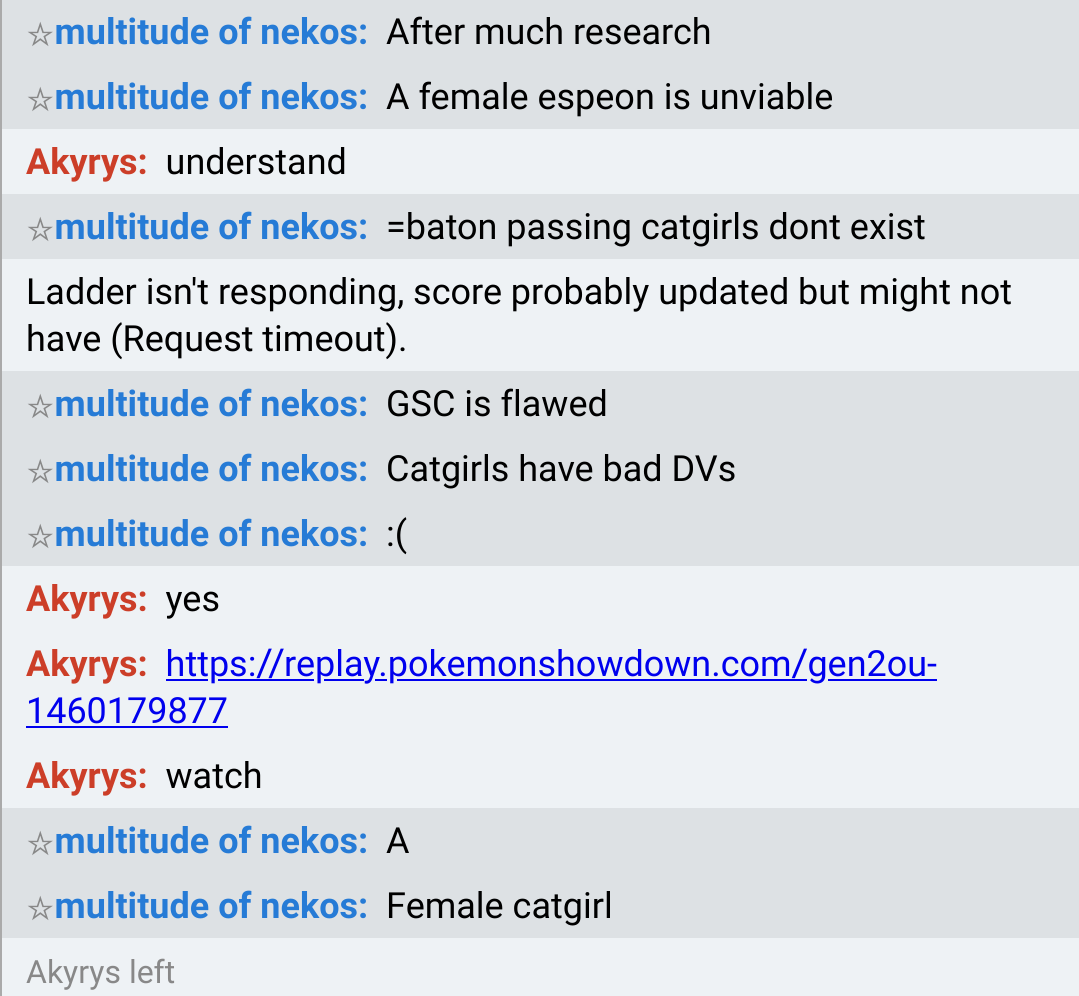 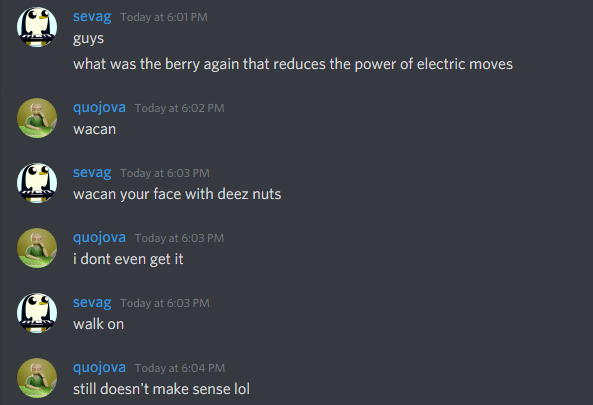 in counter-terrorist voice the bomb has been defused. 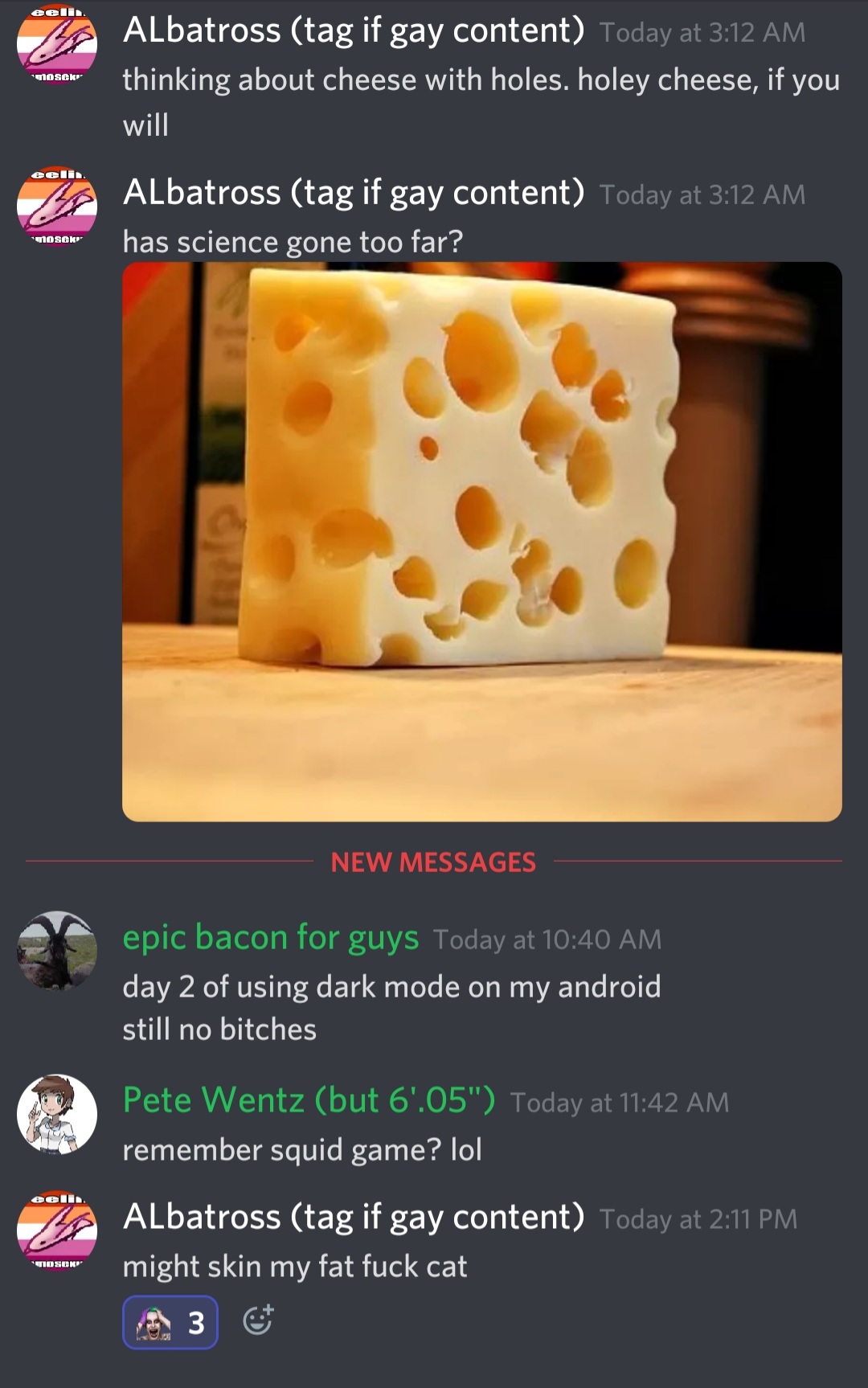