Might be the goat decider series but I think Roroat aka my og is gonna come out on top
This is not only because I fucking hate the way Abr plays, as blunder would say, “like a pussy”, and the way he builds which, according to blunder, is also “pussy”. Hope mcm brings anything more than 100 base speed because the sw series was thoroughly and utterly disappointing due to freeze and rolls
No hard feelings to Abr not hatin or nothin he’s a great player and enjoyable to watch but impossible to cheer for due to lack of “overcoming misfortune” narratives and unwatchable teams+playstyle
Fuckit im hatin
Roroat

McMeghan will cook this boy like a well done steak. ABR thinks he's the world's greatest gentleman when he drops a gg after lucking someone, but in reality he's being an unempathic little BITCH!
Last edited: Dec 13, 2019

You can kill me if I kill you first

I hope we will have a reimagined final. Two veterans fighting, a good series is awaiting us.

anyone knows when the match is scheduled ?

Mimolette said:
anyone knows when the match is scheduled ?
Click to expand...

considering mcm is playing its probably at the end of the next one of these: https://en.wikipedia.org/wiki/Maya_calendar#819-day_count

16. McMeghan vs. 2. ABR - We're finally in the finals of the tournament everyone stopped caring about two weeks ago. For the first time in like seven seasons we have two of the top dogs here as well. I'll be swift since I mentioned most of the stuff in the semifinal post: Roro got bailed in SM, but found the correct pathway in ORAS early and won without much trouble. ABR got lucky in ORAS, but I have a hard time seeing SoulWind win that game in the long run. The BW was close and could've gone either way. ABR will never make the mistakes that Quaze did against Roro, and is a clear favorite despite his 3-0 SM record so far. It seems to be reasonably clear where McMeghan goes for his ORAS teams, but ABR is sturdier than anyone there. Despite saying this last round and being wrong, I think someone will finally punish ABR on his team choices, but even then he will be favored. ABR's BW doesn't get enough credit in my eyes, and while Roro is an all-time great, this is a fairly equal match up in my eyes.

Writing this got insanely boring really fast since the delay made me lose all interest in this tournament, but I think ABR is favored in ORAS and SM, and is up to par with McMeghan in BW, so my pick is him. However, if McMeghan wins, I REALLY hope he pulls something like this again:

That was probably the most entertaining series i've had the pleasure to watch. Rollercoaster from start to finish. Kudos to both. Thanks for the show!

The Walls are Crumbling

Congrats ABR, glad to see you finally did it! Fantastic run Roro.

congratulations, Adam. This series is and will be a true source of inspiration; thanks for the showing :3
Last edited: Dec 22, 2019

Grats to both players. Nice finals. Copycat Final Gambit Clef will be remembered

OU & NU Leader
What a wild ride. The sheer level of hype surrounding the final stages of G3 was unlike anything else I have witnessed over years I have followed Smogon tournaments. Congrats to ABR for winning and showing yourself as the most consistent player out there rn. Congrats to McMeghan on a strong run, demonstrating unmatched levels of creativity in the builder and in the games themselves. 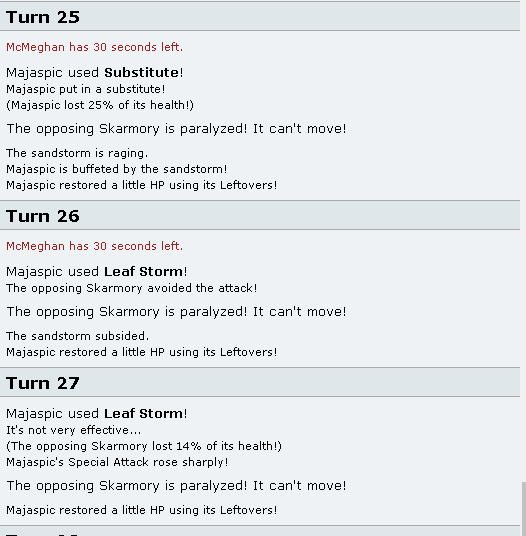 That ORAS game is one for the history books. Copycat Clefable...

BW was a great send-off too.

what an intense series