won a game on ladder today https://replay.pokemonshowdown.com/gen8ou-1458015398-mb81zaezl3qe6hgu0iay5fojt9r4ni2pw
feeling good for next stour, does anyone know when it is?

wanna give shoutouts to Skypenguin QWILY Acey 2B ckw and my scl teammates for team help to even get here, happy with making it but I def played these ones poorly. Hope to be back here in the future, still got a lot to learn

egalvanc said:
I lost against Pierrick and I choked a couple of times in the ss and the oras game, I completely deserve this loss, my opponent is the worst player I've ever seen on this website so he will get eliminated in the next round, he's such a johner at scheduling, he doesn't clarify what time we should play and I never spammed him this time around, having that said, SS wasn't a tier I had touched recently cause I quit during olt cause I didn't feel motivated to participate beacuse of something that certain users I've spoke to know very well, but im still proud of what I did in the other two gens, I commited crucial mistakes that didn't let me win this time but I feel like I played well especially in the SM game. In the ORAS game he did some stupid plays that gave him the advantage (staying with weavile in front of skarm) I had to do some insane stuff to try and pull it back but he got every roll possible cause he is the luckiest player I've ever played against.

All in all, I'm proud of having qualified twice in a row for this tournament, although I feel like I didn't play at the best of my ability, but I will be back STRONGER THAN EVER and when that time comes, I WILL WIN.

Shoutouts to myself for all the teams I used during all this season, as always, it was a pleasure to play, see you all next year but next time I promise to myself: I WILL WIN :) Have a nice day!
Click to expand... 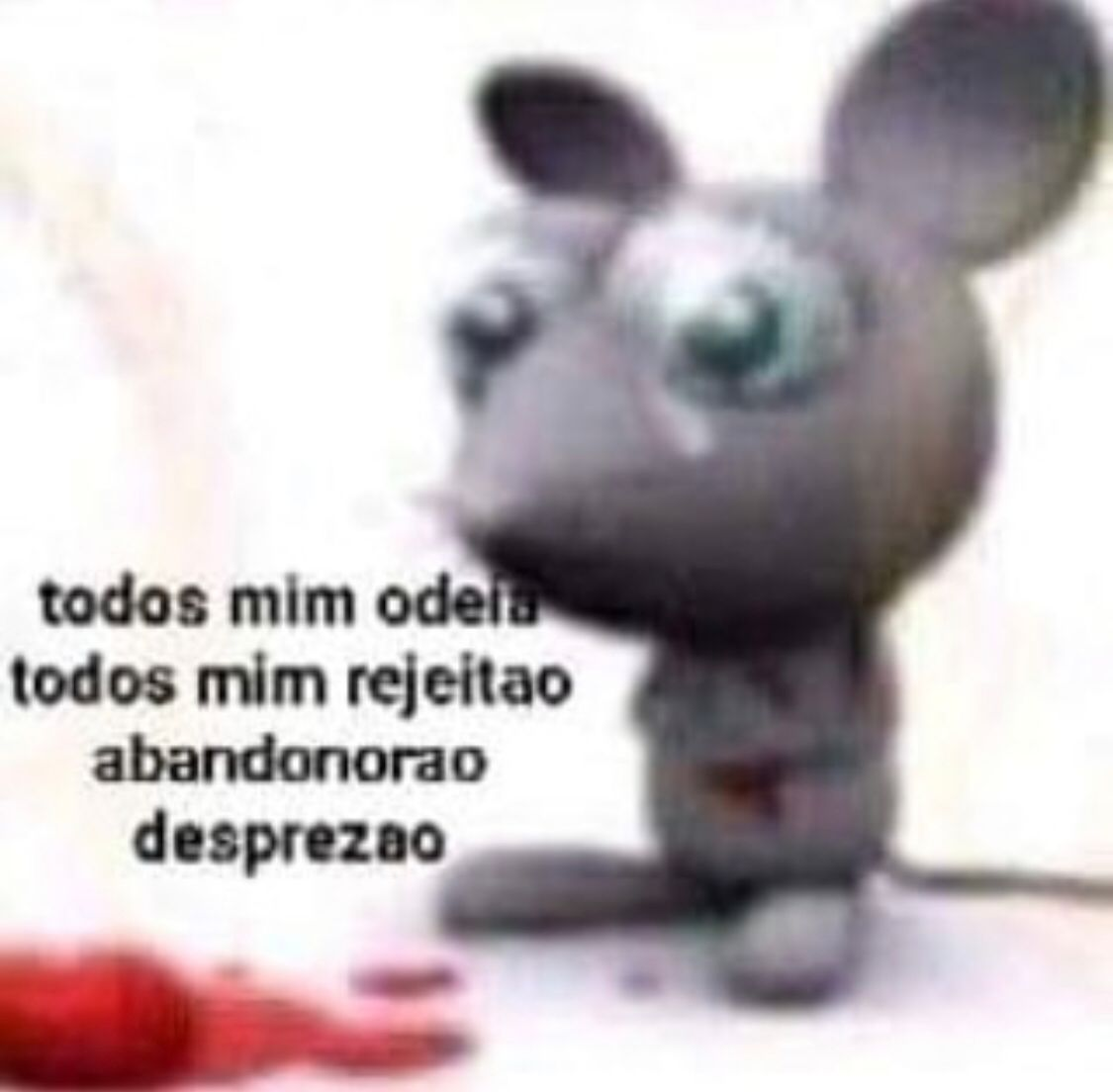 lost ggs and wp. thanks to those sending in teams, esp john w ss and egor sm!

JON to take it all

Back on the beat although pj losing has ruined any chances I had at happiness.

1. Star (SS, SM, ORAS) vs. Flex OKLM
This is by far the most straightforward matchup of the 4, Flex's series last week was one of the worst sets of mons I've seen and the beef afterwards was so exceedingly cringe that I couldn't even laugh at it. pj had Star by the nuts in ORAS making one of the best sequences I've ever seen in my time on this site only to bin the endgame with a little misfortune, but Star navigated his very favourable matchup in SS well to put the series to bed. We can put that series being close down to praj being the greatest to ever do it, so I will bold Star very confidently here.

2. MichaelderBeste2 (SS) vs. 10. jonfilch (SM, ORAS)
Alright things get tougher from here. Admittedly, this is biased. Michael 'Easy Mode' Bestie's set against Malekith had some of the dreariest games I've seen with the only saving grace being Malekith losing his mind at every instance of misfortune. The games were messy and exceedingly boring, and the whole thing took over 2 hours to complete, but props to Michael for staying focused and closing it out. jon on the other hand received a donation from AMQ in his SS game, donated his SM game and then played a great ORAS to take it home over watashi. As far as this matchup goes, I think SS clearly goes to Michael and ORAS is clear for jon. SM is tricky, Michael played really impatiently in my opinion and got punished for it and while I don't think jon made any outright chokes in his game, he definitely played sub-optimally towards the end, so I'm just gonna go with who I want to win here.

3. Giannis Antetokommo-o (ORAS) vs. 6. beatiful (SS, SM)
Think this will probably be the most entertaining series although bea's refusal to build fresh teams will come back to bite him at some point...right? Both demolished their round 1 opponents so there isn't really much to go off, I think bea is best SS in this pool of players so I'll back him there but the other 2 feel like complete toss ups. ORAS is probably both of their weakest tiers of the 3 and both are very solid at SM so I think they split those, with bea taking it overall. Looking forward to this one.

4. Bushtush (SS) vs. 5. SoulWind (SM, ORAS)
Man I don't even know where to go with this, similar to the above series both dispatched of their round 1 opponents with ease, and the last time these two played the legendary BWTUSH was unleashed. I like Bush's chances in SS but overall I do think SoulWind takes the set, his play is just more solid and he seems more resistant to inting (please don't kill me Bush it's not that deep I promise).

1. Star (SS, SM, ORAS) vs. Flex OKLM
Before we even begin Star is the better player here by a solid margin. He is extremely proficient in all three gens and just has more credibility to his name as well. He is not really tied down to any specific style although I would expect bulky offense style teams in all 3 gens that can break fat teams. While Star historically has had a hard time going deep in these individuals despite always being a favorite to win it all he will imo move on to at least the next round here. On the flip side the LE Cringeman really only seems to use one style which is teams on the fatter side and while he has success with those hes not always the most optimal player with them which is something star will dismantle with ease. Maybe if the Cringeman is loud enough during the set he can tilt and distract star enough into making mistakes but i dont see it happening.

2. MichaelderBeste2 (SS) vs. 10. jonfilch (ORAS)
This is a pretty weird set. I have to say props to the bestie for keeping his focus all three games and essentially coming out on top because he was the better player than Malekith. If we are being honest he should have lost all 3. He was extremely lucky in ORAS lost clean in SM and Daddykith binned SS pretty badly looking more like babykith especially with the whining after the oras game. On the other hand Jon did look pretty good in SS but pretty off in SM and as usual dominant in ORAS. Its hard for me to decide here im coinflipping SM and off of pure vibes i think der bestie will take SM and advance.

3. Giannis Antetokommo-o (SM, ORAS) vs. 6. beatiful (SS)
Giannis is personally my favorite to win this tournament but that aside he probably runs into his toughest opponent the whole tournament here. Bea has been the best SS player on this website for the last year and half now only one to contest that is probably Eo. Even though Giannis is largely a SS main i think Bea will take the SS game but the other two belong to Giannis. Giannis slam dunked z0m so hard in ORAS last week i bet z0m is still unsure what exactly happened so if he keeps his same form there i totally expect him to take that game. Both of these players probably have the least experience in SM. Both of these guys seem like Medicham lovers so maybe we will someone high jump kick their way to the next round. I am leaning Giannis right now because i think he will call out bea on his aggressive playstyle like he did z0m last week here.

4. Bushtush (SS, SM) vs. 5. SoulWind (ORAS)
This is such a toss up i have no idea. If Bush uses solid teams in all gens i think i might actually favor him here. He's such a wild card in a good way that the Lebrontush could take this all the way to finals.
Last edited: Nov 24, 2021

I hope SoulWind wins so he can finally call it quits. Pretty disturbing seeing someone waste so much of their time on here.

WhiteQueen said:
I hope SoulWind wins so he can finally call it quits. Pretty disturbing seeing someone waste so much of their time on here.
Click to expand...

Guys, why is there so much smoke in Eterna Forest?

It's definitely demoralizing to lose the last 3 singles playoffs in a similar way,
But we must continue until we get there, right? ggs

shoutouts gondra for the help

I'm not sure if it's because of stress or what but I had 2 games to take that I gave to star, the BO3 is still nice even if I'm still pretty sad compared to the lvl I showed
BIG S/O skyrio and bd who gave everything for the preparation whether it is building or train level
S/O ruby for providing me with the SS teams
S/O the bilel family for giving me strength throughout the tournament
I hope to see you in another tournament in better shape, gl to the remaining participants