played like absolute shit, just wanna say thank you to those who took their time to help me, sorry for the awful showing 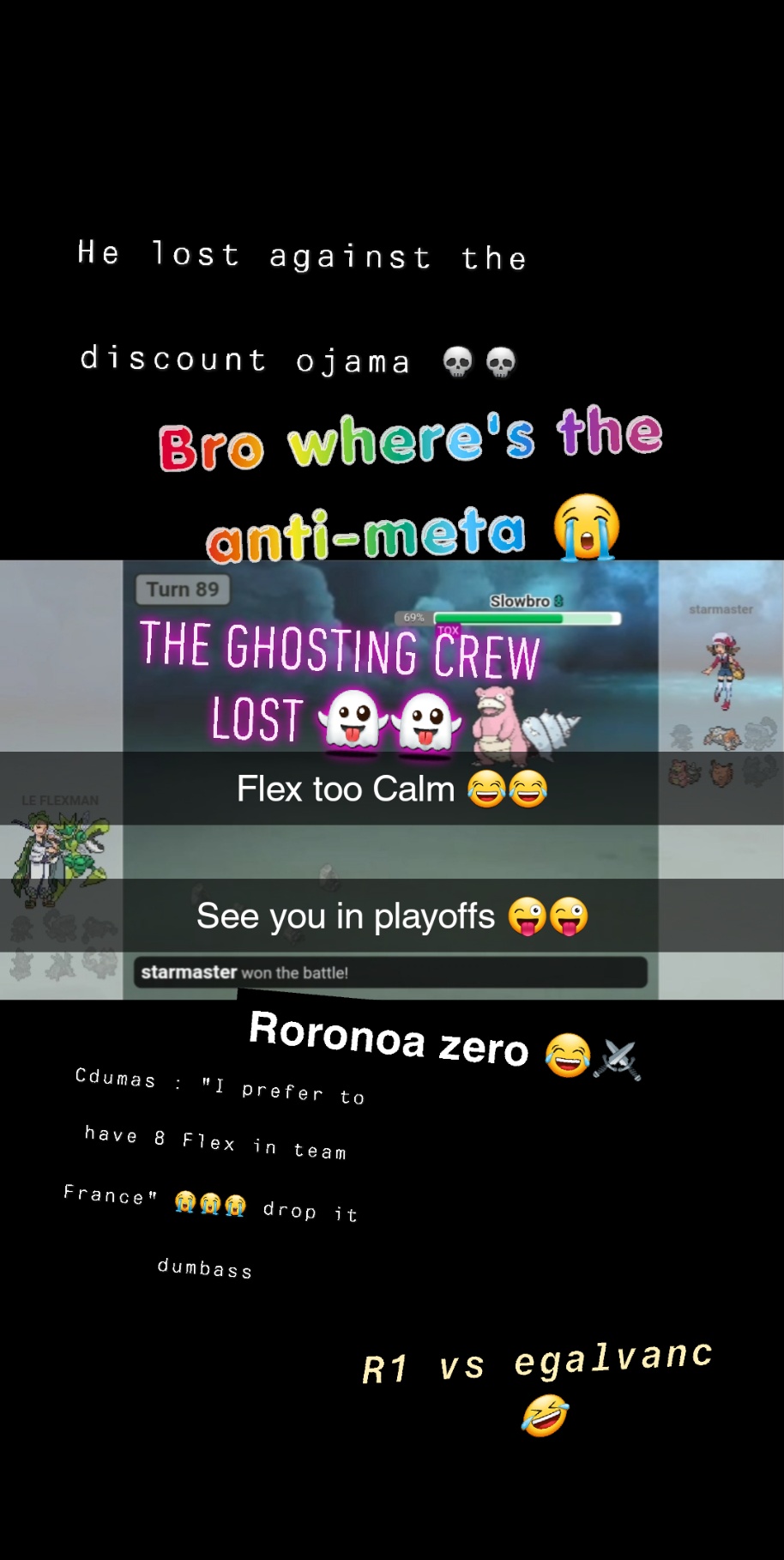 Now that round 2 is over, I want to thank everyone who supported me on the journey. I played really bad both rounds, so I deservedly got eliminated. At least I lost to a good friend, so go get the trophy jonfilch
Thanks to Gefährlicher Random xray Relous erz for helping me with the teams, you are the best.
I'll see you again in SPL, and this time I'll get the trophy.

SoulWind to win the tour

Moderator
rooting for star and giannis

1. Star (SS, ORAS) vs 5. SoulWind (SM)
This one is really hard to call. Star's sets so far have been anything but straightforward while SoulWind has walked all over his opponents. Great matchup between two of the top 5 players on this site at the moment, personally I think Star's SS and ORAS are marginally stronger, so I'll favour him. Of course, it could go either way. Highlight for sure.

10. jonfilch (ORAS) vs 3. Giannis Antetokommo-o (SS, SM)
Alright the bias has come to an end, going into the tour I though jon's SM would be good enough but he's put up 2 very middling performances in the tier and hasn't looked as good as I thought he would. His ORAS still looks dominant and I'd probably bold him against anyone in the field there, and while he's 2-0 in SS so far, I don't think he takes it in this set. Giannis comes in hot after last round, aided by a hint of luck and a dash of int from bea. I think he's heavily favoured in those two tiers, so all signs point towards a NE showdown in finals.

Jon. You have worked hard and your a banger of a player anyone can see that. This tour is yours take it home brother

Remember where you've been

Living up to the name of Giannis by beating teams of 5 players by himself. Goat

thanks to those who helped me and rooted for me, i live recorded my series here https://www.youtube.com/channel/UCcZ_eeYRlZBZYGri-NzvIuw if anyone wants to watch, probably wont upload this one cus its just me sounding depressed knowing i was losing :cwl: cya next stour

always rooting for SW he's an enigma would be happy to see star take the entire thing though with how strong of a year he has had.