First off, a huge thanks to Smogon Wi-Fi, particularly shiny finder, for allowing me to run this in collaboration with their community. Here's to many more!

It's finally time for the last series of tournaments in the Smogon VGC Circuit - Cartridge Tournaments! Originally we had planned to run these as a traditional Swiss-style tournament with a second day top cut, but we've decided that friendly competitions would be more appropriate. For those unaware, a friendly competition is similar to the monthly wifi competitions in that you simply queue up in and play as many (up to the cap) or as little opponents as you'd like for a dedicated period of time. The length for friendly competitions is 3 hours with a cap of 15 games played.

The format for these tournaments will be VGC Series 11. If you're unfamiliar with what this ruleset entails, click the hide tag below for information.


Series 11 rules permit any Pokemon available in Sword and Shield except for the following:
However, teams may only have ONE of the following Pokemon:
Notable Game Mechanics Include:


We'll be running three friendly competitions at the following times:

to make it fair for all timezones, only your two best finishes will reward points for the Smogon VGC circuit.

All tournaments will reward the base points for the Smogon VGC circuit, which are as follows

Additionally, all tournaments will offer a $10 Amazon gift card to the winner, courtesy of zeefable as well as various other prizes to be announced.

One week out from the event, we'll post the code to join the competition in this thread and have it announced in the Smogon VGC and Smogon Wi-Fi discords as well. You can confirm your signup in this thread by posting your In-Game Name!

That's all for now, this thread will be left open to answer any questions. Looking forward to it!

Here's the link to join the first competition! 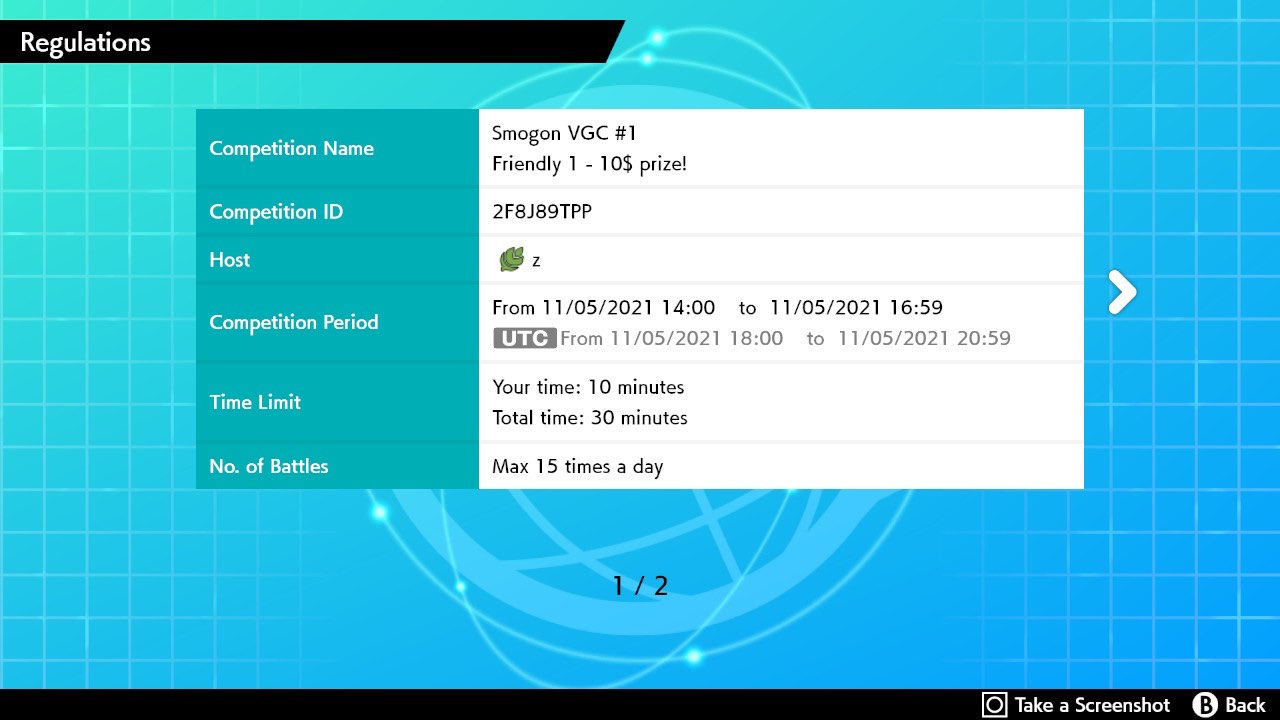 Codes for the upcoming Saturday and Sunday tournaments! Top 8 will get points for the Smogon VGC Circuit and the winner of each tournament will be gifted a $10 Amazon Gift Card 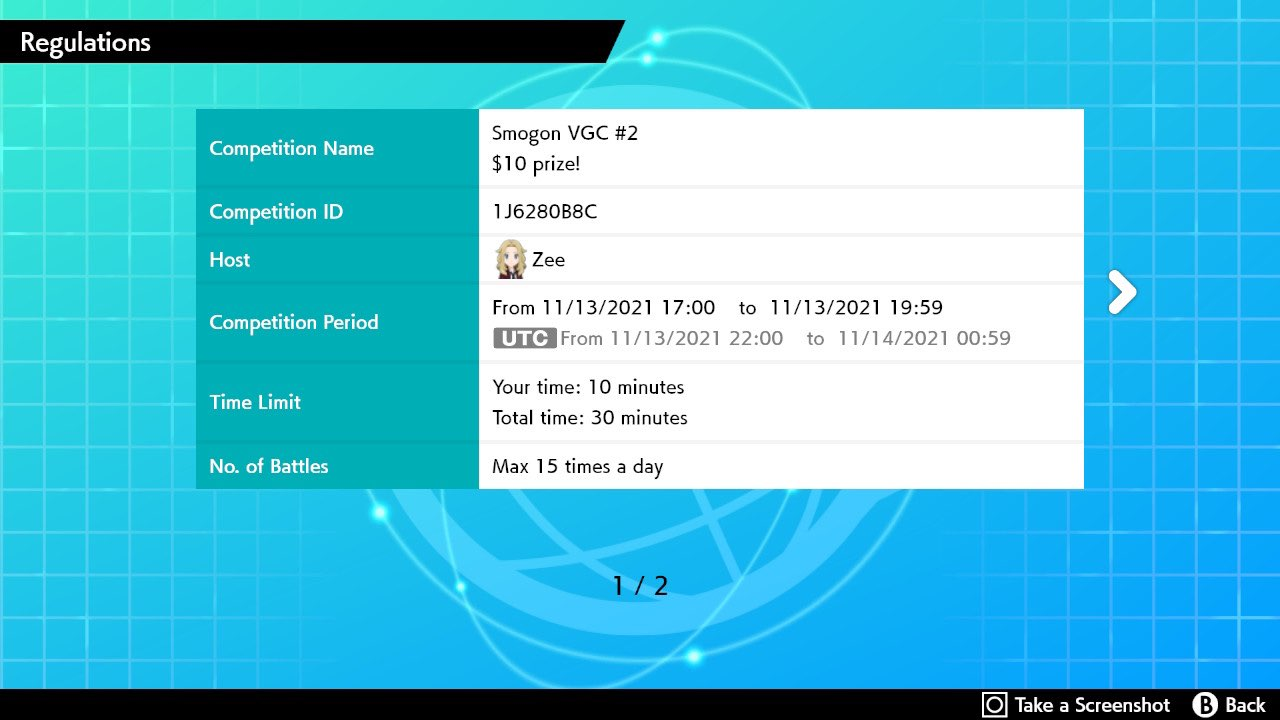 Saturday's code is above 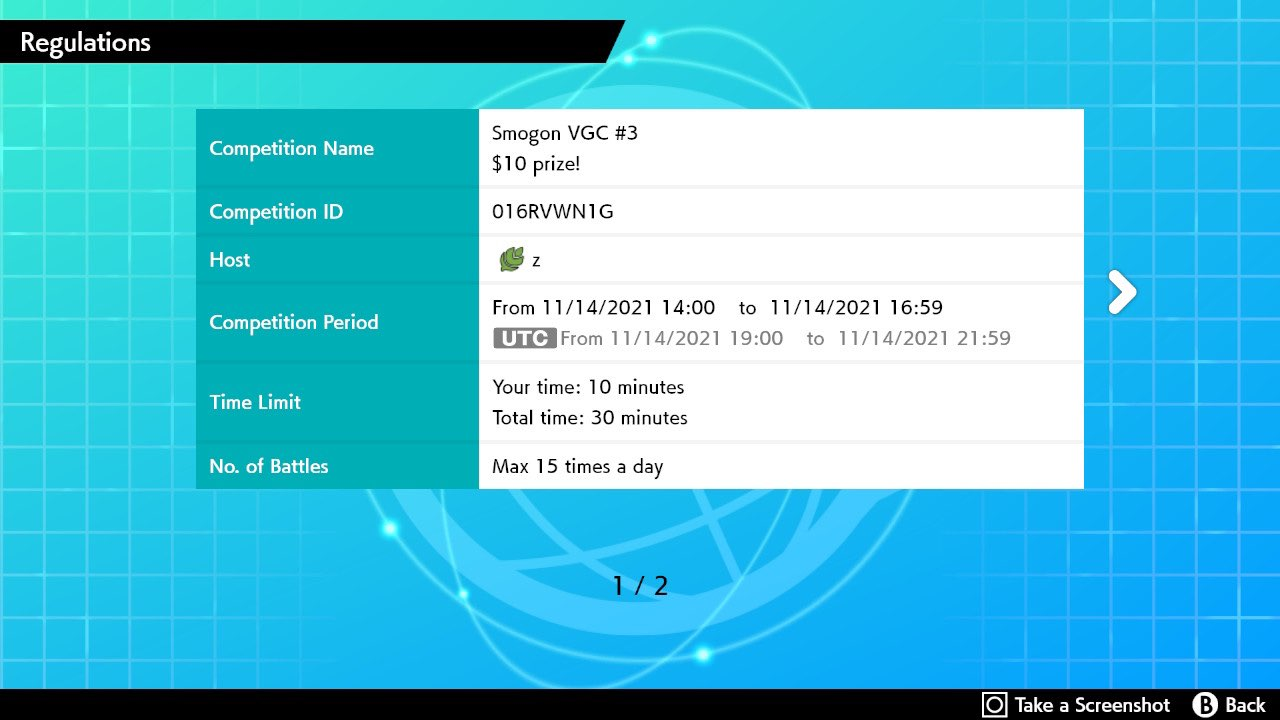 Sunday's code is above


Reminder on how to join friendly competitions: