congrats!!! most deserving for this insane achievement 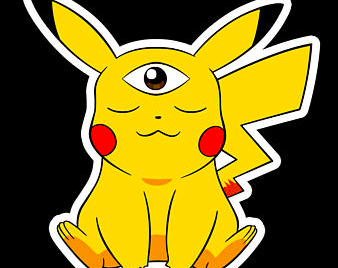 Just wanted to say this was a really fun run, I didn't expect to make it this far honestly, just a good hot streak really took me here. I pretty much winged the whole tournament as far as preparation went until the finals. For the people who helped me build in the finals (TDK, John, CBB, Thorn, Obii, Star) thanks alot for that. Also wanted to thank Teal and Toupip for helping me approach this game the way you guys do with such a care free attitude, I don't think I would have been able to make it this far and turn around my recent results without that. I don't have a ton of individual shout outs because I built nearly all of my teams by myself, but I will thank Obii and Thorn for looking over my teams quickly each week and throwing me a team or 2 when I wasn't really sure what to roll with. Lastly good games to Ciele sorry I played like hot dog ass and made for a bad finals hopefully we meet again. Won against Sabella, ggs. Sorry for using Pikachu but I had to keep the promise.

I've already spoken about this plenty on Discord but I don't feel as pleased with the win as I probably should. There's many issues I have with Smogon right now, whether it be the culture, the direction of the site, or many other things, but ultimately I think a big part of it is just me being jaded. Before even advancing far in this tournament I planned on taking a break after it + Snake. I'm not going to say "quit" because I think it's silly to commit to something like that. If I ever feel a desire to play something then I will. If I don't, so be it.

That said, it's kinda nice to actually go on to win this tournament, particularly since OLT is the tournament I wanted to win most. More importantly, however, is being the first to win three individuals. This has been a target for many of the game's best ever players, so to win this "race" is something that I can be satisfied with. It also means that I have won 60% of the currently existing individuals in the tournament circuit. Quite an amusing stat, although it makes the fact that SPL is seemingly unwinnable for me even more annoying. But as a wise user once said, "wutevz".

Like with Tour I don't have anyone to shoutout for team help or anything. The closest thing to team help/discussion I had was the elodin-Pikachu discussion in the log from the first paragraph. I do like using replays as guidance, though. Anyway, there's still plenty who offered support, so thank you to these people. I don't want to post a whole list of names so I will just say thank you to all of you.

I guess I do have to make special exceptions for a few of the more dedicated people. Alexander. McMeghan and z0mOG for frequent support throughout the rounds, and elodin for the Pikachu and for watching me ladder, even when in the early morning. Also, I said after winning Tour that if I win another trophy then I will give a shoutout to Eo. So shoutouts to Eo Ut Mortus for being a better wielder of Chansey than I am, as well as for fighting the good fight against snake names in Snake Draft. As a meme shoutout I should also thank Mob Barley for forgetting to sign up because that saved me from having to play a qualifying tiebreak against Cdumas (which I would most likely lose).

In closing, I want to remind everyone that Pikachu is a more viable Electric type than Mega Manectric is. Also that Landorus-Therian is one of the most blatantly overpowered Pokemon in any OU tier past its early stages. Ban Scald.

Congrats Ciele! Makes me so happy to see how far you have come as a player since our Team Uber days!

Ciele, congrats on the milestone. No matter what Smogon is up to, 3 individuals is remarkable and will be for quite some time.

Sabella, as someone who also lost an OLT grand finals, I hope this pushes you to keep competing in the future instead of pushing you away. You should be proud of your run and use it to motivate your future tour endeavors.

Ciele said:
I've already spoken about this plenty on Discord but I don't feel as pleased with the win as I probably should. There's many issues I have with Smogon right now, whether it be the culture, the direction of the site, or many other things, but ultimately I think a big part of it is just me being jaded.
Click to expand...

Welp guess the secret's revealed now, I am indeed a Ciele alt- Kidding of course, congrats Ciele! Don't let it affect you too much, winning 3 individuals is really impressive :)

Ciele you continue to amaze. You are the most deserving winner in this field of competitors and the legacy that you've already created for yourself with your hard work for Smogon tournaments is going to be equalled by this feat of being the first person on this site with three individual trophies - a truly remarkable feat made no lesser by being achieved in three very different tournaments.

You serve as an inspiration for us all. Your clean work ethic and your refusal to rely upon others shows that anyone can go far without resorting to dirty schemes.

You probably know all that but they're just Some Reminders of what makes you great.

I hope to see you with the Classic trophy in 2018.