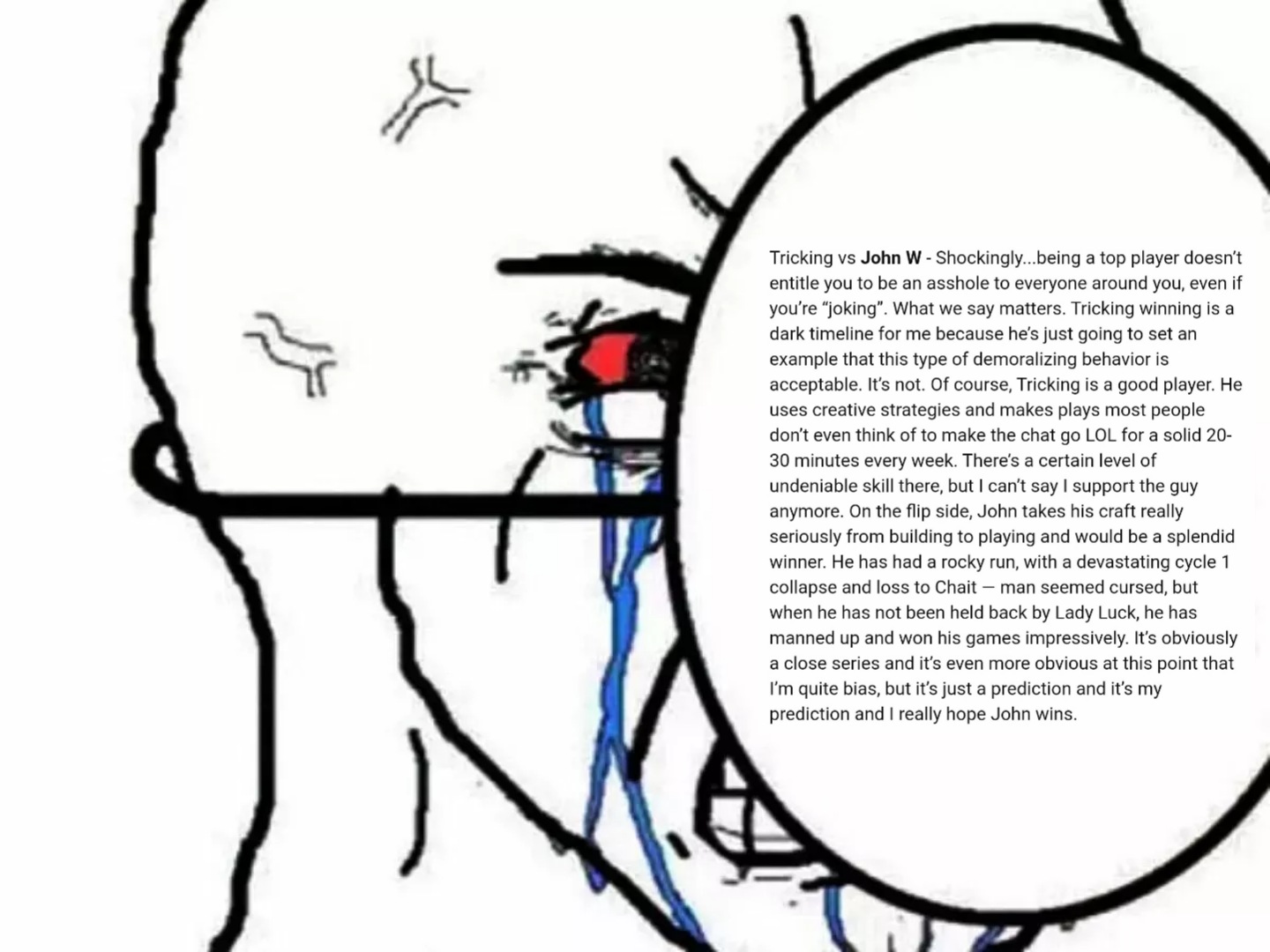 Winner of bea vs. separation to win it all. Can't root against either of you so hope its a great match!

The only thing all humans are equal in is death.

Tricking vs John W
I saw that some people didn't like the arrogance of tricking but I'm a very big fan of his game and of what he brings back to stomp his opponents,
but I can be sure tricking is a good guy. He's having fun with his character and he's right the game has to be fun.
I don't think he disrespects his opponents, He knows his opponents aren't bad, he just exploited the weaknesses in the teambuilder and has mind quartos by scaring him with big stalls to bring out an veil offense risky choice but who paid.
He's the guy to shoot down at this point now. For John w I really loved his course lately, he had done a very good smogontour and was unlucky against mcm and here he now arrives in semi of the olt, congrats and keep giving us youtube content, many people must appreciate. About the game john w played a very interesting volcarona moveset to take sacri at the team building, it was really well though. the g2 team it seemed a bit too conformist for a quarter and especially against sacri, but the ingame was very good and he got a good match up. I still think that this kind of build will not work against tricking so I hope it will bring back some really heat stuff to have a certain balance in the match up , I think John is the one who can stop the insane streak in Tricking ss , if he use heat team
beatiful vs Separation
Two very good builder with good ingame, this confontration is really fire for a semifinal. Bea dominated the quarter , he was better and played well.
Separation gave him an incredible g2 and out empo who for me was favorite with Tricking.
, he really seems to be managing the pressure of the playoffs very well for a new player and it is very positive for the future.He brings teams that I like a lot and It has worked well , I'm going to go him.
I still haven't put Beatiful and John W in bold but I wouldn't be surprised if they also took the trophy, at this point of the game , everyone can win this trophy it will be very tight , have fun and good luck to all.

Hi, Me and separation saturday 11 AM gmt-4

LOLOLOLOLO fucking woatli about to take it all again, unbelievable

But WE will feast on your flesh.

beatiful said:
Hi, Me and separation saturday 11 AM gmt-4
Click to expand... 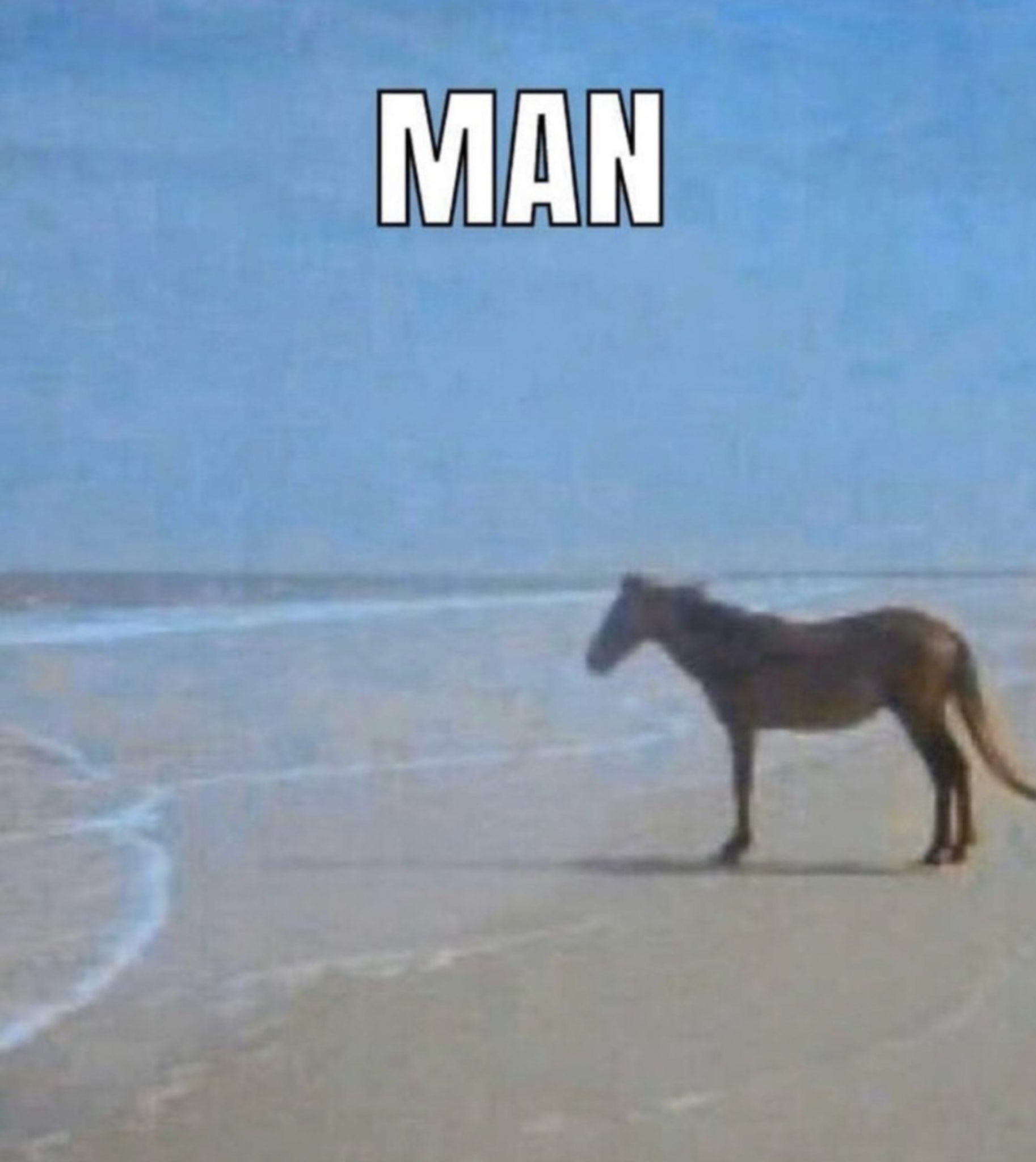 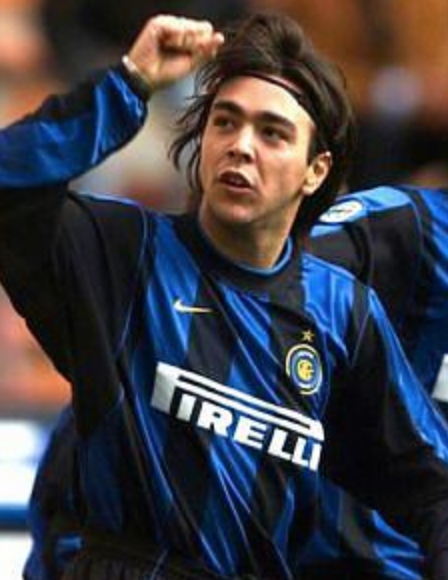 The most fabulous user on Smogon.

I think whoever doesn’t lose will win this.

Did my best, sorry !
Ggs sepa and gl on finals

thank you guys for all the support and help, I love you all

ggs to all my opponents and thanks to everyone who helped test or looked over ideas. Looking forward to the next one, gl to trick in finals.

props to bea and john for the runs, you've both been really impressive this year across a bunch of different tours

excited for the finals, tricking already at his 3rd finals overall and if not this tour i'm fairly sure he'll get his 2nd individual at some point. separation has a slimmer resume but some great teams and games this tour as well. good luck both, may the best win