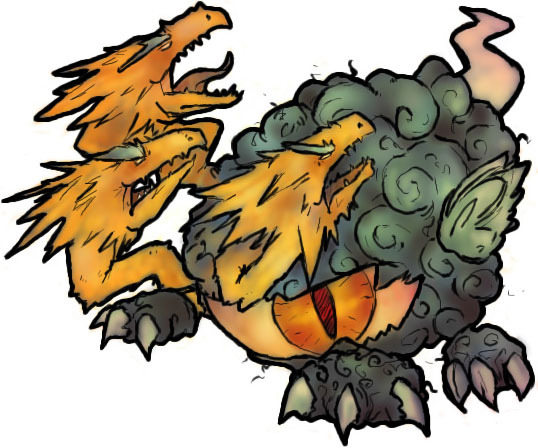 Alright comrades, we're here to start the SS CAP Cyclohm Cup. All standard tournament rules apply. Again I would like to emphasize that ghosting is strictly prohibited and will result in your team's immediate disqualification. This tournament is a 3v3 setting with each game being a best of one. Due to a unanimous vote, there will be no additional clauses or restrictions to teambuilding.

Best of luck to all teams. You'll find the week one matchups in the post below.​

I've sent out PM's on Discord requesting line-ups from each team. Once both teams have responded I'll post the individual matchups.

Gravity Monkey vs Jordy - Jordy probably hasn't played post-dlc CAP yet, but he plays OU and he's likely to bring a solid team given his understanding of the meta. Gravity Monkey isn't to be slept on, but he still has a lot to prove. Big edge.
Gleeboop vs SHSP - Glee's still a beginner, even though he progresses quickly. SHSP on the other side is a veteran and he's played quite a lot recently if i'm not mistaken, so his dust is shaken and he's ready to take lives. Good edge.
Roxiee vs Lasen - This is probably the closest one of the confrontation. Two similar players in terms of experience, but I have to give it to Lasen because i think he's a tiny bit better, and he has more CAP experience.

G-Luke vs snake_rattler - I believe these two haven't played much post-dlc CAP, and they're very similar in terms of skill and experience on Smogon, making it very hard to decide. I'll go with my guts and bold snake because I trust him more for some reason, but he has a minuscule edge if any.
againa vs -Voltage- - Againa has looked very solid recently on ladder, in roomtours and in smogon tournaments, with a good understanding of the metagame and solid teams. On the other hand Voltage might have a slightly lower understanding of the meta and, consequently, building sharpness. Decent edge, although Voltage's unpredictability might play in his favor.
Revenge of Depressed Gay vs Wulfanator72 - I don't know Revenge of Depressed Gay so I'll bold Wulf, but we'll see what he's made of.

Airwind vs reachzero - Very cool match between two of the best CAP players currently, who both have played the post-dlc meta quite a lot. I wanted to bold reach because i think he's a bit better overall, but it turns out he just had a second child, meaning he won't be able to sleep nor play nor prep this week, highly diminishing his chances. Congrats reach, but keeping the breed going has a cost.
Mx vs Darek851 - I've played darek on ladder and frankly he's doing very well with solid skills and teams. Mx is an all time CAP veteran, but I'll gamble the upset.
Aetherl vs Birkal - Wow I didn't expect to see a match like that in 2020 but here we are. It's crazy hard to decide because Birkal, while experienced, doesn't play the game ; and Aetherl lacks experience and still has a lot to prove, but he does play the game. I'll go with my guts once again and bold Birkal but take this with a grain of salt.

Moderator
I'm a bit late but still, tagging all participants that haven't reacted to a post yet in case they missed this.

I defeated Airwind in a good game. Sorry about the lack of Libero. :/

won vs roxie in a gg, sorry for critting

Quick update. Replays are in fact required. I had assumed that was a part of the standard tournament rules linked in the OP but upon re-reading them that's not the case. I would also like to encourage teams to play out all their matches. Due to the number of sign-ups the finals will likely be a three team round-robin so having a better record overall may help decide a tie.

CAP Head Mod
Won in a gg against Aetherl

s/out to Atha for believing in me

Won in a really good game against Pitmore

Pulled a classic Pitmore and did a major choke, but props to Zeph for reading me excellently and GO VOODOOMS

Turns out this didn't matter but I beat Sunmyser while Atha was playing, gg
https://replay.pokemonshowdown.com/gen8cap-1223729200-d14utwezp3sm3bgm3qa2zhzh9wgp8ojpw

Moderator
Won against Darek851 in a pretty fun game!

won in a very fun game vs voltage gg bud

Got the win in a decisive Tapu Fini sweep. gg to snake!

Alright pals, week one has finished up. Watching all the replays has been a pleasure, this week should be more of the same. Name TBA has joined the race, and our friends Screens Cawmodore have received a bye. You'll find the week two matchups below.

Name TBA vs Badge to ICBB:
No CAP, Always Factual vs DPH and Henny:
As always best of luck to everyone. Please finish your matches and submit your replays before Sunday, November 22 at 11:59pm GMT-6.

Edit: Esteemed PS! CAP Mod 2spoopy4u has been kind enough to grace me with the usage stats for week one. Click the links to see overall usage, sets and teammates, and leads.
Last edited: Nov 23, 2020

In regards to the OU Council's recent ban of Zygarde and Kyurem-Black, those two will remain legal for this tournament until the end of the week. When you challenge your opponent, do so via private message and enter the command /challenge CAP @@@+Kyurem-Black,+Zygarde

On the board for Name TBD (Three Buff Digletts) with a win over Lasen, gg and sorry for the Focus Miss moment.