​
Alolan Marowak has been an overarching threat in Godly Gift for a while, boasting an extremely high Attack stat with Thick Club, powerful STAB moves in Poltergeist and Flare Blitz, the ability to boost its sky-high Attack even further with Swords Dance, and defensive utility with Normal- and Fighting-type type immunities and an ability immunity in Lightning Rod.

Its extremely threatening offensive presence is most notably seen in its flexibility to now inherit a high base Speed from a fast God, such as Eternatus or Mewtwo, essentially nullifying its main problem of slow Speed in OU and now allowing it to threaten both the defensive and offensive metagame.

Alolan Marowak's primary Swords Dance set is insanely flexible, thus making it nearly uncheckable. Swords Dance and good coverage allow Alolan Marowak to 2HKO and OHKO even the strongest of walls, such as Necrozma-DM and Shuckle Defense inheritors, with relative ease.
Alolan Marowak can be offensively checked by faster threats like Choice Scarf users and faster Speed inheritors but none of these Pokemon, even Gods like Yveltal, can switch in without either getting KOed or taking massive damage.

Some of Alolan Marowak's most effective checks, like Shuckle Defense Water-types and Unaware Water-types, can still be broken. With the lack of reliable recovery on Pokemon like Vaporeon and Snorlax as well, Alolan Marowak can endlessly pressure them until they're in range of a guaranteed kill.

Quagsire and Pyukumuku--Pokemon only viable on stall teams due to their vulnerability to status and chip damage--can avoid the 2HKO due to Recover, Unaware, and the intentional lack of an item, but these Pokemon are vulnerable to Alolan Marowak's alternative stat inheritance, Attack, generally from Calyrex-I on Trick Room teams. Attack slot Alolan Marowak has the ability to break almost every wall with a Thick-Club-boosted base 165 Attack, and it has access to another Ghost-type STAB in Shadow Bone, allowing it to hit the itemless Water-types.
Overall, Alolan Marowak is the most threatening wallbreaker and sweeper this format submits to, breaking past every Pokemon in the metagame with little to no drawbacks. The qualities it possesses as mentioned above are the reasons why the Godly Gift council has decided to suspect Alolan Marowak!

Suspect details: During a Suspect, each player must climb the ladder until they've acquired the GXE necessary to participate in the voting. Primarily, everyone that participates needs to make an alt account following these guidelines:
As usual, the actual voting will take place in the Blind Voting Forum, so posting anything other than proof of reqs and discussion isn't necessary.

Btw Maro is completely stupid, it's impossible to deal with it defensively, and you basically have to keep pressuring it or revenge kill it. 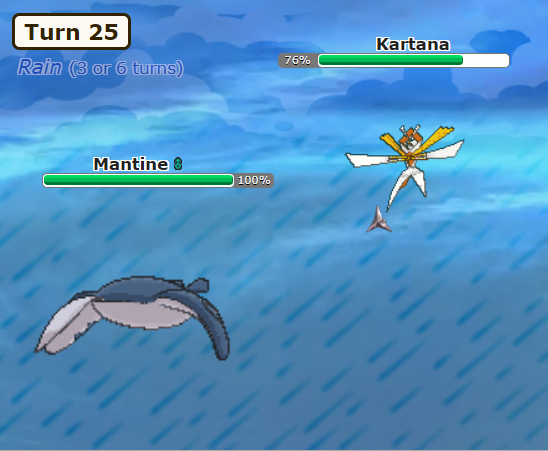 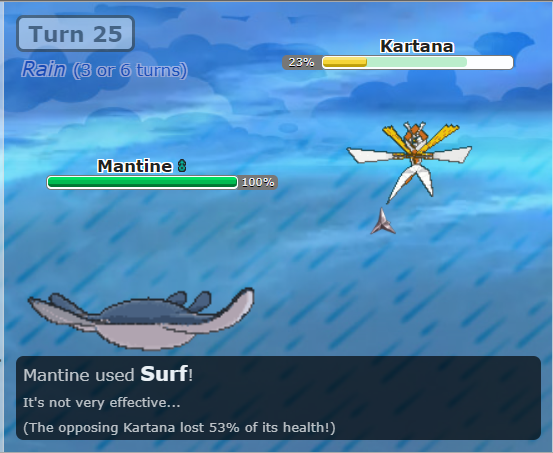 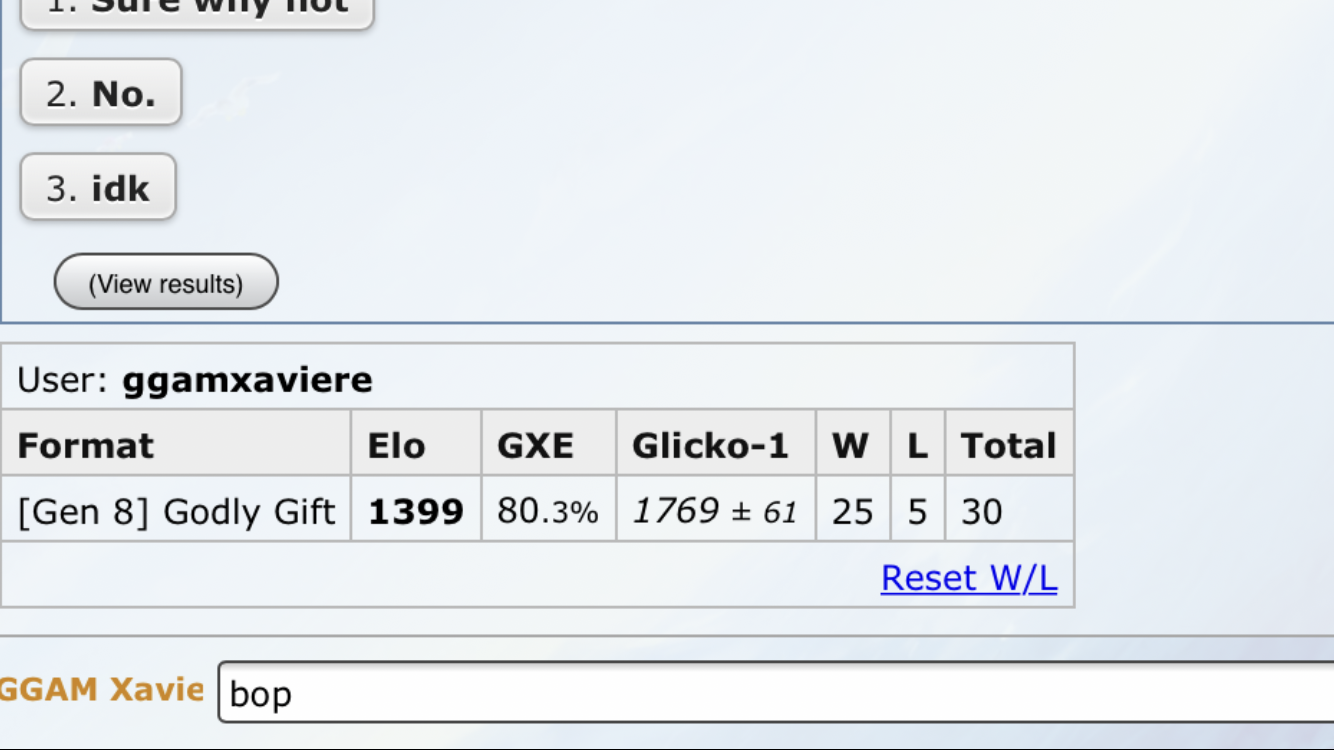 confirming as ggma btotto.
Maro is broken and got 7 kills each game
Team - https://pokepast.es/f65f0d0a9bbcc280

used the most skill-less team ever:

late edit: if elecs are a problem replace umb or aegi with spdef hippo or maybe quag (probably aegi so you keep the ghost resist but you'll need to move the mons around a bit). Also give slowbro an item if wak gets banned but other than that the team should hold up pretty well post-ban
Last edited: Sep 19, 2021

confirming as GGAM xd
used rain cuz I have no originality! 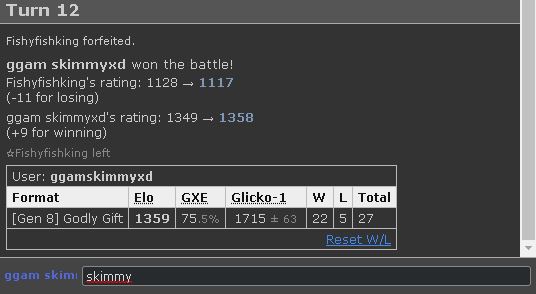 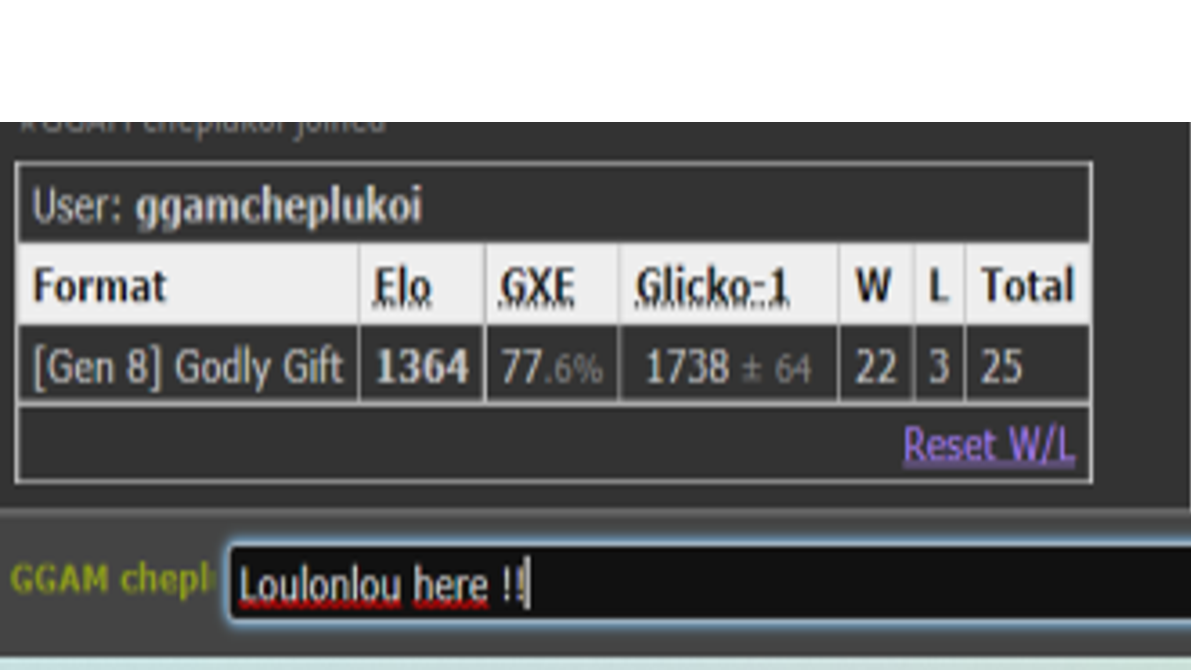 This tier hurts my head. Offense feels so overtuned to use and play against. That being said, AWak definitely has to go.

ty lvl100Blaziken for the team 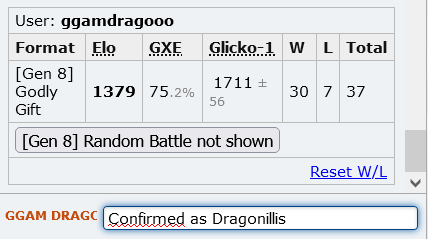 Also confirmed as Dragonillis, this format is cool

Confirming as GGAM Spec, got asleep while doing reqs, fortunately didnt matter much on gxe. Funny tier but dont try to find oppos at 1am. (-5)

When u lose every time u have 74.7 gxe to the same person and by double Crit