when looking for different sets for this mon its a bit tricky because it doesnt have a very vast move pool. It gets giga drain and a couple random grass special attacks, but seeing as its special attack is abysmal there is no reason to ever run special jask. Also there is no reason to ever run defog/roost Ninjask, that's even worse. this thing is incredibly frail and will die to any hit from almost every mon you are better running literally anything else, so I thought choice band would be a cool set. The only other cool move Jask got was toxic but seeing as most its checks resist toxic anyways, except like Togekiss, I thought Choice Band would be a bit cooler. Saves you a turn of getting up an SD and gives you immediate power on the Uturns. seeing as even with plus two digs you dont even do a dent to mons like steelix, i think its best to just forgo that and let your other mons kill steelix while just launching extremely powerful U-turns and wingbeats that not very many mons want to switch into. obviously you wanna try to keep rocks away since this thing is 4x weak, but seeing as there are not a lot of (actually viable) unique Ninjask sets, I thought Choice Band would be a neat one. you could run acro or sd over night slash I suppose, if you plan to absorb a knock from something at some point in the game (assuming it doesnt OHKO jask which it probably will). Leech life is when you dont wanna U=turn and need some health back on your boi. Otherwise in place of Night Slash you could try to run toxic to poison Togekiss, or Gastro I suppose as the opposing teams Jask switch ins.

honorable mention which could be terrible or godly I have no idea- run Flail and keep st rocks up. switch Ninjask out twice so it takes 48 from rocks twice and then use choice banded flail and sweep the team. will only work if the steel mons are dead obvi
Last edited: Mar 31, 2021

Dig is lure for a few Pokemon like Stakataka so it doesn't set up Trick Room, Steelix after it's chipped, and even Chandelure. Acrobatics is clicked after you click Dig (aka when they go into their Steel- or Rock-type Pokemon) but Dual Wingbeat can be used for more consistency. Leech Life gives Ninjask some recovery as pulling off such a set can be quite a task for the tiny bug!
Last edited: Apr 1, 2021

Ty for everyone who submitted a set!
I enjoyed looking through some of the sets and the descriptions. :3
Anyway, let's get onto voting.

by A Very Gay Girl

For those of u who don't understand Ninjask is saying to vote or else he will hit u with his powerful Flying STAB!
voting ends sunday​
Last edited: Apr 9, 2021

Defog by TailGlowVM
because Ninjask can't really sweep and has trouble to clean with that bulk (even if we take in account resistances).
===> I think that a supportive set works better than a offensive one.
Mmmh... this forum is offensively inclined...

Ty for everyone who voted!!
Our winner for this week isss......... nameless90!
Your set will be added to the HOF!
What do yall think our next poke is?
I CHOOSE U!!!

Staka has gained a lot of usage in RU tours such as RUPL, RU SSNLS, and RU Open. Staka is becoming a great mon because it serves as a great check to Togekiss.
Its atks are resisted by very few Pokemon in the RU metagame. Stakataka is one of the best Stealth Rockers in RU, as it can threaten every defogger.
That's not all, Staka's high defensive stats and atk stats allow it to be a dangerous TR wallbreaker. 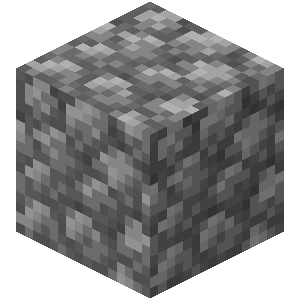 ...It's a Choice Band Stakataka. CB Gyro Ball just drops shit that doesn't resist it like there's no tomorrow and Staka has a few coverage moves to boot for those who do resist it. Stone Edge is mostly just secondary STAB, but it's pretty important for hitting bulky Water-types and the occasional bulky Talonflame for good damage. Earthquake is primarily coverage for opposing Steel-types, namely Cobalion & Steelix or opposing Jenga towers. Heat Crash trashes Doublade and Vileplume, but it's mostly just filler outside of this. Body Press is a funky option that gets boosted by CB and Beast Boost, but it probably won't end up doing much initially and even then once they catch on to the fact you're Choice Locked they'll just switch into a Fighting-type resist.

The idea of this set is to use Substitute and iron defense to set up and break a hole in the opposing team. Fighting plus rock is phenominal offensivly. After and iron defense stakataka can take many quad super effective hits and live even something as strong as Mienshao,s Life orb Close Combat.


This Stakataka set is incapable of doing much damage to Golurk and struggles with Bulky waters so its advised to have teammates with toxic to pressure the waters and have your team built to threaten Golurk by not having to many slow walls destroyed by it. this set can set up vs Darmanitan, Noivern, Togekiss, Talonflame, Chandelure, Diancie.
Last edited: Apr 19, 2021


General idea
Stakataka is the "fastest" pokemon under TR, so this move is a support to itself in order to attack preemptively from an high Atk stat with a 150-base power STABbed Gyro Ball.
Earthquake is a good coverage move with 100% accuracy. The last slot is disputed between Body Press and Facade. Body Press gives more coverage alongside Earthquake, but the threat of random burn leads me to prefer Facade over the former move.
Beast Boost coupled with this EVs and IVs + ability lets Stakataka to boost its Attack instead of its Def.
Last edited: Apr 14, 2021

Although Stakataka's movepool is rather limited, somehow it learns Infestation (forgot at the time I reserved the set, which is why it said Block previously.) This in conjunction with its bulk and typing allows it to trap in some defensive Pokemon like Klefki and Galarian Weezing. Toxic is used to rack up extra damage on the opposing team in conjunction with Infestation. Protect lets you scout out surprise Fighting- or Ground-type attacks (always annoying when using this Pokemon, but unfortunately the normal set doesn't really have room for Protect) and get extra Leftovers recovery, whereas Substitute is mostly to take advantage of forced switches and turns when the opponent has to use stuff like recovery moves. Finally, Rock Blast may seem an unusual choice of attack, but the extra PP compared to Stone Edge or Gyro Ball is very helpful for the nature of this set, and it helps with Substitute users that would completely wall this set otherwise like Raikou. The EV spread is the standard one used on the defensive set to maximise overall bulk, but with a Careful nature as it doesn't use Gyro Ball.
Last edited: Apr 14, 2021

Taking a leaf out of the standard defensive set and changing around the moves a bit. Rest is Stakataka's only means of recovery, which means that you can keep on using any Beast Boosts you have already picked up. Body Press & Gyro Ball remain the attacking moves. Finally, Sleep Talk is the first choice for the last moveslot, but if you don't like Sleep Talk then there are other strong moves that Stak has access to. Of course, its likely you might be forced to switch this out whilst its asleep, but clerics Togekiss, Roserade and Umbreon are very much viable in the tier so you can always wake Stak up if you need it.

I understand this is very similar to the banned set; if the moveset doesn't make it different enough lmk and I'll come up with something else.
Last edited: Apr 14, 2021

Thnxies to everyone who submitted a set!
sad we got fewer submissions this time. GDI Expulso.
Anyway, let's get onto voting!

by A Very Gay Girl

by MalMoonsault
voting ends whenever i feel like it

Sleeptalk by MalMoonsault
because it is a set with recovery that gets rid of burn.