In light of the recent (around a month ago) Shell Smash ban in BH, I decided to share this team to see if anyone has suggestions, especially for replacing my former Shell Smasher. The name comes from the colors of the main attacking core, but I suppose it does also pay tribute to BW or something.
note: art is not mine

Obstagoon is one of my personal favorites for Balanced Hackmons, so I definitely wanted to build around it. Obstagoon has pretty unique properties, being immune to Spectral Thief while getting STAB on Power Trip. Indeedee fulfills a similar role with Stored Power, but I prefer Obstagoon because of its immunity to Stored Power as well as Power Trip not having any immunities that could utterly stop a sweep.

Obstagoon appreciates a teammate who can provide immediate power, and Zekrom excels at this. Kyurem-Black is another option, but as you will see in the “Sets” section, there are specific mechanics that help it surpass KB.

Just because I excluded one Kyurem doesn’t mean I have to exclude the other! Kyurem-White provides much-needed special pressure, as Fur Coat users with naturally high defenses can completely wall the previous attackers. I used it as another setup sweeper to pair with Obstagoon, but with decent immediate power in case you don’t get the chance to set up. This concluded my Black and White core.

My team so far was looking awfully fairy-weak, so a resist was necessary. I also wanted a hazard-setter to lead with. Ferrothorn was an obvious choice due to its godly typing and great defensive stats.

Another dragon, I know. But this one’s not weak to Fairy for once. Eternatus is a superb wall with great bulk while minimizing the risk of being too passive. Although it is weak to Stored Power and the common Earthquake / Photon Geyser, its resistances to Fighting, Grass, Fire, Water, Electric, Poison, and Buh mean that unless something is super effective against it, it’s probably resisted.

Unsure of what to do in the final slot, I ended up with Corsola. Its Galar forme is surprisingly bulky, and although it doesn’t appreciate a Knock Off, Moongeist Beam, or Power Trip, its Ghost typing helps it set itself apart from other mons that fill a similar role. 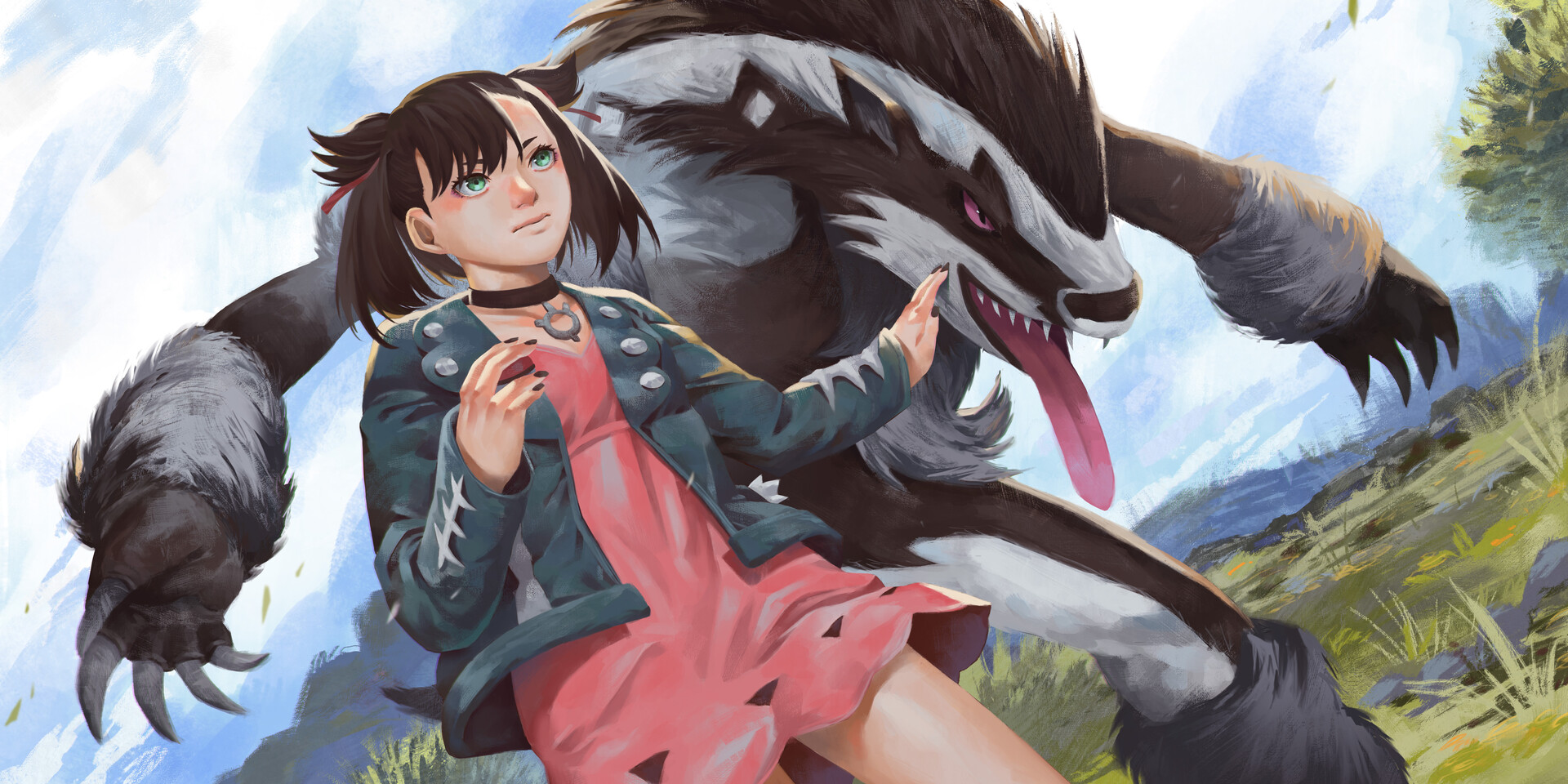 The former star of the show. Works as a lead or mid-game sweeper. Send out Obstagoon, turn 1 Cosmic Power, build up CP boosts until you can’t anymore, then start Shell Smashing / SDing. The opponent won’t be able to break Obstagoon easily due to its defensive boosts and can’t steal its boosts using Spectral Thief. (Heart Swap gimmicks anyone?) I chose a defensive nature to add to its bulk, but Adamant works as well. Recover is to replenish any chip you have taken while setting up, and Power Trip demolishes non-resists. If SD really isn’t working for you, there are some other mons that might. Indeedee is closer to Obstagoon’s role as a Spectral Thief-immune setup sweeper as well as being faster than Darm-Z, but Darm-Z provides a nice second fairy resist and quite a bit more power. Simple is to minimize setup turns. (2 simple SDs or NPs put you at +6 SPATK or ATK!!! imagine if tail glow was legal O.O) 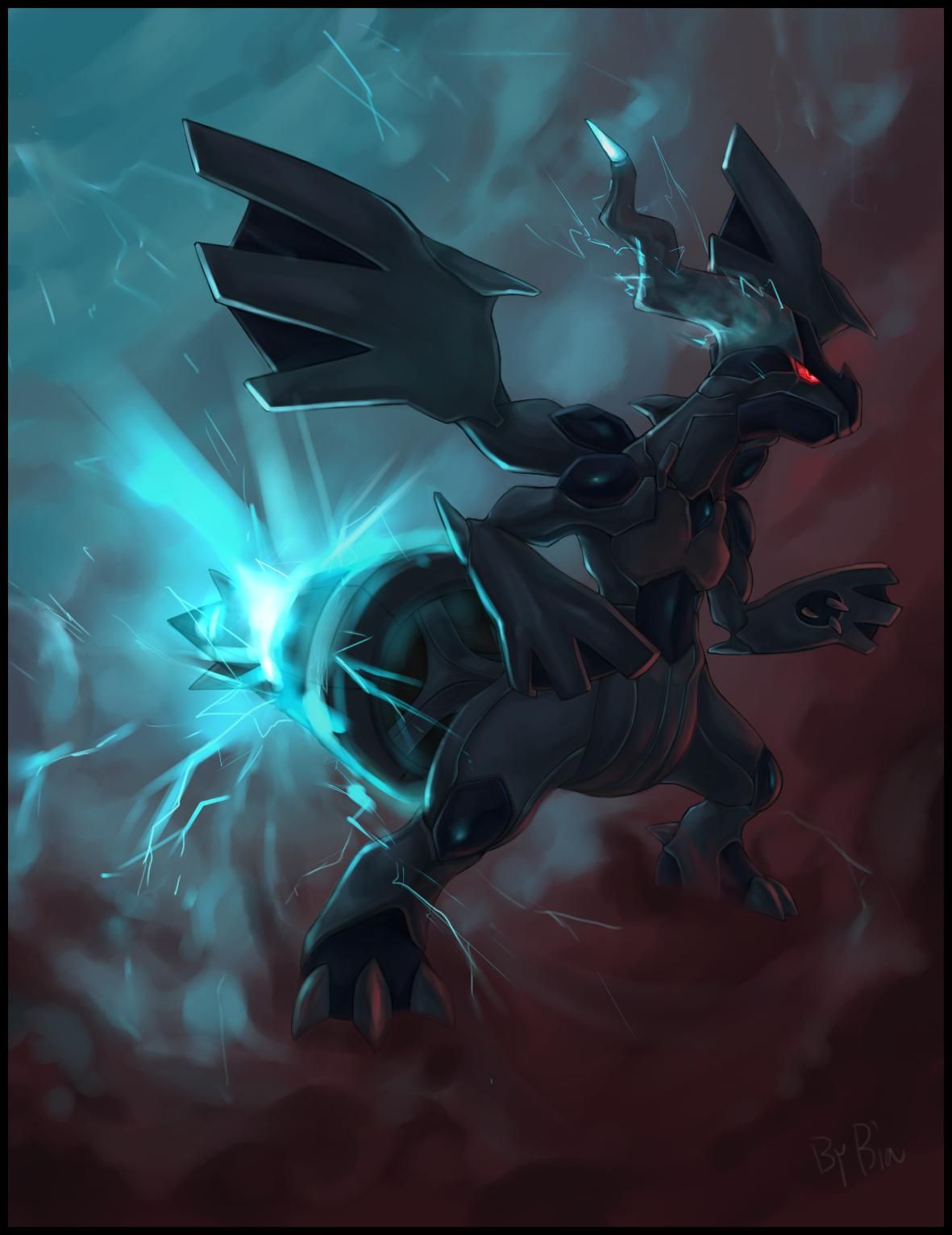 Zekrom has the unique distinction over Kyurem-Black of having the Electric type, giving it STAB on Bolt Beak. Choice Scarf increases the double-power frequency of the move while Electric Terrain makes Bolt Beak even more insane. Here are some calcs to compare the two— this is comparing to Rock Head Kyurem-Black, a set I see frequently on the ladder, using its strongest move Head Smash.
252 Atk Zekrom Bolt Beak (170 BP) vs. 248 HP / 252+ Def Eviolite Chansey in Electric Terrain: 532-627 (75.6 - 89.1%) -- guaranteed 2HKO
252 Atk Kyurem-Black Head Smash vs. 248 HP / 252+ Def Eviolite Chansey: 265-312 (37.6 - 44.3%) -- guaranteed 3HKO
Yes, this may be just with Bolt Beak, but that’s the move you’ll be clicking 95% of the time anyway. The other times are when you go up against a ground type, at which point you can choose between your other STAB move or an all-around strong move, Behemoth Bash. 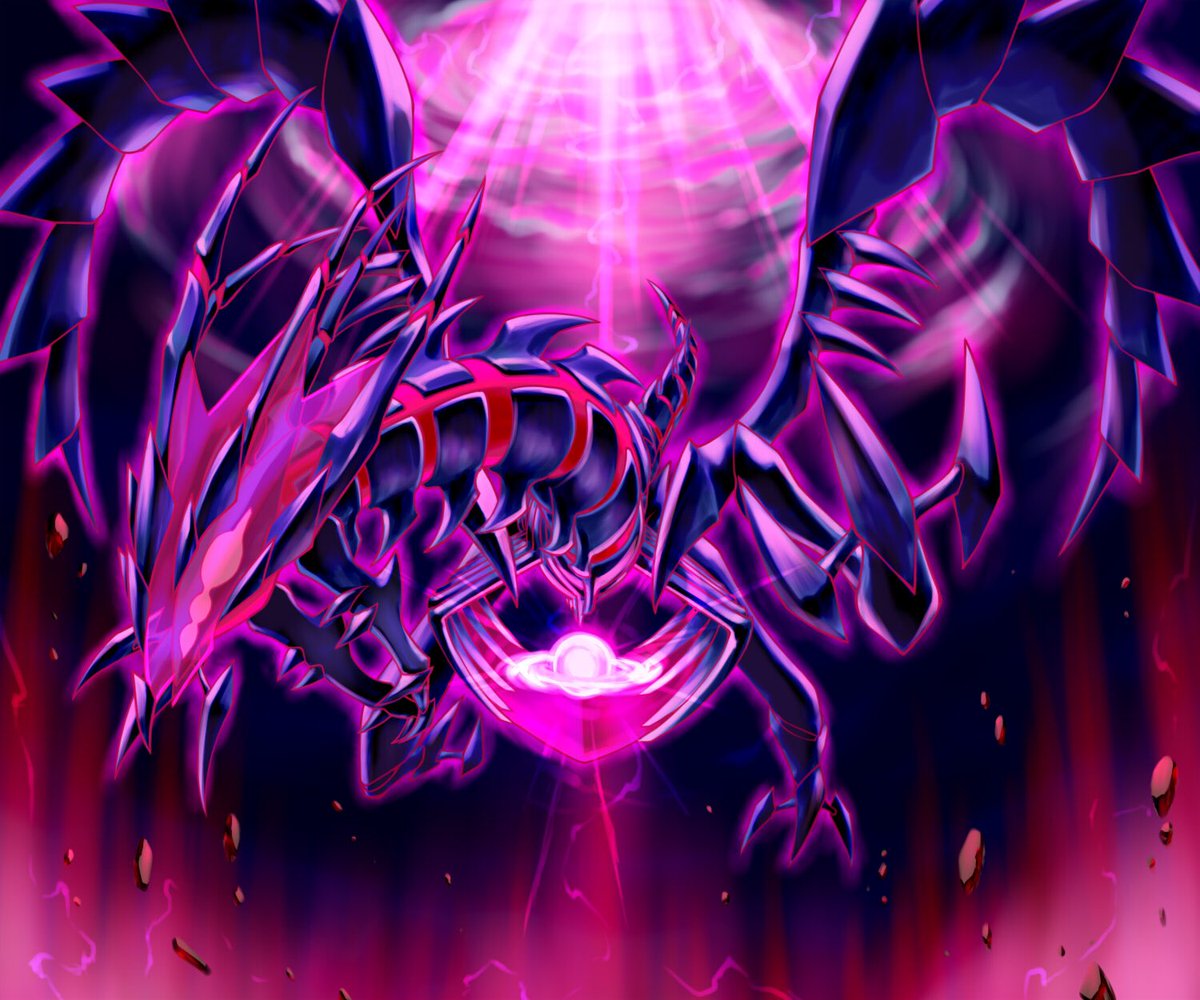 Eternatus makes a fabulous wall when equipped with Fur Coat, catapulting its physical defense to 578 before a CG. Recover is your basic 50% recovery move, Body Press actually does quite the damage, especially if you can get two CGs off and raise that defense to 2312. Spectral thief is for stopping setup sweepers, since Haze would remove your own boosts, but if you choose not to run CG then Haze is better. Eternatus is surprisingly the team’s main win condition, as Body Press 2HKOs most things after 2 CGs. (Many things in the metagame are Fighting-weak such as Obstagoon, the Kyurems, or Melmetal).
252 Atk Zekrom Bolt Beak (170 BP) vs. 248 HP / 252+ Def Eviolite Chansey in Electric Terrain: 532-627 (75.6 - 89.1%) -- guaranteed 2HKO
252 Atk Zekrom Bolt Beak (170 BP) vs. 252 HP / 252 Def Fur Coat Eternatus in Electric Terrain: 82-97 (16.9 - 20%) -- possible 7HKO after Leftovers recovery 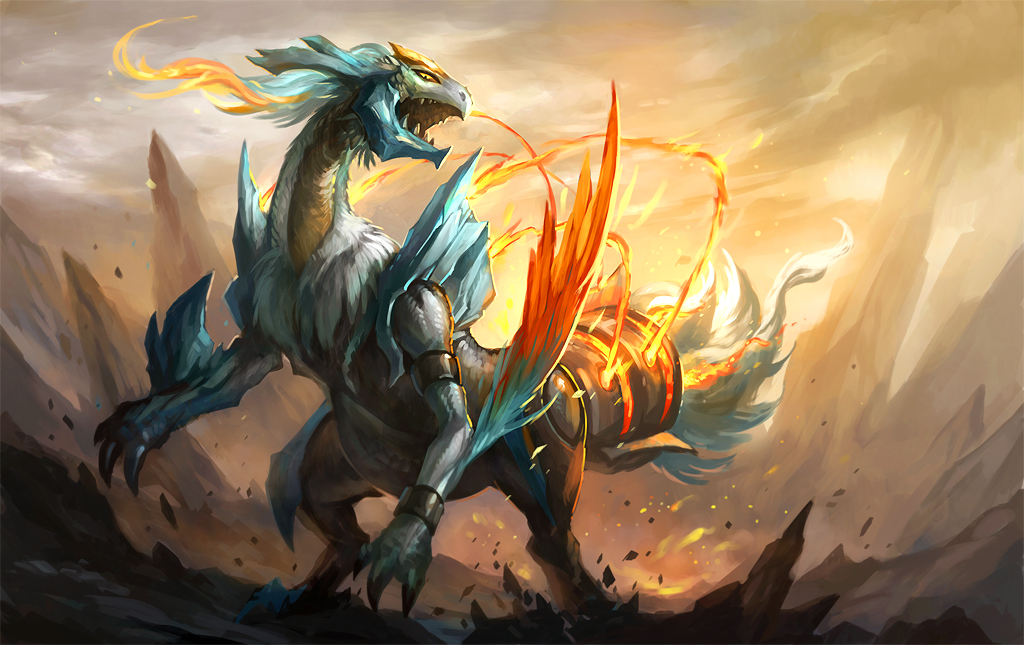 This thing has insane power and you’re really QDing for the speed mostly. The SPATK boost is always nice though! Extreme Speed is for picking off Focus Sashes and the occasional ladder Power Trick Shuckle. Multi-Attack is mainly for those pesky Normalize Dragapults but also provides nice coverage. You can also run this guy with Specs (or scarf to outspeed mirror matches, but not suggested) however this team needed a counter to Normalize Ghosts. 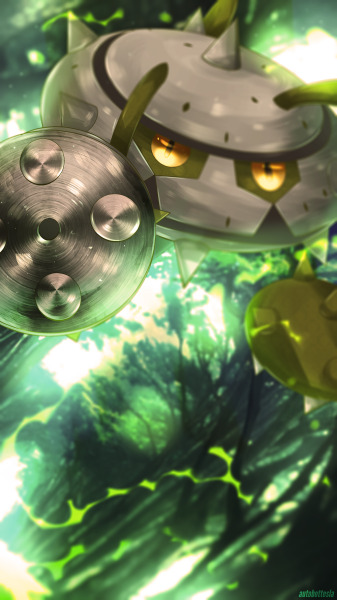 Ferrothorn returns to its hazard setting position once again! This time with both Spikez & Toxic Spikez! Double trouble is heading your way. I would suggest setting Tspikes first unless they have a Poison-type (thank god for team preview huh) in which case normal spikes or SR will do. Strength Sap completely shuts down physical attackers and physical setup sweepers— they’ll generally just keep setting up, giving you infinite health. The move of choice is up to you— do you want to beat other Ferros, somewhat improof yourself by not beating other ferros, or ignore abilities? Finally, the ability is a mold breaker clone to stop mbounce or other shenanigans. Mbounce and Flash Fire are also viable on this set, since Taunt and fire moves beat it hard, so it’s up to you. 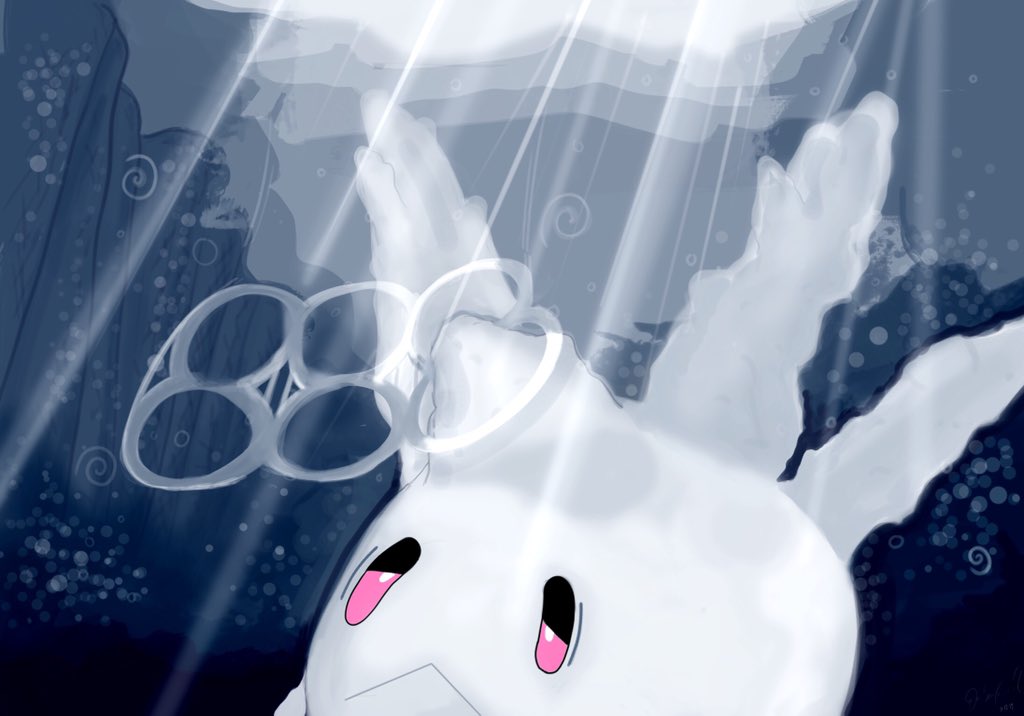 Final mon, and somewhat of a gimmick— it’s corsola! The dead version, that is. Galarian Corsola can utilize Anchor Shot to trap its foes in before slowly killing them using Perish Song and a combination of Spiky Shield and Strength Sap. Its ability is Soundproof to allow it multiple possible uses, and the Eviolite helps keep it alive. This set works pretty well unless the opponent has a specific counter to it. Watch out for Knock Off, Power Trip or Moongeist Beam in particular, since those are commonly run super effective moves.

Threats:
- Taunt shuts down a large part of this team since it has no mbouncer and lots of status moves, consider running mbounce on ferro or your own taunt
​
Last edited: May 22, 2020

First thing, thanks for posting here your team.
Now if you dont mind I am going to comment some things about your team.
One thing, ¿why are a lot of your dmg calcs done using a chansey as foe?
As I always do with this kind of rewiew I am going to try to keep the pokemon and set roles core untouched, so lets go.

1. Obstagoon's set is a bit weird. Since shell smash is banned it loses alot of viability. I see what you want to achieve with your move selection but it takes a good number of turns to set up that. I you really want to use obsta I can recomment you to remove cosmic power and swords dance, and sub them with no retreat. Then, as I see u are not sure what item should it hold u could give him shed shell, whose effect with nullify no retreat trapping. No retreat gives you a one turn set up that already lets you x2 in your defenses, offenses and most important, speed. This will give you the otion to atack instantly with a high bp power trip. The slot move we have freed could be filled with coverage like earthquake, or even if you want you could fill it with swords dance again, if you want to set up a second turn and become x4 atack.

2. Zekrom. Zekrom set is a bit subeffective in my opinion. By this I mean that elec ground this gen gives 1.3 boost and not 1.5 like last gen. If you use adaptability as zekrom's ability you are going to boost Bolt beak and Dragon darts power by 1.5, which is more. About being scarfed, the problem with scarfed stuff this gen is that zacian-c still outspeeds them if neutral speed nature which is bad. Scarf is not that bad u can keep it I guess.

3. Body press+cotton is a weird combo to use on an eternatus. Changing it by dynamax cannon, to beat dragons, and teleport, to slow pivot into your breakers.

4. well dark memory seems very mashup related but that set actually looks viable so I am going to keep it. Maybe its worth to change multi by v-create to beat ice scales uses like zama-c, and then use ice plate (or whatever item that boosts ice).

5. Here, I see double hazard on the same mon a bit unnecesary. I would remove one of the hazards and change it for something like will-o-wisp, nuzzle, topsy, toxic, spectral, knock off, worry seed, or any good support move that comes to your mind. In the 3 slot I would put a pivot move, either u-turn or teleport to have more oportunities to bring in safely your breakers. Sap as healing seems very good as moldy will ensure no mbouncer is going to stop it.

6. Perish trap is a strat mainly used to take down walls that cant pivot. The problem here is that most of the walls of this meta have a pivot move, which leaves perish trap even more situational. About corsola itself, single ghost typing is not very good defensively and its defensive stats may be not enough if not a boosting ability (like fur coat or ice scales). I dont really know what to change here. I guess you could make it ice scales but again, its typing is not very good to fill that spot. I think you should consider changing this pokemon.