This is Everybody with my first 6th gen Uber team. Pushing aside a winter theme, I decided that its time to revive the wrath of my ACR 6.8. This team's highest winstreak on PO was 17. The new pokemon in XY offered little resistance to ACR, but its the new mechanics that influenced this team a whole lot (weather nerf, defog buff). Here was my successful uber team in 5th gen:

Now time for some in depth analysis...

S-Rank (Deoxys-S) @choice scarf
Pressure
Impish Nature
252 HP / 164 Def / 92 Spe
-Trick
-Thunder Wave
-Stealth Rock
-Superpower
​
Deoxys Speed isn't always super, but his goal is to cripple as much pokemon as he can. Trick hurts support pokemon, and boosters, but it got nerfed imo due to those mega stones, so I have to be really careful. Thunder wave neutralizes fast pokemon. Stealth Rock is bonus, and superpower is there for the many pokemon weak to fighting. The speed EVs are so that he will always outspeed any max neutral base 90 scarfer (YOU KYOGRE), the rest are dumped to buff its physical defense. 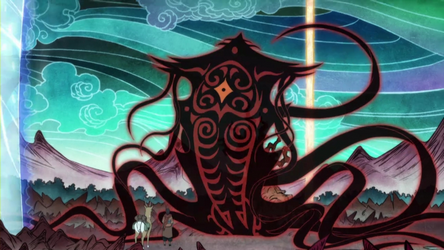 YVattu (Yveltal) @Big Root
Dark Aura
Modest Nature
24 HP / 252 Spatk / 232 Spe
-Taunt
-Toxic
-Dark Pulse
-Oblivion Wing
​
Oh yeah... Yveltal is graced with groudon's crimson red, robed in Darkrai's hair, and even sporting lugia's magnificent wings. To top it off, it inherited Vattu's beam. Since I got Y version, I tried testing this bird out. It was very useful in that it had some key resistances that none of my other pokemon offered. Taunt makes it able to beat chansey and blissey 1 on 1 thanks to big root. Taunt also makes smeargle leads pointless. Toxic is filler, but its great at weakening tyranitar and xerneas switch ins. While it may not be the star of the show, Yveltal's importance lies in taking down the bulky titans. Now with the item choice... big root heals as much as a life orb boosted oblivion wing, but without the recoil. That being said, I haven't been disappointed much by yveltal's raw power. 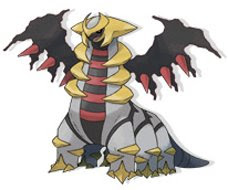 Giratina is a wall of endless options, I'm having a hard time choosing. Giratina was the last member put onto the team, and he made it because of the last type resistances I needed to cover. Its basically a pure support set. Dragont tail to stop boosters, shadow sneak to pick off pkmn at their last leg, and T-wave to help out the team. Rest keeps him healthy, and with the "nerfed" sleep mechanics + heal bell, it shouldn't be too risky. The evs are so that I can switch into kyogre more safely.

This guy has stayed in my team because of his revenge killing abilities. His head will crush tyranitar and xerneas, or maybe even hax you to death. U-turn makes him hard to pin down, and his launcher makes sure that even burn won't phaze you. Genesect is fast enough, so I put a bit of EVs to his HP to give him some help switching into attacks...like moonblast.

Stargazer A.K.A. ACR 6.8 can set up on numerous of threats, and if you boost correctly on the switch in, you can even boost in front of people carrying STAB SE moves! Steel is arceus' go-to mono attacking type because no one is immune to it, and you are immune to poison and sandstorm damage. I'm thinking of rearranging the speed EVs so that it hits 340, and I can dump the spare EVs into the boostable stats. ACR 6.8 takes on a new name because...its more flashy?

FINAL THOUGHTS
​
Please review/rate this team. I still have some uncertainties for the EV spreads, and Giratina overall. I also have no hazard remover. Feel free to try this team out if you like. This is Everybody signing out.

Hey, nice team! Congratulations on the streak! I can't write a full rate right now, but I can see that your team has no mechanism of dealing with Xerneas at +2. Maybe change Arc-Steel to a physical set?

Few quick changes, I will give a full rate later based on what you follow here:

- Nitpick, but you have Manaphy listed at the top and Vaporeon under it

- Leftovers > Big Root on Yveltal, Big Root just doesn't work as it is unreliable, you will not always be using/doing enough with Oblivion Wing.

- Stop using Giratina with attacks (other then DTail) because Shadow Sneak will do NOTHING. Make this Sleep Talk, also consider Roar or Will-O-Wisp over TWave

- Genesect needs max Speed simply to tie with other Genesect. 20 HP EVs don't help you against a Moonblast from +2 Xerneas. You also want Explosion, it's much more useful then it sounds as a last resort, but isn't mandatory. Genesect also has access to Blaze Kick > Flamethrower, but most Pokemon that are hit by it are more physically defensive, your choice.

- That Arceus picture looks cool lol. Don't use Iron Defense, it isn't as good in practice as it is on paper. He also seems pretty redundant on this team.