Ending the voting phase. Here are the winners for the Magnezone Victim week:


Proof for the second check:

5
Congratulations to our four winnners, and thanks to everyone who made a submission.

Our new victim for this week will be a demonic set that regained in popularity recently: Cosmic Power Mew, also known as Demon Mew.

This set can be extremely annoying to face when you don’t have a proper answer. The idea is pretty simple, set up with Cosmic Power while Taunting slower defensive Pokemon to avoid taking a Toxic, a Haze or an opposing Taunt, but also prevent the opponent from setting up on an answer. Stored Power becomes a strong 260 Base Power STAB after setting up 6 Cosmic Power allowing Mew to easily sweep while being impossible to KO. Body Press used to be the option of the choice over Taunt as it gives a tool to hit Dark types, but in the current metagame where Dark types are not common, Taunt is often preferred. Who would you use to check or counter this demonic set and prevent it from 6-0ing your team?

Weavile @ Heavy-Duty Boots
Ability: Pressure
EVs: 252 Atk / 4 SpD / 252 Spe
Jolly Nature
- Swords Dance
- Triple Axel
- Knock Off
- Ice Shard​
Weavile is fater than Mew and can setup a Swords Dance into its face therefore it can go ham on it with a +2 boosted Knock Off and it can remove its Leftovers making it less sustainable for the rest of the game. Mew can also not touch Weavile with only having Stored Power in its arsenal meaning Weavile is a great COUNTER to Mew, as it can disrupt it in every aspect.
Last edited: Nov 22, 2021

Toxic tornadus will always be a hard counter to demon mew. You are guaranteed to be faster to get the toxic off and unless you miss 5 toxics in a row, mew won’t be able to ohko you under any circumstances.

zeno420 said:
reserving toxic tornadus, also no big deal but Tyson didn’t submit ferrothorn for last week it was me : )
Click to expand...

Sorry for this, it's fixed.

Tyranitar @ Choice Band
Ability: Sand Stream
EVs: 252 Atk / 4 SpD / 252 Spe
Adamant Nature
- Stone Edge
- Crunch
- Fire Punch
- Ice Punch​
No body press = Counter. Tyranitar can OHKO Mew with Crunch and Mew has nothing to fire back with, forcing it out. If Mew does manage to get boosts, Crunch can get a handy defense drop or Stone Edge can crit it. 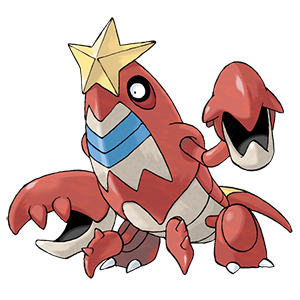 Submitting the GOAT as a hard check. Although Mew can’t touch you, a desperate last ditch option is to attempt to out-stall Crawdaunt thus forcing it out. This requires the Crawdaunt player to run Crunch on the Band set or play extra chicken mind games with Swords Dance (as to not get taunted). Furthermore, some Mew run Body Press making Crawdaunt not without risk.

Zarude is a counter to this Mew set. You are immune to Stored Power, you are faster than it and have Darkest Lariat ignoring the buffs from Cosmic Power breaking away Mew. Even if this was Body Press you have to Bulk Up increasing your Defense so Body Press will be dealing less. While Zarude is more of a niche pick these days its one of the better answers to Demon Mew especially when its running Body Press, since Bulk Up makes it deal against Body Press better in the long run, which for the sake of this week its not meaning you completely shut Demon Mew down.
Last edited: Nov 24, 2021

Grimmsnarl is a counter. Without Body Press, Mew has no way to directly affect Grimmsnarl, allowing it to switch in practically for free. From there, Grimmsnarl can get in at least one round of setup, thanks to Prankster, then threaten Mew with Darkest Lariat. If you do get Taunted before you can set up, Darkest Lariat will still 2HKO, even when factoring in Leftovers.

Here's how the whole 1v1 between G-Moltres and Mew can pan out :

1) Mew Taunts predicting Agility/Nasty Plot, but G-Moltres hits it with Fiery Wrath. This is a 2HKO and Mew is forced to roost (setting CP next turn can't save it), thus winning the MU


252+ SpA Moltres-Galar Fiery Wrath vs. 252 HP / 0 SpD Mew on a critical hit: 408-480 (100.9 - 118.8%) -- guaranteed OHKO
4) You mispredict and you get no crits on Mew, which means that Mew Spams Taunt + Roost+ CP. Eventually, Fiery Wrath PP will be depleted and Mew wins. However, the odds of this happening is very low, and even then Mew has to predict an NP/Agility always correctly to Taunt the G-Moltres. One wrong prediction from Mew can lead to the Agility + NP Scenario (2nd one) and G-Moltres can fish for fliches

To avoid even the unlikely 4th scenario, the set I post here has Mental Herb, so that no prediction is needed. With this item, G-Moltres can click Agility as the first move, followed by NP and Fiery Wrath. With Mental Herb, G-Moltres win the Demon Mew MU regardless of whatever comes up. 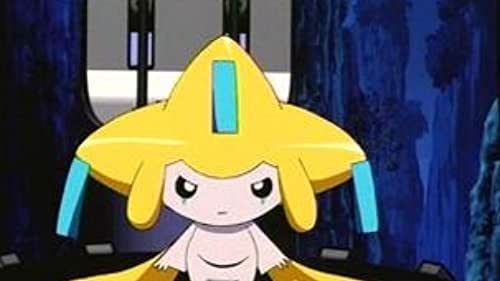 Just using its standard OU Specially Defensive set, Leftovers, a 4x resistance to Psychic and SpD investment allows Jirachi to stay untouched by even fully set up Demon Mew. Wish gives it a form of recovery and allows it to support teammates, Body Slam allows Jirachi to paralyze Mew without worrying about Taunt, Iron Head make paralysis even more of a pain for Mew with added flinch and U-Turn allows Jirachi to safely pivot into a wallbreaker that can set up on Mew while also chipping it a little in the process. This makes Jirachi a hard Counter to Demon Mew.

Slowking @ Heavy-Duty Boots
Ability: Regenerator
EVs: 252 HP / 4 Def / 252 SpD
Sassy Nature
- Scald
- Slack Off
- Dragon Tail
- Teleport
Submitting Slowking as a counter to Demon Mew
Slowkings advantage over its OU brotheren in Slowking-galar is its acces to a phazing move in dragon tail which allows it to phaze out the mew who is trying to setup.Dtail being a damaging move allows slowking to ignore taunt from mew while mew struggles to do damage to Slowking.
Here are some calcs

Hey, just a little reminder that I will close the submission phase in ~24 hours. avg pinging you in case you want to fill your submission.

​
while not being immune to stored power, blacephalon is faster than mew, has a powerful stab shadow ball to threaten it and has access to trick to shut it down. it may be tricky to switch into mew since you have to scout its set first, but even if you let it get a cosmic power boost for free, specs shadow ball will 2hko this mew counting leftovers as well even after 2 cosmic powers, which means you can start clicking it and force roosts until mew runs out or you get crit/spdef drop. this is pretty much as good as it gets without an immunity to stored power.

Hey there, submission period is now closed, so let’s move on to the voting phase. The Victim of this week was the fearsome demon

I did not include Body Press as an option on purpose because I didn't want this to be too hard and I wanted to feature the Taunt set over the Body Press one as it is way more common right now. This means that all Dark types wall it and I thus included all of them as counters (if the Crawdaunt submission who was a hard check). Because of that, we only have one check and the vote will only take place for the counter submissions.

With that saying, here are the submissions, we’ve got:

Vote for your two favorite counters (you can’t vote for your own submission).
Voting phase ends on Sunday.​