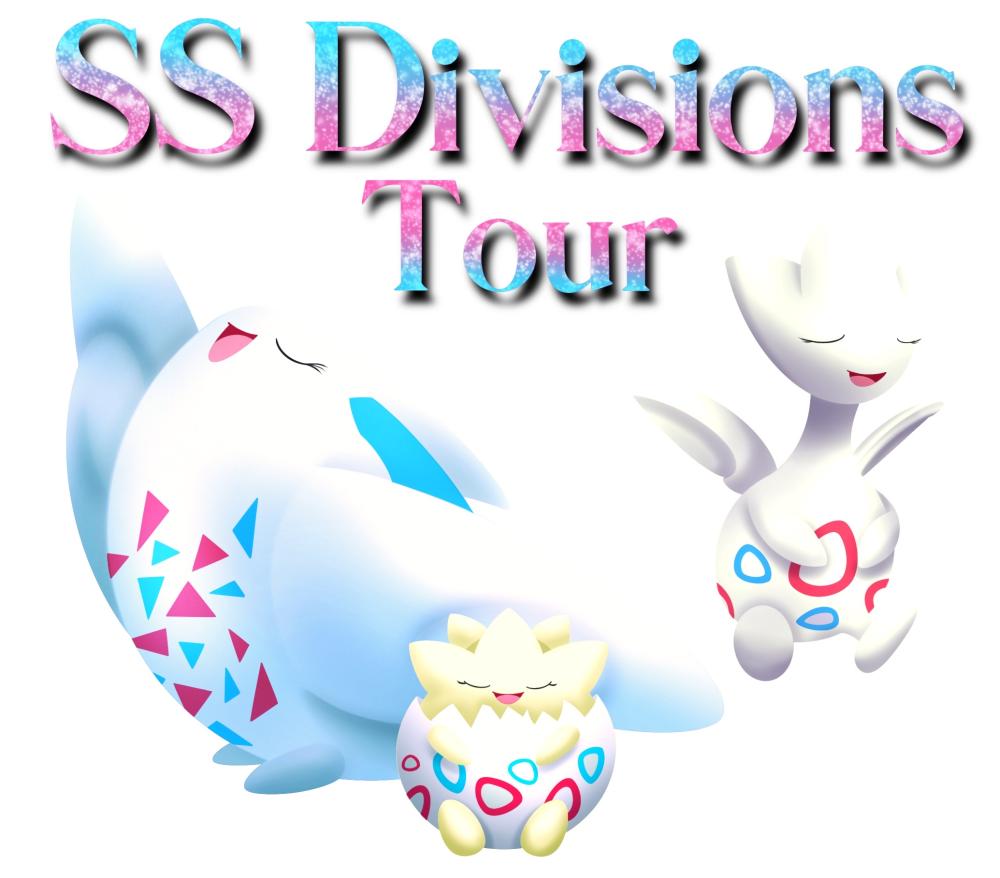 Welcome to the first edition of the 1v1 Divisions Tournament! In this tournament, all the players will be split into three divisions based on past performances and will within their division. There will be 4 brackets running simultaneously, the winner of each will then meet in finals. The goal is to play players around your skill level for the vast majority of the tournament.


Tournament Rules
General tournament rules and regulations can be found here.
This tour will be played in a single elimination, Best of Five format. You may switch teams between games.
Each round will take at most seven days. The results of games that are not played will be decided by coinflip or activity call.
If metagame changes occur during the middle of a round, they will take effect in the subsequent round.
Battles must take place on the main server or smogtours.
Replays are required for every round.

0-1
DEG vs STABLE
pqs vs Blanched


Round 2 will end at Sunday, September 25th, at 11:59 PM EDT. No extensions because of swiss.
Guide to scheduling is here: https://www.smogon.com/forums/threads/tournament-scheduling-guidelines.3642746/

Calling act because my oppenent didn't gave me an answer of the week even though he was online several time.

won 3-0 vs neomon , sorry for the crit t1, even if it prob doesn't mattered since i'm modest lo.

s/o @walmart
s/o frogs for pointing out that i cant count up to 5
Last edited: Saturday at 8:06 AM

won in 5 vs Nultiprise. really mad about g3