Approved by Crystalites
Inspired by Marjane

SWSH NFE Ghosting Tour
​
Welcome to the first of many SWSH NFE Tours. The first one will be a two man ghosting tour, where people are actively encouraged to ghost each other.
Tournament Rules

- No Disallow Specs - To let people ghost and join games easily
- No Battle Timeout for the first 30 minutes of the game - This lets both teams discuss the game and their plays during the game without any timer pressure. However, after 30 minutes, either team can put on the timer if they wish to ensure neither team is needlessly timerstalling. Make sure the time the game started is posted in the battle chat at the start of the game if you wish to use this.
- 2 people are allowed per team. It is advised to only form teams within the same or similar timezones to avoid scheduling issues, though not a rule.
You may sign up as a team with both members in the post or alone as a free agent to be picked up by someone.
- There is no need to "confirm" you are on a team you are signed up for, and it just clutters the thread. If you are on a team you shouldn't be on, PM me on discord Simbo#5254

- RE: Free Agent Signups -- You can either sign up as a free agent, look at other free agent signups then make a team with another free agent signup, or I can assign teams from free agents based on timezones at the end or signups.
- Because of the ghosting element, who is actually battling for the team each round makes little difference, just make sure the battle gets done. Prioritise getting the game done over everything else, even if only one person on the team can make the time
- There's nothing to stop you taking the advice of people not on your team, but remember that they may not always have your best interest at heart, and spies and backstabbers are everywhere.
- Schedule early.

You are highly encouraged to post logs of your battle and your ghosting in the thread of the respective round. Ghosting in call is also allowed as long as someone records it and uploads it (ideally youtube). (You will notice that the ghosting logs are by far the best part of this tournament, so it'd be a shame for them not to be available to everyone).

Team Name:
Your Discord:
Your partner's team name and Discord:

Your Discord:
Your Timezone: 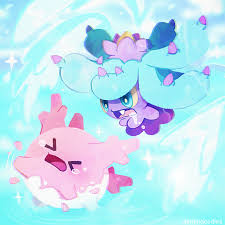 14. the hax of the outback
outbackrabbit
Sir outback#9925
NeverUsedTier
fudge#3470 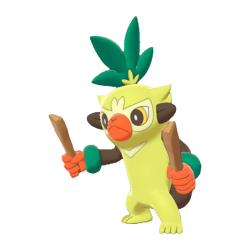 in as a free agent :o

Spin out of control~


Cool tour but I think its an absolute joke you need timer off even in ghosting it shudn't take that long. It's just a fun tour not the soccer x chess wc final .

I, Felucia, am in with Waylaid team name is Dwebble and TheMez#8858 Waylaid#1048 is discord I'm too lazy to properly format

In as free agent

Team Name: the hax of the outback
Your Discord: Sir outback#9925
Your partner's team name and Discord: neverusetier fudge#3470