Jack of all Trades

Team Tour Avatars​
Here's the thread that's all about the custom avatars available to players and managers of Smogon's official team tournaments: Smogon Premier League, World Cup of Pokémon, and Smogon Champions League. Originally came about for SPL X and its complete design overhaul, the team custom avatars were proposed as a way to represent one's team whenever playing, sort of like a team uniform. While it's never been a mandatory thing to "wear" and many choose to sport other avatars of their choosing, it's a well-liked concept that eventually expanded to all team tours and showcases the many talented artists and ideas that the community has.

Note that this thread is not about custom avatars that are offered as prizes for various smaller tournaments like PLs and the likes, as those are managed through PS Admins and have criteria similar to regular custom avatars. Now for some rules and guidelines:


Eligibility
Team tour avatars are granted to managers and drafted players for SPL and SCL. For WCoP it's the captains, the 8 playing slots, and 4 substitutes. Helpers, builders, cheerleaders, etc, as well as permalocked players are NOT eligible. The PS account associated with a given Smogon user should be the single account that's voiced on smogtours.psim.us, it can't be on any other alts one might own. It's up to the managers/captains to submit accurate lists of PS accounts that follow the above rules to the TD in charge of the avatar process (currently Amaranth) in a timely manner. Should a player be bought during mid-season the newly bought player's PS account should be submitted in the way previously listed. Similar to regular custom avatars, it's not allowed to share these team tour avatars with others by giving out the account's password and people caught doing this could lose access to the avatar depending on the circumstance. WCoP also have the added factor of some teams having to qualify before Round 1 starts, but only the teams that then make it to Round 1 will get an avatar for their team.


Basic custom avatar guidelines
(partially taken from the regular custom avatar submission thread)
The avatar needs to be a png with the dimensions 80x80px, have a transparent background, and match the pixel art style of public avatars available on PS. A Pokémon is allowed together with the trainer, but it can't be "just" a Pokémon, it should have at least something else trainer-like in it. The "something else" does not need to be human, but it should be more than just clothes or accessories on the Pokémon, it should be a separate "thing". If you're unsure what pixel art style means specifically, here's two examples:

That's the Fisherman and Cynthia sprite from the Gen IV games and if we take a closer look: 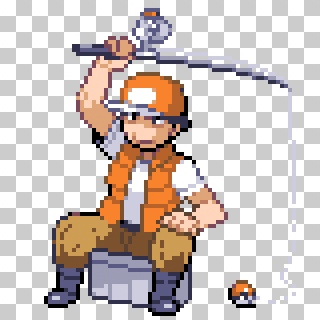 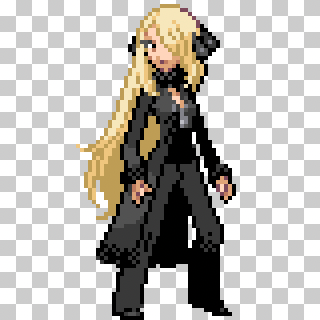 The sprite is pixel art with a low color count, which generally means a two-color shading from a single top-left directional light, with outlines that are a single pixel thick and a darker color of the "inside" color (but not pure black), and has no anti-aliasing. It also faces slightly to the left, as these trainers appeared on the top right side of the screen to face against the player in the bottom left. Cynthia demonstrates having an outfit that is black that doesn't rely on pure black and is a good reference point on how dark something "black" in a sprite should be. There's also no details cut off by the 80x80 canvas for either of the two.

Below are some examples which don't follow the above guidelines: 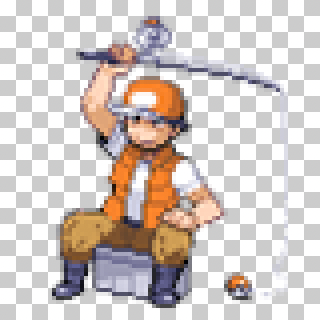 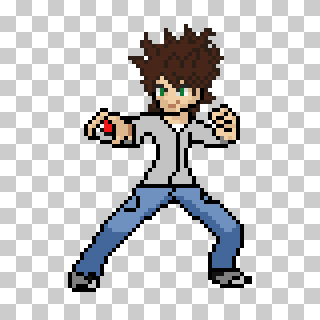 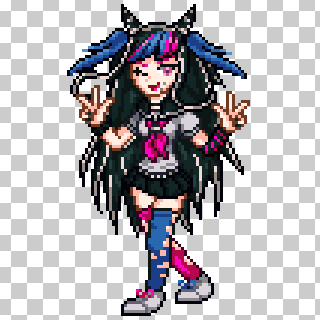 The first one has been resized with anti-aliasing, which is the smoothing of sharp edges by averaging the colors of the pixels at a boundary. This also introduces partial transparency, which is not allowed even with regular sharp edges. This means that you generally can't resize pixel art, unless it's using nearest neighbor interpolation, which doesn't use anti-aliasing. This shouldn't be attempted unless the sprite is properly cleaned up afterwards, as most outlines and details will be displaced. The second one has little to no shading at all and has solid black outlines all around for most of it. The third one, while of general good quality, simply doesn't follow the general shading and style of trainer sprites in Pokémon. While not exactly outlined, overly graphic or violent depictions in sprites can also be subject to rejection, use common sense.


Team tour specific avatar guidelines
In addition to the basic guidelines in place for all custom trainers, there are some specific ones to team tour avatars:

Include a trainer and the primary mascot Pokémon of the team
Fairly straight-forward, all teams have a mascot in their team logo and the avatar should match. Specific details like regional variant or shiny state should also be followed.

A matching pair of avatars is an option for a team
Recently decided as of writing and allows for a better representation and satisfaction for all players, as getting everyone to agree on a single avatar can be difficult and some preferring either masculine or feminine avatars now get more to choose from. That's not to say that one has to be masculine and the other feminine, as long as they form a natural pair and don't differ too much visually overall it's usually acceptable.

The trainer should be a character that exists as a publicly available avatar and match the style of Gen III and above.
This means no completely original character or character from other series than Pokémon. Gen I and II trainers have a different shading style due to the limited color palette of said games and should not be used as is, but can be re-shaded to conform to newer shading style, like shown here. Custom poses are allowed as long as you're able to identify the character. Sprites from the above link that are made after Gen V are all made by an artist and thus might not want their work to be freely edited, so make sure to ask for permission from the artist in the credits section first if you want to make changes.

The Pokémon should similarly be from a Gen IV game and later
Gen III style Pokémon are often a bit too small to be a good fit (maximum size of 64x64), but can be used as a last resort. As Gen V and above have a maximum size of 96x96, this can sometimes mean that the Pokémon exceeds the 80x80 size that custom trainers use. Resizing or careful cropping/shortening should then be used, as no details are allowed to simply be cut off by the canvas size.

Recoloring of the trainer is allowed, while the Pokémon should be left mostly as is
This is probably the most common way these avatars are made, by combining a trainer and its mascot and giving the trainer a palette swap. Small changes to the mascot Pokémon can be allowed, but complete palette swaps are not an option.

Any exceptions to the above rules are just that, exceptions
None of these set any precedent and shouldn't be apart of any future whataboutism that people might try to leverage. If a team has an idea that might differ from the team tour specific guidelines, they're welcome to message me (Kalalokki), shiloh, or the TD in charge of the avatar process (currently Amaranth) to discuss it before a substantial amount of effort is put in to an idea that has a chance of getting rejected. Some guidelines might be more strict than others. Asking for approval from a PS admin or someone else that's not involved does NOT work. So if this is something a team wishes to pursue, they need to have a proper reason to go along with it and also have a plan B thought of in case it doesn't get approved.


To artists/sprite creators
Thank you for contributing, none of these could've been made without you. While I don't help make these anymore, I know the amount of work that goes in to some of these avatars, how fickle managers can be at times, and the short turnaround these might require. With the added difficulty of custom poses or 2 separate avatars, it's understandable if things get too daunting or demanding so don't feel afraid to turn down requests if it's not working out. Be up front with payment or simply make sure you're appreciated for your work.

Jack of all Trades
Thanks to Marty we now have a directory that gathers all team tour avatars that have been created over the years and showcases them in one convenient place. In the future this will also feature all prize avatars from smaller tournaments, but are a bit messier to compile as of now.