Pokémon The Eternal Flower (or: Floette-E)

Leaks of hidden content in Pokémon X and Y has revealed a new forme of Floette, called the Eternal Flower. This form - actually a representation of the story-significant AZ's Floette, the eternal Pokémon, with whom AZ seeks to reunite - differs from all other forms of this NFE Pokémon in that it has different stats. In fact, with a decent 92 Speed and a very respectable 125 Special Attack, they are highly buffed from the base Floette and even from the final evolution Florges! It is noteworthy for appearing to be one of the few offensively slanted fairies that aren't terribly slow - something like M-Gardevoir in stat-distribution. It cannot evolve, like the Spiky-Eared Pichu. As far as we know, it cannot use the Eviolite.

The Eternal Flower has its very own signature move, Light of Ruin, which it naturally learns at Level 50. It is a special Fairy-type attack with a whopping 140 base power and apparently, a recoil-effect similar to Head Smash. With a standard boosting item, Floette-E's Light of Ruin is, in fact, the hardest-hitting special Fairy attack in the game, outdamaging M-Gardevoir's Hyper Voice and even Xerneas' Moonblast!
Unfortunately, it has the same problems, that plague Florges - bad physical bulk, an useless ability, and shallow movepool. It hardly gets any form of useful coverage to complement that delicious STAB aside from Psychic for M-Venusaur, which behinders such potential offensive sets as Specs and Calm Mind (though Light of Ruin is such a nuke, it probably rips through even resists in many cases). The recoil of Light of Ruin is its big problem, as half recoil from massive damage will wear it down, to the point that it will last three turns at most. It also has no form of priority to make up for its low speed. Still, AZ's Floette looks certainly to be, if not a huge threat, an interesting and promising option for the competitive scene.

With such an absurd move like AZ's Floette has, a Choice Specs set to ramp it up to overkill levels is only natural. Coming off an effective 574 Special Attack, a Light of Ruin is something, not even any but the most specially bulky resists wants to switch into - in fact, a whopping eight Pokémon (M-Venusaur, Heatran, Aegislash, Jirachi, Empoleon, Bronzong, and the Pink Blobs) can avoid a 2HKO!

The other moves are precisely for them (well, except the blobs of course). Psychic will 2HKO special-defensive M-Venusaur, while the Hidden Power can be chosen depending on your team; Ground for Heatran, Fire for all other Steels. Moonblast is here as a second option for two reasons: Floette-E's movepool is barren and more importantly, it gives you a safer move to spam, that doesn't kill yourself in two hits. The Pink Blobs and a few special-defensive Steels may well be the only safe switch-ins to this set, which is just mind-blowing. Talonflame and M-Charizard Y can also live an attack and strike back hard, but they had better not have rocks on their side.

236 Spe EVs are used here to outspeed Timid Heatran, but you can use less speed, if you're running HP Fire. 224 Spe outspeeds Adamant Excadrill, while 144 Spe outspeeds neutral base 80's. You can also use Life Orb with this set instead, but that wears you out even quicker (which might not matter though, given the nature of your main nuke)

The Eternal Flower can also use a Scarf to become a revenge killer and possibly a late-game cleaner. The Choice Scarf fixes one of Floette-E's biggest problems, its average speed. With it, it can revenge dragons like Lati@s and non-scarf Garchomp and fighting-types like Keldeo, Terrakion, and Infernape, as well as M-Garados, Greninja and others. Light of Ruin is your nuke, but as with Specs, it should be used carefully - half recoil will really wear you down. Moonblast is your late-game cleaning tool.
Last edited: Mar 1, 2014

Tabuu said:
My hunch is that Eviolite won't work because AZ's Floette is incapable of evolving
Click to expand...

Male Combee can use Eviolite even though it can't evolve but who knows if it will work the same way considering the Floette has completely different stats than a regular one.

Would a choice scarf set be viable here?? It's speed is a little undesirable but it could still be boosted a nice chunk with a scarf.

Nice to see a new forme for Floette so it won't be completely outclassed by Sylveon. Kinda too bad it's speed is still slightly underwhelming. Could see this being viable as a Special Attacking Tank.

NeonNinja96 said:
Would a choice scarf set be viable here?? It's speed is a little undesirable but it could still be boosted a nice chunk with a scarf.
Click to expand...

DRUDDIGON SHOULD BE BANNED

Unless gamefaqs is trolling/serebii needs sleep, this thing doesn't get the eviolite boost.

I'm betting this thing's set is going to be something akin to a cleric set, but for itself alone. Wish/Protect/Light of Ruin/Aromatherapy basically assures it's own survivability, although aromatherapy could be dropped for a coverage move. This thing is wicked scarey, though... Although, drop blissey in on it and it probably dies due to massive recoil. The trade off is very real, but as long as it can keep the recoil down, wish/protect would really be beneficial.

Its speed tier is awkward. It should run enough to outrun min speed Kyurem-B. Scarf will only really help it against Lati@s, being a great switch in with that SpD stat and being immune to Draco Meteor. It sadly won't outspeed +1 CharX and even then CharX is neutral to it.

I say screw preservation with those defenses and recoil and just go flat out Choice Specs. Throw on HP Ground/Fighting for Steel switch ins and call it a day.

Ajwf said:
I'm betting this thing's set is going to be something akin to a cleric set, but for itself alone. Wish/Protect/Light of Ruin/Aromatherapy basically assures it's own survivability, although aromatherapy could be dropped for a coverage move. This thing is wicked scarey, though... Although, drop blissey in on it and it probably dies due to massive recoil. The trade off is very real, but as long as it can keep the recoil down, wish/protect would really be beneficial.
Click to expand...

Blissey has high SpD; it won't take much damage in the first place. Massive recoil from pink blobs only applies to physical attacks because their Def is so bad backed by HP that keeps them alive regardless.

NeonNinja96 said:
Would a choice scarf set be viable here?? It's speed is a little undesirable but it could still be boosted a nice chunk with a scarf.
Click to expand...

I was a tiny bit hesitant about adding Choice sets, seeing how barren its movepool is (really it could at least get coverage more useful than all these bloody Grass moves, how about Earth Power?) but Specs Light of Ruin really does look like a terrifying thing. Scarf sets can make it in to a quite serviceable revenge-killer for fighting-types and non-speed-boosting Dragons. She really has only all of four moves to choose from though, including Hidden Power. I'll add it to the OP for now.

While a substantial fault that appears to be going for Floette (never before would anyone consider this in OU) is it's movepool, in that it's only genuine attack types consist of Fairy, Grass, and Psychic excluding Hidden Power, that isn't necessarily a major thorn; Fairy and Ground (Hidden Power, can also be said for Fighting) coverage is sufficient in itself, while Psychic is still valuable for the, albeit obscure, Poison-types. That exclusive, outstanding signature move practically screams for an offensive set, and in no way should it be out of the question.

I guess gamefreak realized blissey but actually being able to attack would be too fucking much.

I'm still trying to find out where this thing is or how you get it (I don't even see the bloody thing on Serebii).

Between this and Diancie, we have two new limited attackers to abuse...

So with no Eviolite, its just even odder. If it didn't have the sane flaws as florges (coverage) then it would be great but it does not. Best bet may be HP Ground, LoR, and Energy Ball. Can't think of anything notable Psychic brings to the table here, but eh.

Eviolite will really determine if this thing is going to be good or not; 74/128 bulk is good, however it's not the fastest thing and is frail on the Defensive side.

To all people praying for Eviolite, I'd disagree, as it might even be banned if it gets it. It has nice stats to work with, along with an epic signature move, and decent enough speed tier to run scarf effectively. I don't think Eviolite will make or break it, rather, make it more likely to go straight to Übers. Also, didn't TheKAM1993 already prove it can't use it? If so it's pointless talking about impossible things here.
Last edited: Feb 28, 2014

i wouldn't worry too much about it's coverage, Light or Ruin hits so freaking hard the only coverage it really needs is hidden power, so something like wish/protect/light of ruin/HP ground would be entirely okay

Wait, Light of Ruin is the attack? I swear the name got mentioned in the restaurant ingame!!

Hiddenfreezer said:
Wait, Light of Ruin is the attack? I swear the name got mentioned in the restaurant ingame!! 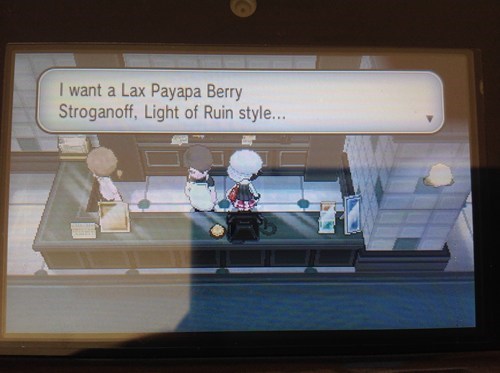 of the Ash Legion

For some odd reason Floette doesn't get Psyshock like Gardevoir does but gets Psychic; this is the main thing that differentiates the two. Floette (presumably) hits harder but will be easier to wall by things like Florges, Chanseys, etc. I don't think it really cares all that much about not having Eviolite, Light of Ruin with Specs sounds like the way to go if you can support it with paralysis. LO may also work in tandem with Wish. Shame you will still probably have to run HP Fire for Steels but I think this will be a welcome addition to UU.
Last edited: Feb 28, 2014

Honestly, even without Eviolite, it looks more promising than it first appears. I've posted some calcs of Light of Ruin, and my god is it a nuke. I can definitely see it as a wallbreaker with Specs or LO, a revenge-killer with Scarf, even a CM sweeper. The big problem is the average speed and that frail defence. It reminds me somewhat of a faster Chandelure, who also is powerful but limited in movepool (though it does get synergistic coverage through Energy Ball)


Salemance said:
Can't think of anything notable Psychic brings to the table here, but eh.
Click to expand...

Psychic is actually useful, to break through M-Venusaur at least. (It works for Thundurus and Landorus after all, it probably should here)

With or without Eviolite, literally nothing in OU besides Mega Venusaur, Aegislash, Heatran, Jirachi, Blissey, and Chansey can switch into a Specs Light of Ruin. Only six. And even Aegislash doesn't want to switch into a possible Specs Hidden Power Fire.

Mega Scizor and Ferrothorn don't get 2HKO'd if they invest in SpD but like Aegislash they fear Hidden Power Fire. 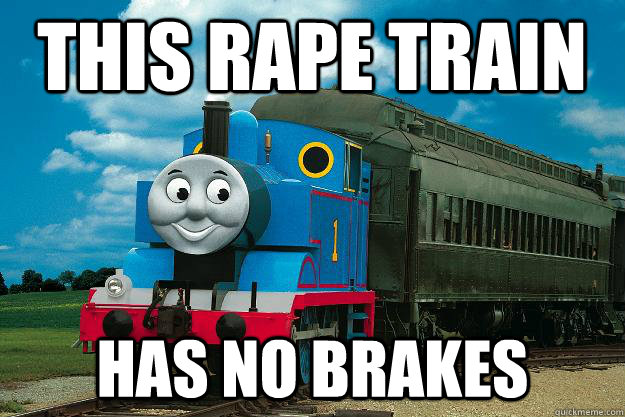