well i only joined like 2 months ago, maybe that's not long enough to be nominated worst poster ;)

i guess everyone's fair game if you post enough

had a Calm Mind

it’s hard to deny this award to a user who created a thread that showed so much promise that it single-handedly began the subprime posting crisis in which we currently find the thread market. I’m talking, of course, about Page 5; how could I not be?

Most Delusional Poster
Tossup between War Incarnate and Snessy

Poster Most Likely To Get A Yung Dramps Reply
Heavyweapons Mann

Poster With The Most Posting Potential (PP)
xzern

Most Dangerous Poster
I can see Mace killing someone tbh

Poster Most Likey To Exchange BTC For A Smogoff Award
cookie

Poster Who Is Closest To Eleven Toes
idk Ununhexium?

Poster Most Likely To Start A Romnack And Abandon It
prolly me tbh I have like 5 hacks on the backburner
Last edited: Apr 8, 2021

adamantazu said:
well i only joined like 2 months ago, maybe that's not long enough to be nominated worst poster ;)
Click to expand...

You have some contest

Snessy! said:
Poster Most Likely To Be A Mouth-Breather
mf
Click to expand...

also dont post this. this is bad posting. everybody ighnore this

It is an honor to be nominated for my big PP

The Nomination/Voting Phase ends on April 15

Please get your nominations in so we do not have to delay the awards Ceramoney. The respected winners will receive their award via PM and will be granted the opportunity to say a few things in this thread during said ceremony.

Said ceremony date is not yet determined but will be once the voting/Nomination phase has concluded. Remember this is the most prestigious smogoff award one can receive so think long and hard about who you would like to see win.

Regarding the editing of votes. It is okay to edit your Nomination/votes. However, once the phase is over you will be unable to edit your posts and the smogoff posting council will begin to the tally the votes. Furthermore, you are able to nominate multiple people for one category but please keep it to three users max. 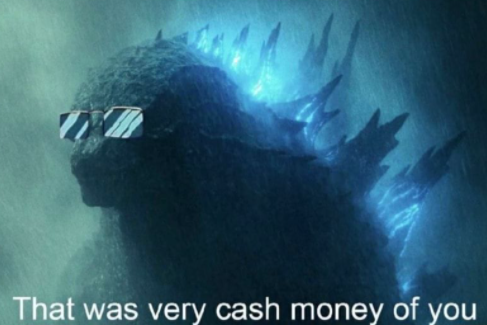 Living in a TANGster paradise

i guess it's an achievement ngl

War Incarnate said:
i like how people are nominating me for the categories that are considered negative

i guess it's an achievement ngl
Click to expand...

There are no negative categories. Winning a smogoff award is a prestigious event. It is a shame that you view certain categories as negative as there are none.

BP said:
There are no negative categories. Winning a smogoff award is a prestigious event. It is a shame that you view certain categories as negative as there are none.
Click to expand...

i know they arent supposed to be actually negative

so who is it

The Voting Phase has now Begun!

Due to a general lack of further nominations, we here at Smogoff LLC went ahead and prepared the ballot. Please note that we tried to make it as inclusive as possible which is why we decided to cut some names that were mentioned multiple times. The most times anyone can be mentioned on this ballot is 3 times which means the most awards anyone can win is 3. This rule was set in motion in order to make it fairer and encourage people to vote for lesser-known users who may have made the cut.

The voting process will end on April 18th and the Awards Ceremony will begin when I choose to commence it. During the Awards Ceremony, I ask that everyone who did not receive an award refrain from posting anything unless it's funny or adds to the thread topic. The users who have won an award/s will come up and say a few words about who they are, who they would like to thank, etc.

For the winners, you will receive a PM from me with your award and a green light to post in the thread! I am excited to see everyone at the ceremony and am so thankful that Smogoff has a great group of posters both old and new!

i like to nominate BP for most delusional poster

Moderator
*faint walks on stage to accept his award*