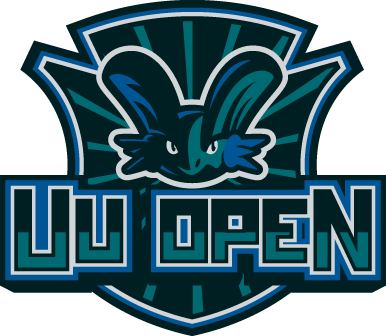 ​
Welcome back Smogon to the fifth iteration of the UU Open. This tournament is the year's premier UU competition, with the victory available to anyone who enters.

Many of you will have entered this tournament before. Many of you will be looking to make your first mark on the tournament scene. There is no telling where this tournament will go. Whether a veteran player takes the prize or a hungry player fresh off the ladder brings it home, much of the excitement of the inaugural Open of the Smogon Grand Slam is just how up-for-grabs the title of Champion truly is.

Will you be counted among those storied names to have conquered the tier of Swampert and Snorlax?

Battle Clauses:
teal6 Specific Hosting Rules:
Please don't hesitate to reach out to me regarding any questions related to the tournament. Should there be an issue that requires any sort of judgment to be made, please feel free to let me know as soon as possible.

Signups will close midnight PST on July 11th, with the first round going up later that day. For planning purposes, the following is the round schedule and it will be adhered to strictly:

If for whatever reason this schedule must be deviated from, I will be sure to let you all know as soon as possible. Additionally, if you cannot complete a round due to a real life occurrence, let me know quickly and I will attempt to work something out for you with respect to your opponent considered of course.

ANNOUNCEMENT: The winner of UU Open V will be receiving a banner on their user profile detailing that they are the champion.

The tournament has, within just the first day, received a ludicrous amount of signups. The addition of another prize is sure to incentivize players even more to reach the top. I'm looking forward to seeing these matches and finding out who has the grit, ingenuity and competitive mindset necessary to claw their way to the top.

Everyone please thank Hikari for negotiating this.

edit: This reward is guaranteed solely for UU Open. I make no promises either which way about additional awards for any other tier in Grand Slam.
Last edited: Jul 7, 2016

im going to join this tournament

She is named Aurora