After some interesting games, we have finally arrived to the semi finals! USA East, Italy, Germany and Spain all want to win this WCop, but there can only be one winner... Good luck to the remaining four teams, and may the best win!
Brackets

After the first round, the teams were seeded and will now play in a knockout style. Let's take a look at the pairings! Substitutions can be made at any time, but once a player has been subbed out, they cannot be put back in for the duration of the round.

The deadline for this round will be Wednesday, July 20 at 11:59 EST. Tiebreaker matches will happen after this deadline (if necessary). I will be calling activity wins and monitoring all these battles carefully, so make sure to keep in contact with your opponent and get it done!

Deadline for tiebreak is Sunday, July 24

Now some notes on a few issues I feel need to be addressed (basically rulings on often disputed topics):


Note the sportsmanship infraction may be used liberally this WCoP, and any unsportsmanlike conduct on the forums, in #wcop / #pokemon / any of the semiofficial tier channels, or in opposing wcop team channels (I won't infract for you being a dick in your own wcop team channel unless the situation is so extreme I feel I absolutely have to make an exception (consider basically any masterclass interaction ever)), will be grounds for an infraction. We encourage you to play semi-aggressively, but don't be a masterclass.


I'm sure plenty of you have come across coin flipping / who to activity drama while scheduling matches. I'm here to reduce the arbitrary element associated with some of these decisions. It is entirely your decision to adhere to these STRONG RECOMMENDATIONS, but note that if you choose not to, I'll most likely ignore any pleading from your end and default you to a coin flip, regardless of what you claim is your irc or forum activity. By signing up for this tournament, you are agreeing to this condition, that adhering to what I outline will protect you from coinflips / activity and that not adhering to it will subject you to coinflips / activity regardless of your proposed justification.

YOU MUST ACTIVATE YOUR VM WALL IF YOU WISH TO PLAY IN THIS TOURNAMENT. THIS IS HOW ALL OFFICIAL SCHEDULING WILL BE HANDLED.

Once that round's thread is posted, you have up to 48 hours to contact your opponent ON HIS VM WALL and mention your timezone and exactly what dates, what time ranges you are available, and where you will battle. Note that the default accepted sim and server is the official server on Showdown. You must provide at least 3 different time ranges at least 48 hours from the timestamp of your message, with at least 2 that are 24-hours apart from each other.The minimum and maximum length for 1 time range is 30 minutes, and the minimum difference between the 3 required time ranges is 3 hours. If you give 3 time ranges that stick with this policy, you can give any additional time ranges at any time you please.

NOTE THAT THIS SCENARIO INVOLVES RESPONSE DYNAMICS; THERE IS SOMEONE WHO WILL CONTACT FIRST AND SOMEONE WHO RESPOND...THESE REQUIREMENTS ARE NOT FOR BOTH OF YOU TO ASSUME TO YOU CAN BE FIRST CONTACTS...WHOEVER CONTACTS FIRST IS THE FIRST, AND THE OTHER DEFAULTS TO THE RESPONDER. THIS SHOULD BE OBVIOUS BUT SOME OF YOU ARE DUMB.

Once your opponent has contacted you, you now have up until 72 hours after the round's thread has been posted (NOT after your opponent's message) to respond with times that are good for you. What this means is that if both of you spend the maximum time contacting and responding, you should have back and forth collaboration at a maximum of 72 hours after the round has been posted, with both parties given an additional 24 hours to prepare for the battle should it be scheduled as soon as required. If none of the opponent's proposed time ranges are good for you, you must respond with alternative time ranges.

The first opponent now has X hours to prepare for the battle (if the second opponent agreed to some time) or 24 hours to contact a TD if, for whatever reason, this second set of time ranges does not suit the first opponent. Note this should be an absolute last measure and that more often than not, the TDs will likely force one (or both) sides to sub out.

Once a time is agreed upon, please make a message on your opponent's vm wall between 10 minutes and 1 second before the agreed upon time and say you are ready to battle and then get to agreed upon location (regardless of whether or not your opponent sends you a response vm). Please protect yourself by making this message, as it makes decisions much easier. You will be required to be wait for your opponent for the duration of the time range.

If neither of you contact each other before 48 hours after the thread has been posted, you're both opening yourself up to a potential coin flip. If I look at the situation, I might just determine I'm going to sub both of you out, coin flip you, or whatever based on however I'm feeling at that moment. Don't leave yourself and your team vulnerable to this.

If you follow all of these guidelines, you will a.) most likely get your match done with minimal issue or b.) protect yourself and your team from an undue coin flip or activity decision. Yes, I hate activity decisions in official tournaments. Yes, I will do my best to prevent activity decisions in the playoffs (the qualifying round is fair game however and I will have no problem issuing an activity call here), but don't push your luck.

Here is an example of how following this would work:

You'll note I made most of my response ranges multiples of 24 hours, but also included 24 hours. This means I expect you to be able to check Smogon at least once a day. If that is not feasible, you put yourself at risk.

On... Disconnecting and timing out drama


Ah, the big beefcake. I'm going to go ahead and put this out there: we reserve the right to judge any individual match on a case by case basis, regardless of assumed precedence set. If you don't like that, you are welcome to not play. Be aware of this.

Also, to protect yourself as much as possible from DCs and timer issues, play on Showdown (because it has an at least semi reliable system of rejoining after a DC) and make a gentleman's agreement to not hit timer and not be hour a move dicks.

That said, here is the main way we will probably handle DCs / timing out:

To handle all DC cases...you're gonna submit your teams before the match. Eo, who is not playing nor affiliated with any team, will manage this team submission form. You don't have to submit, but if you do, you protect yourself from the opponent taking a win. If you do DC (and you can't rejoin the battle) and you haven't submitted your team, your opponent will have the right to take the win. Yes, I'll most likely make a judgment call if he is on his last turn with 1 pokemon at 5% and paralyzed and with you at 6 100% health pokemon, because the only way to lose this is to misclick multiple times. However, if you're at 6 100% pokemon and your opponent is at last pokemon 10% needing to crit flinch you 6 - 12 times for the win, I'll give him the win if you DC and haven't submitted your team.

I know people like philip7086 will beg me "to use common sense for a judgment call" for all cases and I would normally agree, but I am giving you all a 100% out by allowing you to submit your team. Basically, submit your team, and protect yourself and your team from any and all DCs. It's a simple procedure that removes almost all subjectivity from a decision regarding a DC. Unlike with the scheduling restrictions, all you have to do is submit the team your are using at anytime before the match takes place, and you'll have 100% protected yourself. Read this rule and understand this now before you join the tournament. Since I'm stating this now, I'm basically going to ignore you if you DC, didn't submit a team, and "had a guaranteed win." Expect it. Also note that I'm going to let the PLAYER (not the team), decide whether he is going to take the win or go another route (replay same moves, replay different teams, etc.).

To further ensure no funny business, if, in the case of a DC replay, there is any concern from either party about funny business, both parties have the right to request a screenshot of the current Pokemon's stats in battle. This is irrelevant for Showdown as you can simply rejoin a battle there, but PO allows you to see the currently out Pokemon's stats if you scroll over it with your mouse. Just hit PrntScrn (windows) while scrolling over it if requested by your opponent, preferably with proof that it is a screenshot of that actual battle (consider including the opponent's request in the battle screen in the screenshot).

So that's everything, feel free to post predictions and smack talk, but let's keep the personal attacks out of this. If you have any questions or need anything clarified, feel free to contact me. Let's have a good tournament, good luck everyone! Be sure to join #wcop on irc.synirc.net for live chat!
Last edited: Jul 24, 2016

Germany vs East finals would be the best outcome I think, most entertaining from a spectator point of view, arguably highest quality of players

LOS DEUTSCHLAND
italy has the best flag though 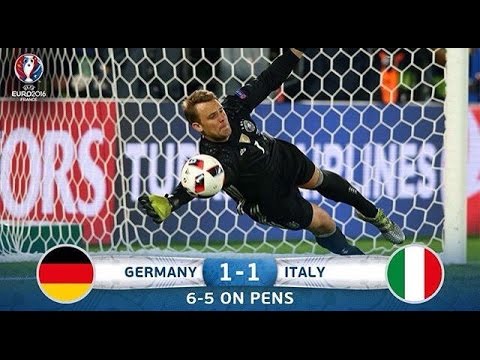 Really hyped to get our bo3 finally done Stath, I hope we have a great battle! 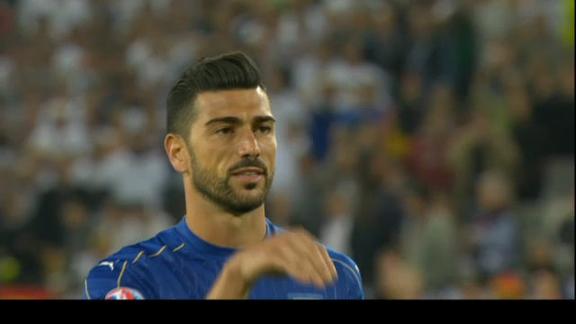 get ready, Neuer Angello. I won't fail this time.

yeah thats the stage everyone wants to see.

The ring on my finger says I'm champion 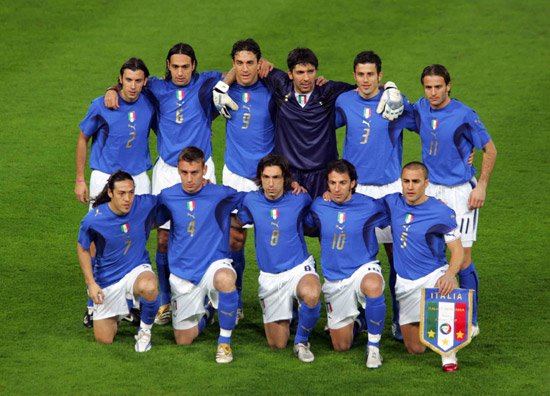 Enjoyed this wcop, gl everyone and may the best win

hope they won't fail tho :x Throwing up another clueless sports bet

7.) Spain (5) vs. 6.) US East (5)
ORAS: [K-12] The Madchine vs FlamingVictini sry idk u (maybe I knew you last round)
ORAS: reiku vs -Tsunami- gave me thumb ups
ORAS: Trosko vs bro fist
ORAS: Axel10 vs Stathakis
ORAS: Poek97 vs TDK
BW: SoulWind vs Jayde
DPP: Colchonero vs BKC
ADV: Malekith vs Tesung 2 fisso
GSC: M Dragon vs idiotfrommars luckier than colch
RBY: Crystal_ vs Tobes I remember looking up to the guy when I started, and he changed RBY (for real)

Bold prediction. Spain gets one more win than they did last year!