Trade made me, now get me

PS Name : txitxas
Timezone : +2
Preferred Tiers : DNU, I could play other tiers if necessary with teams
Availability / Significant Time Missed : Idk if I'll be able to play from 20-23 aug


Ladies and Gentlemen, Boys and Girls, Welcome to the third edition of Tours Plaza Premiere!​

How can I take part in the Tournament?


To sign up in the tournament, reply to this thread with your PS name, time zone, your preferred tiers, and any significant time you can not play. Sign ups close on Friday, August 13th at 11:59PM GMT-4, with the draft occurring at Sunday, August 15th at 10:00am, GMT-4.

How will the Auction work?

- Each team has 110,000 points to spend on their draft of 8 players plus 3 subs minimum, with everybody on the team playing at least once. Each player starts at 3000 points in the auction, with playing managers fixed at 12,500 points.

Tiers (Click on the links to view the code so you can practice!) :


Our 8 rambunctious and lit teams will compete in a straight round robin tournament, and every team will get to play against every other team. At the end of the round robin, the top four teams will move on to our series semi-finals, where the #1 seed will take on the #4 seed, and #2 will take on the #3 seed, to determine our grand finalists. A win will be worth 2 points, a draw 1, and a loss 0.


Make contact with your opponents! Every season we have to make activity calls that displease one party member. To prevent this, post a VM on their Smogon wall to try to set a date for the battle. If you do this via any other medium, save logs and screenshots so that in the event of an activity call, you get it to go your way. Leave time zones, preferred time to play, and be specific. No activity calls will be made if neither team's players or managers post about it, so take initiative on that.


In the event that a game is not played and neither teams post for an activity call, it will be deemed a dead game, which means that the game will be taken as to not exist. This will also be the case if an activity post is made but neither players showed a satisfactory level of activity. Schedule properly to not let these occur!


What if there is a tie?

As this will only come into effect in playoffs, for the majority of the tournament, this will not matter and the result will be noted as a tie.

The winning team will receive these fabulous prizes :


I hope everyone enjoys this tournament! Feel free to use this thread to discuss TPP and ask any questions that you may have and please keep this thread on topic as possible. Any offensive, or irrelevant posts will be removed, let's try to keep things civil, peeps.

Make sure to check out Tours Plaza for some wacky tournaments and more TPP Discussion!

Updated now to include the official draft date, we hope to see you there!

replies to this important statement would be appreciated

PS Name: kythr
Timezone: -4
Preferred Tiers: i'd rather not play anything
Availability / Significant Time Missed: will be inactive and prob wont get games done 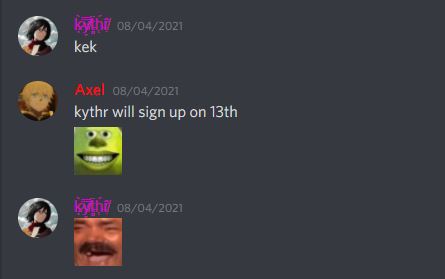 realised that I also need to post here if I wanna play as a manager, whoops