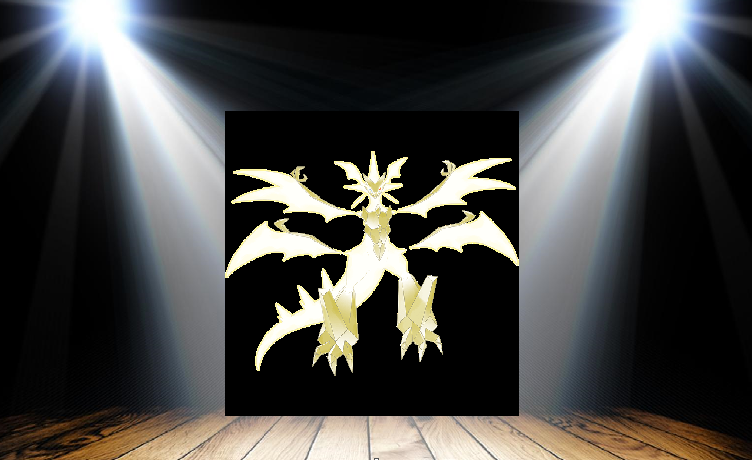 Ubers Player Spotlight - #11​
Ubers Player Spotlight is the place where I interview notable and respected players from Ubers, the tier where the fiercest monsters combat and exert apocalyptic force. People I choose to interview are the elite players who excel at taming the strongest monsters and have been consistent throughout tournaments and is well respected by the community.

I am open to suggestions (DMDW#8155) about the players that can be interviewed, but please keep in mind that suggested players are subjects to review by me and Ubers moderation team. With that out of the way...

Being a ladder hero, the King of Weebs, an overrated but lucky trainer and an UPL/SSD player. Building fire squads and having reached the finals of 2017 Summer Seasonal losers bracket as well.

My favorite Pokémon is without a doubt Mega Lucario, be it design wise or because of its power in game. Thus, I have used it a lot at the very beginning of my Ubers career.

Hi ! I’m Sharow or タニアン (my true surname if you are able to read it), a 23 years old french student living in Tokyo. I like tennis, Japanimation and cuisine (which is my job). I speak French, Italian and Japanese, but I’m known for being extremely bad in English.


What is your name's origin?

My true pseudo is « Sharow », but since it is disabled on both PS and Smogon, I decided to add a Japanese “-san”. I’m planning to ask the account as soon as I meet the requirements.

The pseudo itself comes from the main character of a novel I’m writing little by little.


We'd love to hear some background information about your interest into Pokemon.

I have loved Pokémon ever since R/S, which were my first games and a revolution at that time. I took a break until ORAS when I realized it was as cool a game as ever.


What have attracted you into Ubers?

Actually I did not like Overused much, so I jumped into Ubers without any special reason.


What is your favorite playstyle? What generation do you like the most?

Sticky weebs ! No seriously my favorite playstyle is offense in general, but I like to build « cheesy » teams for fun. Since I have started to play competitive Pokémon only one year ago, I only truly know SM/USM Ubers.

Saw this coming from 10 miles away


How do you feel about the Gothitelle & Gothorita suspect?

Quite mixed, I was against Gothitelle’s ban, because it is a match-up reliant Pokémon which makes the metagame more offensively-inclined (which fits my playstyle).

It is a subjective, even selfish opinion. Seven friends and I tried the Suspect quite hard (with the team showcase below) to get reqs and vote against the ban, sorry for that.


Are there any elements of the metagame that you deem unhealthy?

Ubers is Ubers, a tier in which there are Pokémon and moves a bit too strong which in my opinion restrict teambuilding. Geomancy for example, which I find even more problematic to deal with than Gothitelle or Primal Groudon. The number of checks/counters to a +2 Xerneas could be counted on the fingers of one hand, and not all of them are very viable in general.


What is your the most memorable game of Ubers?

When my good bald friend KyogreF4N had an overwhelming victory against Hunterstorm for UPL.

My third game against Hunterstorm (you again, sorry bro) for this year’s Ubers Open, a close call with a crazy endgame.


How did UPL VI go for you with Choice Bandits?

I was surprised by The Trap God's message saying he wanted to buy me, but I immediately accepted and entered within a team with a great atmosphere and many STAG Mags members such as Garay oak, Hugo Barrington (pray for him), Mysterious M, Chop and squinn which are like a family for me. I got my chance to play and ended up 2-1 with good games (and losing to my bro iry).


What new or existing users or players in Ubers do you look up to?

Royal1604 and Eramoth, my two mates from the last UGTT are probably upcoming top players. Pokémon players are not everlasting (bar unemployed people or hardcore fans), and they will take over the Ubers scene when us veterans will have left for more important things – we all can’t live of Pokémon.


What are your advices for new players getting into Ubers?

Don’t be impressed by others, Pokemon is not a very hard game by itself, and does not allow us to pay taxes either (for most of us at least). Don’t be arrogant on a PEGI 7 and stay polite, putting your ego in this game is worth nothing – you won’t put it in your CV or speak of it while dating.


Congratulations on getting drafted for Snake Draft! How do you feel about an event as a whole?

It is a surprise for me, and furthermore I lost my first game. Otherwise it is just another tournament in which you should look for fun and good time. 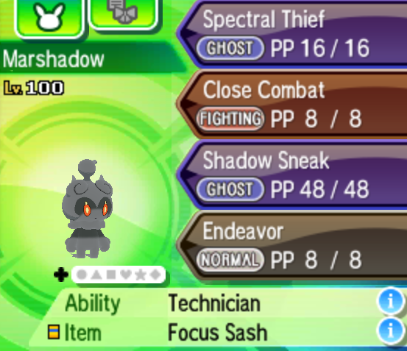 Sorry Cynara this one is for you. Many people think (and they are probably right) that I am retarded for using this, but this set allows me to win against absolutly all the set-up sweepers and to punish the following Pokemon with endeavor.

I have committed unforgivable crime against Ubers by not deleting this portion from interview.

Underrated set doesn't exist, everything is good if you have skill.


Would you provide us with a team and add a brief description?

The (in)famous French Sticky Web, the most used team during Gothitelle Suspect Test and by Royal1604 and RedEmption during the last seasonal. The aim is that you can win even without the Webs thanks to the huge pressure of the offensive Quaza-Dusk-Chinese Groudon core with anti-offense Pokémon such as Arceus-Fairy and Sash Marshadow to back it up. This team will win 80% of its match-ups and autolose to the remaining 20% ; probably of the most brainless Webs ever.

To finish this interview, I would like to say that Pokémon deserves a better visibility on the e-sport scene, which has not reached its full potential yet. And even if it is a quite childish game, it allowed me to meet people I became good friend with : Mimolette, Teclis, RedEmption, Carmin06, Wabane, KyogreF4N, Alkione, and BeTheShadow to quote those I speak the most with. That is perhaps where the real interest lies.

S/O Teclis for helping me to translate in english.

Thank you Sharow-san for spending the time to answer the questions! Feel free to ask other questions in this thread!​
Last edited: Aug 26, 2018

Nayrz and I are considering to end this project at about #15. If you wish to have a legacy left in this subforum with your own interview, PM me and I will address the request to Nayrz and I will try my best to make it work.

Sorry for posting this 36 hours late - I should stop sleeping at 3 AM.

Non-memes:
Who do you think deserved to be drafted in Snake draft and who should be in potentially SPL? Likewise with UPL - who do you see getting drafted this year that wasn't drafted, and do you plan on playing/managing?
What other metas are you interested in outside of Ubers?
Any mons you think are underrated as of now and have potential to do well in the meta soon? And the other way around - mons that are overrated and will fall out of favour soon?
What's your thought process with building?
Why is anime the filthiest thing in existence?

best of luck in snake!

best of luck in snake!

- What animes do you watch?
- Have you tried building Mega Diancie web team?
- What UPL team do you see yourself in next year?

BeTheShadow sharow gave you a shoutout, I initially forgot to include you in OP. My bad on that. There ya go, buddy. Enjoy yourself and stop annoying me.

Who do u fuckin hate in smogon ?

Exiline maybe. in ubers only.

What other metas are you interested in outside of Ubers?

What's your thought process with building?

Why is anime the filthiest thing in existence?

Yes, but the french sticky webs is better against random players.

What UPL team do you see yourself in next year?

Favorite thing to do at your job?

How did I do as UPL host?

Hey Sharow nice interview you're amongst the stars now ;)

Who's your favorite mon design-wise ?

do you still use eruption pdon often in your games?
anyone you afraid of facing in snake?

anyone you afraid of facing in snake ?

Just explain me why i destroyed KF in snake, but rng destroyed me.

Pokemon is just a retarded game, why playing for fun if nosense haxx happens.

Im still tilted by this game.

anyway whats ur opinion on mvenu?
also since its kinda a hot topic, who do u think is gonna win this ubers open? name a few favorites at least

Alkione, TTG or Hugoat are my favorites ( and i love grisaia ).