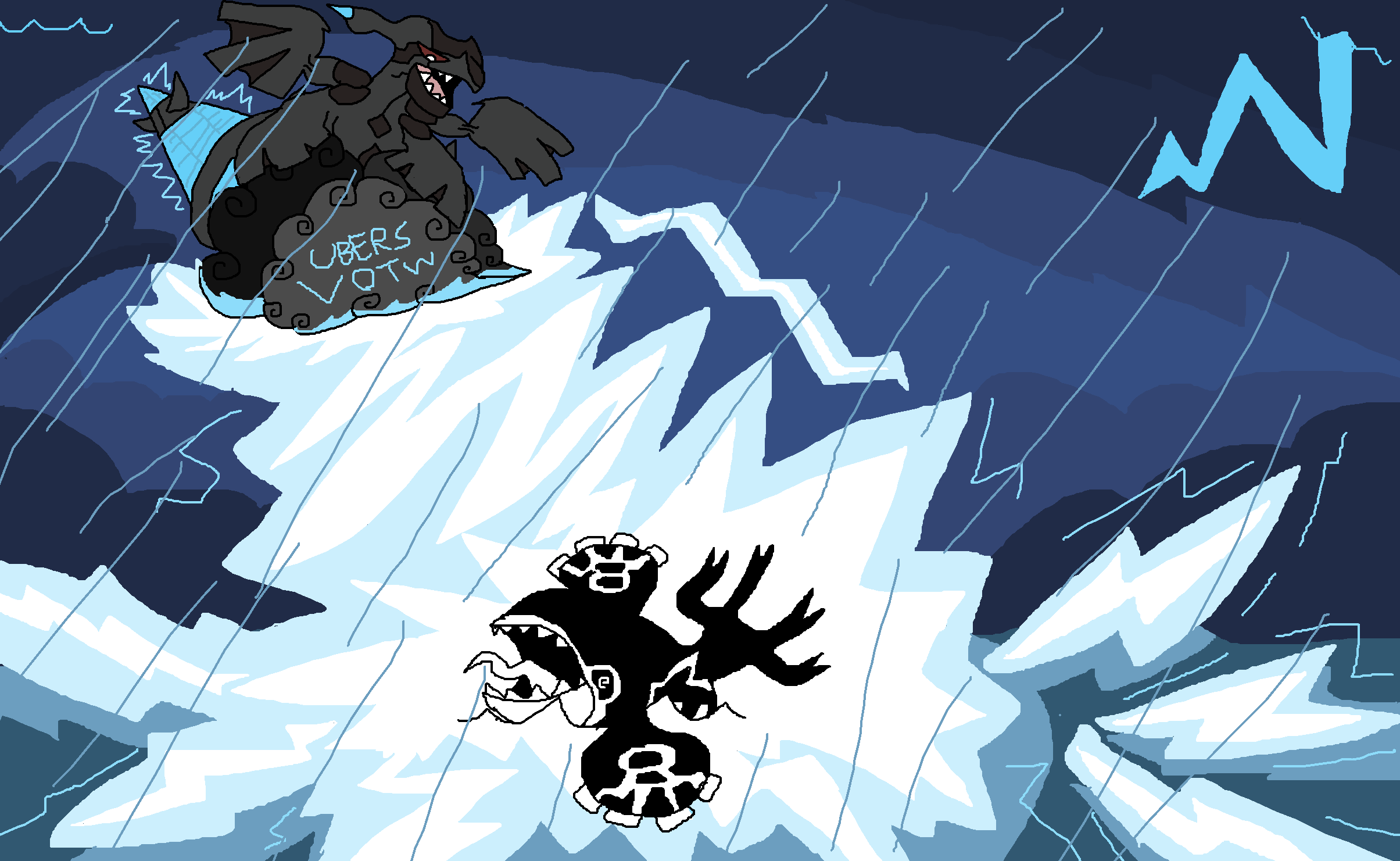 art by me, Fusion Flare ​
Approved by Icemaster, shamelessly stolen from snow
Welcome to the Ubers iteration of Victim of the Week. Hopefully this project will help gather information and spread knowledge of checks and counters to popular Pokemon in the tier.

How it works
Each week I will nominate a Pokemon as VotW. You guys will need to nominate a Pokemon to either check or counter the VotW (make sure to state which in post).
The submission phase will last 5 days and the voting phase will last 2 days each cycle.
The "Hall of Fame" will be a ladder system with the winner getting 3 points each week, 2nd place getting 2, and 3rd place getting 1. Plus your sets will be archived.

Rules
1. Follow the definitions for checks and counters in The Smog issue #32.
2. Please make sure to explain the set. Doesn't need to be long just make sure people know why its a check / counter. Preferably with calcs
3. Reservations only last 12 hours, don't john.
4. Different sets of the same Pokemon can be nominated.
5. Don't be toxic, if someone posts a 'bad' set help them out instead of flaming.
6. Make sure Pokemon is on the VR or a viable niche Bad sets are allowed, but I'll put them in the Unconventional Pick section if they are not ranked in the Ubers Viability Rankings.
7. Don't vote for yourself
Last edited: May 5, 2021

And now for our first suspect, a returner from the previous generation, but rocking an old school look, its Groudon!

sporting ferocious power and the ability to shred the standard NDM/Yveltal/Eternatus core, this pokemon is feared and respected by any Pokemon Trainer who knows what's good for them! How will you take on the master of the land, in this new iteration of Victim of The Week?

Defensive Lunala is a counter to offensive SD Groudon. It outspeeds unboosted Groudon and can easily Will-O-Wisp to take no damage from the slow attack, and if Groudon chooses to Rock Polish Lunala can just use a slow wisp and beat it 1v1 anyway by roosting back to Shadow Shield and hitting with Ice Beam whenever it gets free turns. Alternitavely, Ice Beam always 2HKO's Groudon so instead of risking Will-O-Wisp misses it can just Ice Beam to win the 1v1. Even if Groudon doesn't boost and attacks on the switch, Lunala can just Roost back up and let it chip itself down with Life Orb.

Tangrowth is a counter that eats +2 stone edge before tripping big red ugly back into the Cave of Origin.

Defensive Zygarde-Complete is a great check to Double Dance Groudon. Although it can get overwhelmed if it's not transformed and comes into a Swords Dance, Zygarde always wins the 1v1 if it gets a free switch or Groudon opts for any other move. In return, Zygarde can cripple Groudon using Glare, which already makes Groudon have a hard time sweeping even if Zygarde falls and is a move that's hard to switch into even for Groudon's teammates most of the time, or set up Coil alongside it, which not only lets it beat Groudon on the 1v1, but also makes it a threat of its own and potentially a win condition.

A more offensive offensive check to Double Dance Groudon is Yveltal with enough speed for Jolly base 90s at 308 (which Groudon could be reaching 306). The kicker for this set is running Foul Play to punish boosting attack. While defensive counters rely on hitting a Will-O-Wisp or Sleep Powder (and risk Lum Berry), Yveltal opts for reliable damage such that a late game breaker (Scarf Caly-S, Zekrom, Marshadow, etc.) can reliably clean. Always be wary using Yveltal to check Groudon if Yveltal is your own good switch-in to Calyrex-S.

It's not a hard counter, treat it as such.

is a standard defensive set with the ability to offensive prevent Groudon from clicking SD.

If it ever has to switch-in hard to Groudon:
It's important to note if you get Stone Edge'd on the switch, you should NOT always click Roost to outplay the second Stone Edge to stall Life Orb, as they could predict this and Rock Polish. Determine how much you need Yveltal and how well your other mons can play around it.

Buzzwole is one of the most underrated Groudon checks. Hes amazing and weird typing allow them to take boosted precipade blades and neutral damage from stealth rock. The main difference with other Groudon checks is the ability to set up and clean enemy teams thanks to Bulk up. Now as the mainly purpose of this im gonna use the heavy dutty boots cause offers a way more utility when you pivot in front of none boosted atacks.

Buzzwole is a Groudon Counter. As he can switch in to any atack and overpass any situation.

As you can see that is nothing to Buzzwole as he can recovery with roost, boost his own defense and atack with bulk up or even uses toxic to punish a switch.

Well now this is a really tough scenario from are big boy. But he can over pass this situation as he can roost all the damage that Groudon can made to stall out the LO damage.

This is still not enough to take down the big bug. Now at this point we need to mention the moves that you have, you can use any combination but mainly the best way to beat Groudon is over pass him with defensive boost. Example:

If Groudon try to beat Buzzwole with pure forces he put his own team in a really bad potition as the next turns he have to deal with a +4 physical wall. And Buzzwole not even need to predict, he can easily set up in front of Groudon:

You can use Bulk up the after Groudon atack with a boosted Stone Edge and even after that damage you avoid the KO the next turn and can recovery without problems.
You maybe think that this is a bad "counter" casue he can lose to crit stone edge but according to the Smogon definition. A check or counter does not take in count the hax.

This is a really long post but i think is necesary as i put the hole picture of the Groudon match up vs Buzzwole.
Last edited: Mar 22, 2021

Skarmory is a Check or Counter to Groudon depending on which slash you pick. With whirlwind it's an acceptable check to Groudon by basically putting it on hold for later and potentially stopping a hard sweep. The downside to whirlwind is that its much shakier as an answer as you don't get the luxury of always being able to recover it back after a whirlwind, which is why I generally find iron defense superior, despite it being better for Zygod. Iron defense is a true counter ignoring crits, as you can reliably take a +2 edge into a 2nd one at neutral and roost off to see another day, forcing Groudon into a losing position and getting life orb chip all the while, and this is assuming they hit every stone edge. Rocky Helmet can do well aswell but it's much shakier much like whirlwind is so leftovers reasonably is better for Groudon specifically.

For thread's sake I'll pick it as a counter as the nomination but it can be both. 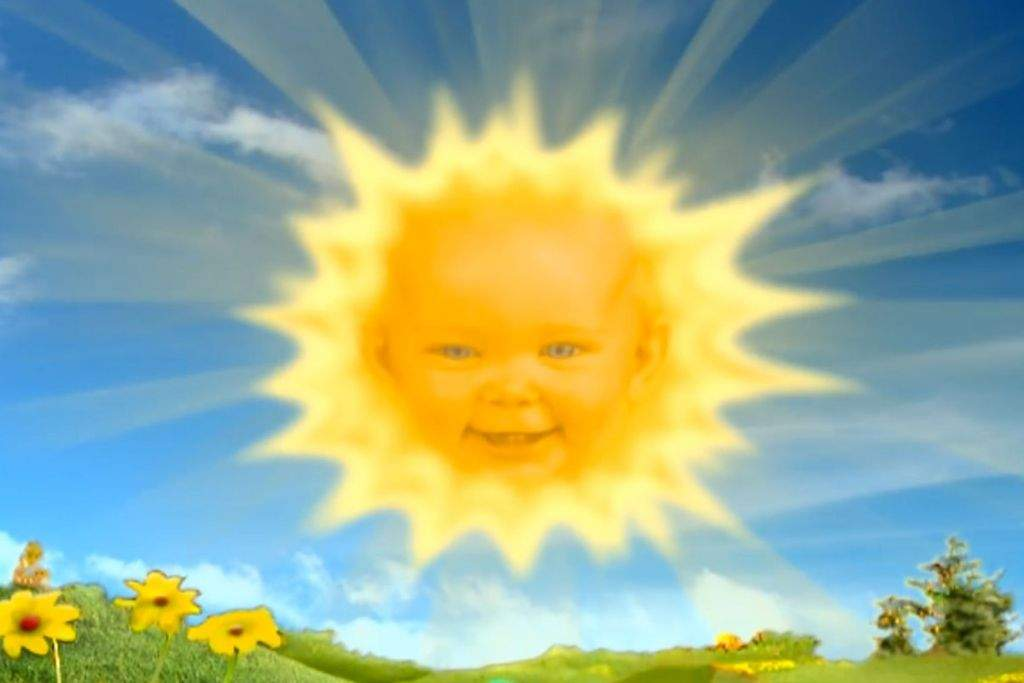 All the obvious or realistic picks have already been reserved / written, so. Standard Lugia set, probably one of the most sturdy checks that I would still consider "viable" or realistic to use on an actual team out of the list of Strong Groudon checks. Lugia is able to deter this variant of Groudon almost completely, along with being a solid physical wall. Toxic puts the Groudon on a timer, Whirlwind can phaze it out to prevent Swords Dance Groudon from overpowering it or even consider sweeping. Groudon is unable to OHKO this Lugia even with a Critical hit from Stone Edge if Multiscale is intact. ( +2 252+ Atk Life Orb Groudon Stone Edge vs. 252 HP / 160+ Def Multiscale Lugia on a critical hit: 331-391 (79.5 - 93.9%) -- guaranteed 2HKO after Leftovers recovery ).

Reflect > Ice Beam is also a option to consider on this Lugia set if your sole purpose is to deal with this Groudon, allowing it have greater defensive prowess against Groudon and allow it to heal with Roost much easier to full, and also help out teammates with reflect.

This Lugia consistently wins the 1v1 barring Hax and other witchcraft, through the use of Toxic residual, Ice Beams, Phasing before it can get enough setup and safely restoring its HP with Roost. Leftovers does indeed improve the matchup against this groudon Variant, however on any realistic team you are more likely to opt for boots to safely switch in if rocks are still present. Realistically you should pick FC's Lunala over this, however.
Last edited: Mar 22, 2021

And I was the MVP. You were all thinking it!

Surprised this wasn't taken. Tangrowth is a solid check as it eats up Blades, doesn't care about Stone Edge, and quickly kills it before it becomes an issue, although it can't switch into an SD without losing. Being able to Knock or neuter a potential switch-in with Sleep is also nice.

Edit: I cannot read and thus resind my submission. Meme set is still funny though.

this was already taken before, here :

Tangrowth is a counter that eats +2 stone edge before tripping big red ugly back into the Cave of Origin.

Giratina-Origin is a check because it can switch into and pressure double dance Groudon variants with Will-o-Wisp and Draco Meteor. However, it can be weakened through hazards or hard switching into a Stone Edge. Aside from checking Groudon, Giratina-O can steadily chip away at fatter teams with status + Hex and can also pressure Water, Steel, and Ground-types well.

Check: Basedwhat's yveltal
Counter: fc's lunala
UP: if I have to use one in ubers it would be Rillaboom