Tournament Ubers World Cup I - Finals! (Won by US South)

Moderator
Hosted by Staxi and MrAldo 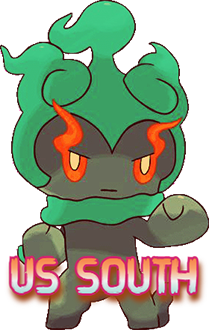 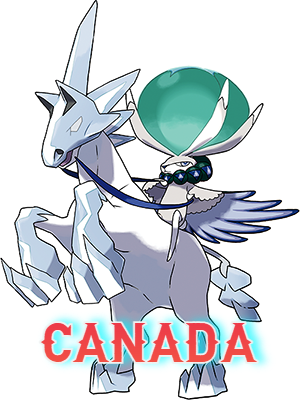 US South (4) vs (4) Canada
SS: The Strap vs Fc
SS: Stone_Cold vs suapah
SS: Lazy_bread27 vs Luna's Banned now
SM: TDK vs Goat Heart ♥
ORAS: Samqian vs Fardin
BW: Eo Ut Mortus vs EviGaro
DPP: august vs Bushtush
ADV: SuperEpicAmpharos vs Heysup
​
Deadline is on November 21st at 11:59 PM GMT -4. Good luck and may the best one win!!

Ty all that made this first edition pretty possible. Cheers!

SS: The Strap vs Fc - FC's unironically probably best player in the tier right now, and he's just made SmogTour playoffs too.
SS: Stone_Cold vs suapah - Dave will curse Canada if he loses, and will continue his massive hot streak if he wins.
SS: Lazy_bread27 vs Luna's Banned now - One of these two beat me, one did not. Transitive property surely exists in mons, right?
SM: TDK vs Goat Heart

- Could go either way, but I think GH has more experience in the meta, and will bring something that catches TDK off guard.
ORAS: Samqian vs Fardin - I've seen Fardin's ORAS teams, and I do not like them. He claims they are good, but you try to pilot them, you'll see what I mean.
BW: Eo Ut Mortus vs EviGaro - I've got loyalty to the foxes.
DPP: august vs Bushtush - This tier confuses me, so I'll go with the one who took part in BKC's invitational.
ADV: SuperEpicAmpharos vs Heysup - Heysup is very good, and while SEA has had a mad impact on the tier (or at least my perception of it), I think Heysup's experience and ability to throw together anything in ADV and make it work give him one hell of an advantage here.

Tiebreak uh... FC wins the SS game, Dave wins either DPP or SS, and the series is decided by whichever gen Canada picks as a tiebreak option, probably in favour of US South at a guess.

LETS GET IT SOUTH GANG

Moderator
SS: The Strap vs Fc - a lot will depend on how much their teammates can rein in the madness of these 2 players, and both these players can be hot and cold with their forms at any moment. strap got in some decent results near the end of scl where fc didn't have the best of times, but fc just qualified for smogon tour. going 3-2 and 4-1 respectively in pools, and both getting a win in the semis, there doesn't seem to be much separating the two right now. so i'll go with the strap because of having slightly more experience+fc being an asshole canadian refusing to get rocks up last round

SS: Stone_Cold vs suapah - somehow boomer dave is doing well in the zoomer gen?? 3-2 in pools with decent amount of bad luck and often coming back from behind shows dave is in great form. the semis win was lucky, and maybe all the good karma dave saved up in pools was already used up. but that's ok, dave wouldn't mind a game of neutral luck im sure. suapah subbed into oras in pools and went 2-1 vs people that i assume had as much experience as him. the semis win was a bit fortunate, the game being a back and forth gift so there's not much to gather from that. dave is simply the favorite here

SS: Lazy_bread27 vs Luna's Banned now - 3-2 in usm pools and an ss win vs the latest seasonal champion is good showing for plat. 2-3 in ss pools and a win in a haxy game in semis might not be a convincing performance from the upl winner billy, but he did get quite unlucky in pools so it's not as bad as the numbers say. this is quite a close one, and i'll go with plat for being able to stay more composed in a long game

- tdk went 3-3 in scl with strap nicknames and 0-1 in this tour, while gh was 3-2 in pools. gh is also likely to catch tdk off guard with some weird ho, so picking gh here

ORAS: Samqian vs Fardin - with some bad luck here and there, sam is having a terrible tour. 1-2 in pools and a loss in semis, and the only win being with a great matchup vs durians stall, maybe dave is ignoring his own lessons by playing sam in the finals. on the other hand, idk much about [oras] fardin, so sam has a good chance here to switch up from his predictable teams of 2017 and use his more oras-experienced ass to win vs fardin. a 2-3 ss fardin who skipped semis is also not suggestive of great form.

BW: Eo Ut Mortus vs EviGaro - eo is more experienced and is 6-0 in this tour. evi is less experienced, which has shown in some games, and is 3-3 this tour.

ADV: SuperEpicAmpharos vs Heysup - both innovators at their own risky, both getting luck and unlucky a lot, so this seems like a coinflip. so i used an actual coinflip and picked heysup

Moderator
Rooting for the Daves

SS: Stone_Cold vs suapah - I better not have been a sacrificial lamb for nothing.

Moderator
strap till i die

SS: The Strap vs Fc - Fc is inconsistent even though he's one of the best players in the tier at his peaks.
SS: Stone_Cold vs suapah - Dave has been on a tear lately and isn't showing any signs of slowing down.
SS: Lazy_bread27 vs Luna's Banned now - Some things are worse than death; losing to Billy is one of them.
SM: TDK vs Goat Heart

- 50/50
ORAS: Samqian vs Fardin - Standard HO fan vs dogshit stall lover... Fardin's ORAS teams are weird at best, but the way he maneuvers them gives him the edge unless he brings something that is 6-0ed by Darkrai.
BW: Eo Ut Mortus vs EviGaro - EviGaro is skilled at BW Ubers and will end Eo's streak.
DPP: august vs Bushtush - Even though Bushtush is currently 0-3 vs me in victory road, I still have hope.
ADV: SuperEpicAmpharos vs Heysup - SEA thinks Rayquaza is good lol. EDIT: I was recently informed Heysup also thinks Rayquaza is good, but I'll favor him anyway because he beat [ribbon collector] pohjis.
Last edited: Nov 15, 2021

I won in quite possibly one of the most easiest games I have ever played GG
https://replay.pokemonshowdown.com/smogtours-gen6ubers-593629
shoutout SparksBlade

Samqian said:
I won in quite possibly one of the most easiest games I have ever played GG
https://replay.pokemonshowdown.com/smogtours-gen6ubers-593629
shoutout SparksBlade
Click to expand...

that‘s the reason i use 127 happiness ditto almost all the time.

https://replay.pokemonshowdown.com/smogtours-gen8ubers-594241 The Strap has won gg

trusting eo in the finals...

Moderator
Well heck, we have a tiebreaker! Aint that exciting?! As a host one gotta love these crazy endings even tho it is more time to host, but it is a great feeling for when you host when people care for the competition!