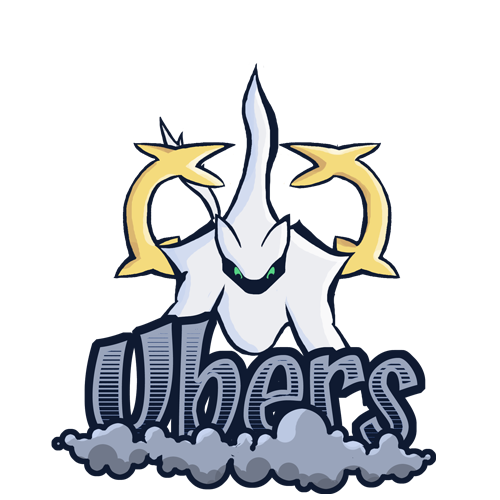 ​
Artwork by Juicy Fruit
OP by TonyFlygon
Stuff stolen from dream
​
Hello and welcome to the third edition of the Ubers Generations Team Tournament (or UGTT III for short)! With UPL now over, it's time for a new Ubers tour! This edition will also be co-hosted by Serial EKiller!

This tournament will be a 3-player team tour in which you'll have a slot for USM Ubers, a past-generational slot (ADV/DPP/BW/ORAS) which your team will pick from signups and the third slot being the one the opposing team has selected.

When signing up as a team, please specify your team name, your choice of past generation tier and which players will be slotted into each position. (at least for Round 1). If you are signing up as a free agent, be sure to specify what tiers you are interested in playing in order to facilitate the whole process.

Important! Note that we won't be making any teams myself out of the list of free agents, I expect you to do that among yourselves.

Tournament Rules
- General tournament rules and regulations can be found here
- Smogon-wide clauses and Baton Pass clause apply
- The format will be 'best of three', with each of the three players playing one game
- Single elimination; no winners or losers bracket
- Cartridge win conditions are in. There won't be ties.
- Make sure all of your players confirm in thread, if not tag them.
- Please save your replays! It's suggested you have your matches done on smogtours.
- No, we aren't freeing GSC Ubers.

Saving the replays of your tournament games is required. If your opponent is claiming you didn't beat them for the tournament or that the game never even happened, there isn't much I do about it without any evidence. Protect yourself and save the replay of your games and post them upon completion! Also, it'll be fun to watch some high-level past gens games since those aren't played too often anymore!

Timer Clause
As for taking long between moves, if your opponent asks you to hurry up, please oblige. If you are doing a damage calc for a key turn that is one thing, but prolonging every move is suspicious and annoying. Don't do it. Furthermore, Battle Timeout is a rule for a reason. If you run out of time, you lose, simple as that. It does not matter what your opponent says. Do not battle if you think you will have to leave mid battle, and instead reschedule for a better time. Timing out is still classified as a loss, unless the reason for timing out is a disconnection. If there is any suspicion that a disconnect was carried out deliberately to take advantage of this rule in any way, we reserve the right to exercise a harsh punishment.

Disconnections
If a player disconnects and either player contends that they could still win, the optimal solution is to recreate the exact situation the disconnection occurred at during the battle. If it is agreed between players that this is not feasible due to unreasonable battle length, highly improbable circumstances, or some other reason, the player who did not disconnect may choose to rematch with either the same teams or (the option to use) new teams. Timing out is still classified as a loss, unless the reason for timing out is a disconnection. If there is any suspicion that a disconnect was carried out deliberately to take advantage of this rule in any way, we reserve the right to exercise a harsh punishment. Do not do it.

We have no issues with players switching between metagames throughout the tournament. For example, if PalkiaLover plays ORAS Ubers in round 1 and his team advances to the second round then it's perfectly fine for PalkiaLover to play BW2 Ubers in round 2. One of the players playing two of the metagames in one round is not allowed. One of the metagames being played by two of the players in one round is also not allowed. If any of those things do end up happening your team will be disqualified immediately.

Adding to the above clause, you're free to switch around if in any case, you do not wish to play the opponents but your teammate can.

If it comes to both the sides having picked the same tiers, then there will no change and will continue as such.

Signups will be open till Sunday 11:59 PM GMT or until we have enough players for a smooth bracket. Good luck and may the most skilled team win!
Last edited: Jun 24, 2018

Can play any gen

In as a free agents. Tier of choice is SM but will play anything as needed

i dont think i ever agreed to this

cranes in the sky