Jumbotron!
Every week, you can pay $1 to send a message to the good good users of Smogon via a Jumbotron. The proceeds go to the prize pot.

This message is brought to you by user: Eo Ut Mortus 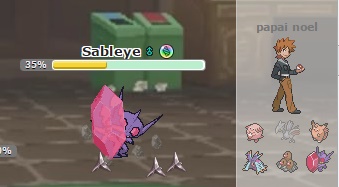 The long(?) awaited moment is here!

1. Posting replays is mandatory. For this round and all rounds. If you don't post them, I will disqualify you. If you lose them, I will make you replay the set. No exceptions.
2. Posting scheduled times is mandatory. The whole point of this tournament is to have some amazing old gen games for everyone to watch. Once you've scheduled, you must post the time. Please post it here: https://docs.google.com/spreadsheets/d/1amAY0nNyDkiNPHKZ2mKH-4op-zmXRwB7mL6dY95jR1A/edit?usp=sharing. If it changes due to unforeseen circumstances, that's ok -- just make sure to update it on the sheet.
3. Schedule early. The deadline for each round is one week (round 1 excepted). If you have trouble scheduling, I'll work with you as long as both parties are trying and you get to me early in the week.
4. Do not play your next match in the bracket until the round is posted. This tournament is seeded, which means you know your next opponent. Don't play them until the next round is up. It'll make the tournament unwieldy. Any matches played before the next round is up are null.

The deadline for Round 1 is Sunday, April 21st at 11:59PM EST. If there's any confusion about this, let me know.

Discord
This tournament has a Discord server! You can find all scheduled times there + replays. The Discord is the best place to keep up to date with the tournament -- I'm not going to organize the The link is here: https://discord.gg/fZrS9gd

My Discord handle is spader#1348

Advertising
If you have:
Let me know, and I'll advertise it for a small monetary exchange. All proceeds will go directly to increasing the prize pot of the tournament. These don't have to be expensive! If you want to drop 5 bucks to show off something you're doing to several hundred people + support the community while doing it, I'll paste your stuff in Twitch streams and tournament threads.

I'm also running a jumbotron every round! For $1, I'll put ANY* message you want at the top of the thread for next week's round. Again, every dollar will go to making the tournament more hype and supporting people giving you high level matches :)

R1
Now that that is out of the way, you can find the bracket and seeding here: https://challonge.com/oldgenbonanza. I seeded the first 74 entrants. The rest were people I've never heard of, so they were randomized.

Subs
Post in this thread if you want to be a sub, even if you posted in the sign up thread. Subs will be strictly first come first serve.
Last edited by a moderator: Apr 12, 2019

in as a substitute

U tagged the wrong blunder, so maybe he didnt notice, contacted btw