Hey Guys! Glad to see that you've found this RMT! I'd like to show you a Hyper Offense Smogon OU Team I've recently been battling with, The team revolves around Kyurem-Black assisting my 3 sweepers: Gyarados, Hawlucha and Magearna. By beating their standard counters.

I'll now showcase the team, alongside descriptions for each team member.

Kyurem-Black @ Life Orb
Ability: Teravolt
Shiny: Yes
EVs: 32 Atk / 224 SpA / 252 Spe
Naive Nature
- Ice Beam
- Fusion Bolt
- Earth Power
- Roost​
The Star of the team! Kyurem-Black is a very powerful wallbreaker. Armed with it's gargantuan base 170 Attack, BoltBeam coverage and solid bulk, KB is a force to be reckoned with! Capable of punching sizeable holes into many offensive teams. However, the main reason it's on the team is because of it's valuable ability to assist Gyarados by eliminating Tangrowth, Zapdos in Hawlucha's case, and Heatran through Earth Power for Magearna's. Roost is used over a fourth coverage move in order to migrate Hazard and Life Orb damage and to act as reliable recovery in general.

Landorus-Therian @ Focus Sash
Ability: Intimidate
EVs: 252 Atk / 4 SpD / 252 Spe
Jolly Nature
- Stealth Rock
- Earthquake
- Explosion
- Swords Dance
​
The Lead and the SR (Stealth Rock) Setter. Thanks to it's solid typing and superb Attack, Landorus-T is my lead of choice. Moves and Items are quite self-explanatory, Stealth Rock to punish switches, break sashes and to take advantage of the number of switches it forces. Earthquake is strong STAB with no drawbacks, doing respectable damage to most Pokemon which don't resist the move. Explosion is quite useful, Stopping slower hazard removers like Excadrill from using Rapid Spin, and providing a free switch-in for the team, Lastly Swords Dance is used in order to pressure Mega Diancie and Sableye, who can otherwise bounce Stealth Rock back. 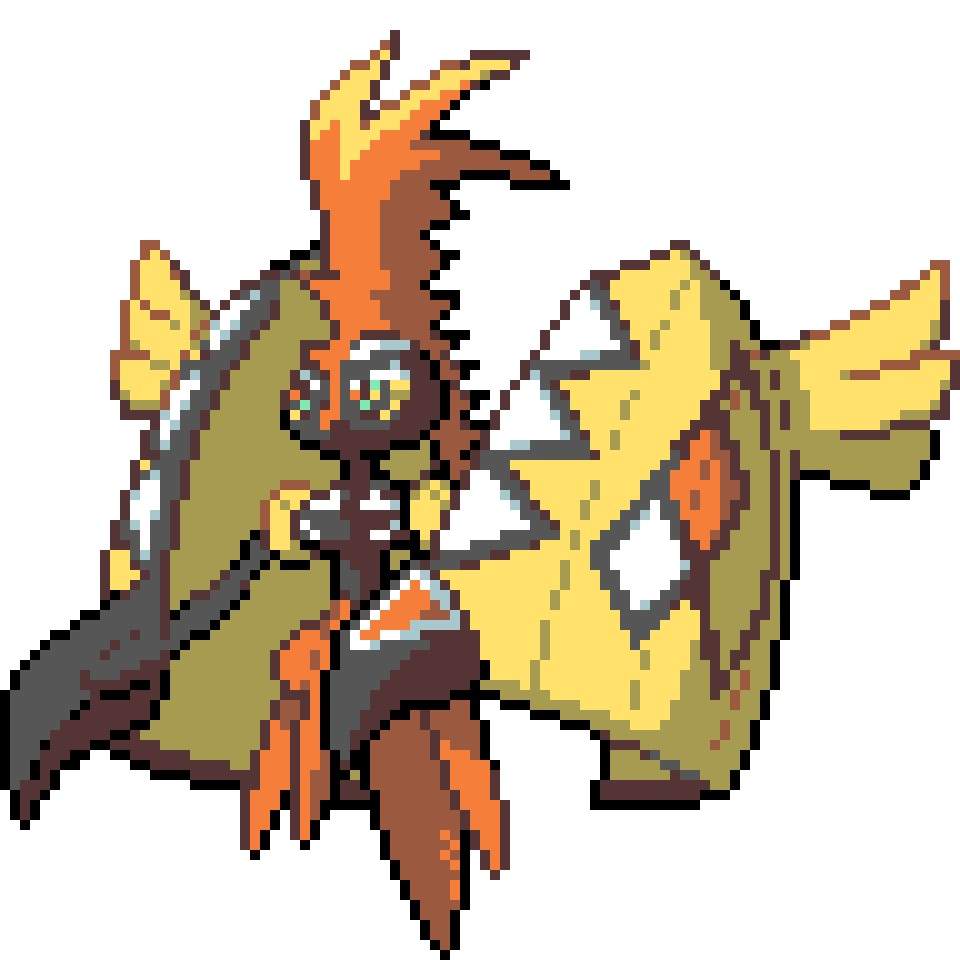 Tapu Koko @ Light Clay
Ability: Electric Surge
EVs: 248 HP / 8 SpA / 252 Spe
Timid Nature
IVs: 0 Atk
- Reflect
- Light Screen
- Taunt
- Volt Switch
​
Another supporter for the team, Dual Screens Koko uses both Reflect and Light Screen mainly to give the Sweepers more opportunities to setup as well as activating Hawlucha's Electric seed and amplifying the power of Kyurem's Fusion Bolt, Max speed EVs combined with a Timid Nature are used in order to outrun common Defoggers such as Tornadus-T and Gliscor, This alongside Taunt lets Tapu Koko temporarily disable these Pokemon as they're often quite passive, Lastly Volt Switch is used in the last slot as a decently powerful Electric-Type STAB move which grabs momentum, it also allows it to check Tornadus-T and 1v1 Celesteela and Toxapex.

Hawlucha @ Electric Seed
Ability: Unburden
EVs: 104 HP / 244 Atk / 88 SpD / 72 Spe
Adamant Nature
- Swords Dance
- High Jump Kick
- Acrobatics
- Roost
​
One of the three sweepers of the team, Hawlucha makes a very threating sweeper and late-game cleaner due to it's Solid offensive typing and great ability in Unburden. Acrobatics and High Jump Kick are both powerful STAB attacks with little to no drawbacks. Scoring easy OHKOs on offensive Pokemon such as Mega Swampert and Shift Gear Magearna at +2. Lastly, Roost turns Hawlucha into a more sustainable sweeper, allowing it to setup on defensive Pokemon such as Celesteela thanks to the Electric Seed Defense boost.

Gyarados-Mega @ Gyaradosite
Ability: Intimidate
EVs: 252 Atk / 4 Def / 252 Spe
Jolly Nature
- Dragon Dance
- Crunch
- Earthquake
- Substitute
​
The second sweeper and Mega of this HO team, Dragon Dance Mega Gyarados is actually a great offensive check to Ash-Greninja, being able to avoid the 2HKO from it's Specs-boosted Hydro Pump after Stealth Rock damage, Intimidate is also a solid ability, allowing it to Intimidate shuffle and to increase the amount of opportunities it gets to setup a DD. Crunch is crucial a STAB attack, 2HKOing even defensive Pokemon such as Celesteela and Mega Slowbro, Earthquake is a neat coverage attack, providing Gyarados a way to dent defensive Heatran and AV Magearna, easily OHKOing the former at +1 and a high chance against the latter after Stealth Rock. Lastly Substitute is used in the last slot to shield Gyarados from burns and paralysis, it also allows it to setup on passive Pokemon such as Toxapex.

Mega Gyarados putting in work:
https://replay.pokemonshowdown.com/gen7ou-886920363​
So there you go! Hope you enjoy my first RMT! :)

Moderator
Hey, this is a pretty neat idea. I’m glad you’re trying something creative with the standard dual screens. However, I think this can be made even better. Most of them will be small though.

The first thing I suggest is making your Hawlucha Substitute or Stone Edge over Roost. Due to the very offensive nature of this team and the fact it has screens, using Roost makes Hawlucha take longer to set up and isn’t really helpful. Substitute lets you abuse switches and block later intimidates while Stone Edge targets pesky Zapdos. It really depends on what you value.

Another thing I’d change is make Landorus-T Rock Tomb over Swords Dance. This lets you set Stealth rock before Tornadus can Defog and let the pokemon coming in after Lando abuse Tornadus even further. This applies especially to Kyurem-B.

The last change I’m gonna suggest is make Tapu Koko U-Turn over Volt Switch. Just so you can always safely pivot in every situation; the damage isn’t important.