Welcome to the USM LC Set Viability Rankings! As a community, this project aims to rank the individual sets of each relevant LC Pokemon based on their current viability. Feel free to contribute by sharing and discussing opinions on the ranks; these posts will be considered when updating the thread. When nominating a set for a rank change, please provide valid reasoning and explanation, and aim to avoid unproductive discussion.​

Pawniard
Eviolite | A+
Choice Scarf | A
Life Orb | A

Snubbull
Berry Juice | A-
Substitute | A-
Eviolite | B+

Rufflet
Bulk Up | B+
Choice Scarf | B

Frillish
Choice Scarf | B
Defensive | B-

Munchlax
Recycle | B
RestTalk | B-

Omanyte
Shell Smash | B
Spikestacker | B-

Tirtouga
Solid Rock Smash | B
Defensive | B
Sturdy Smash | B-

Diglett
Eviolite | A-
Focus Sash | A-

Went through S-A, quoted everything I definitely can't agree with.

Diglett: Calling Evio and Sash A- is a massive insult to quite literally everything in A-. Somewhere in B ranks maybe.
Mienfoo: Bandfoo being above C is a meme and whoever informed you it was not was lying to you.
Abra: tf is a scarf abra (doing above C+)?
Staryu: Staryu has several A+ sets which combined make it an S- mon, not a mon with an S- set and two A+ sets imo. I'd put them all at A+ accordingly.

Gastly: Fairium is not legitimately good, and is only maybe as good as Scarf. It should be in the same rank - A-. Meanwhile I'm no expert on Electrium and Ghostium, I freely admit, but them being as high as B+ is suspect.
Snivy: Scarf Snivy is B+ in the current meta, although it's borderline perhaps.
Chinchou: Bulky Pivot (aka non-scarf) is not an A- set it is a B+ set. Similarly, Fast Pivot is a rank lower as well, at B. Z-Rain Dance is an unset and should be C+ or lower.

I'll do lower ranks later probably, but from looking at the top ranks it seems like there's an issue with decent-at-best sets being ranked closer to the Pokemon's VR rank than it rightfully deserves. Just because a Pokemon is at a high rank doesn't mean they can't have low ranked sets (A rank mons can certainly have C rank sets exist).

best staryu set is 4 attack evio and it's S++

Torchic is now banned, why is it here?
(Wow it happened a lot of time ago)

Eliwi said:
Torchic is now banned, why is it here?
(Wow it happened a lot of time ago)
Click to expand...

https://www.smogon.com/forums/threads/torchic-has-been-freed.3647800/
That said, this is rather outdated of course.

Merritt said:
https://www.smogon.com/forums/threads/torchic-has-been-freed.3647800/
That said, this is rather outdated of course.
Click to expand...

Thanks, I didn't know (last Sunday lol)
EDIT: this is not updated in the web, that's why I said it (you can see Torchic in banned pokemons) 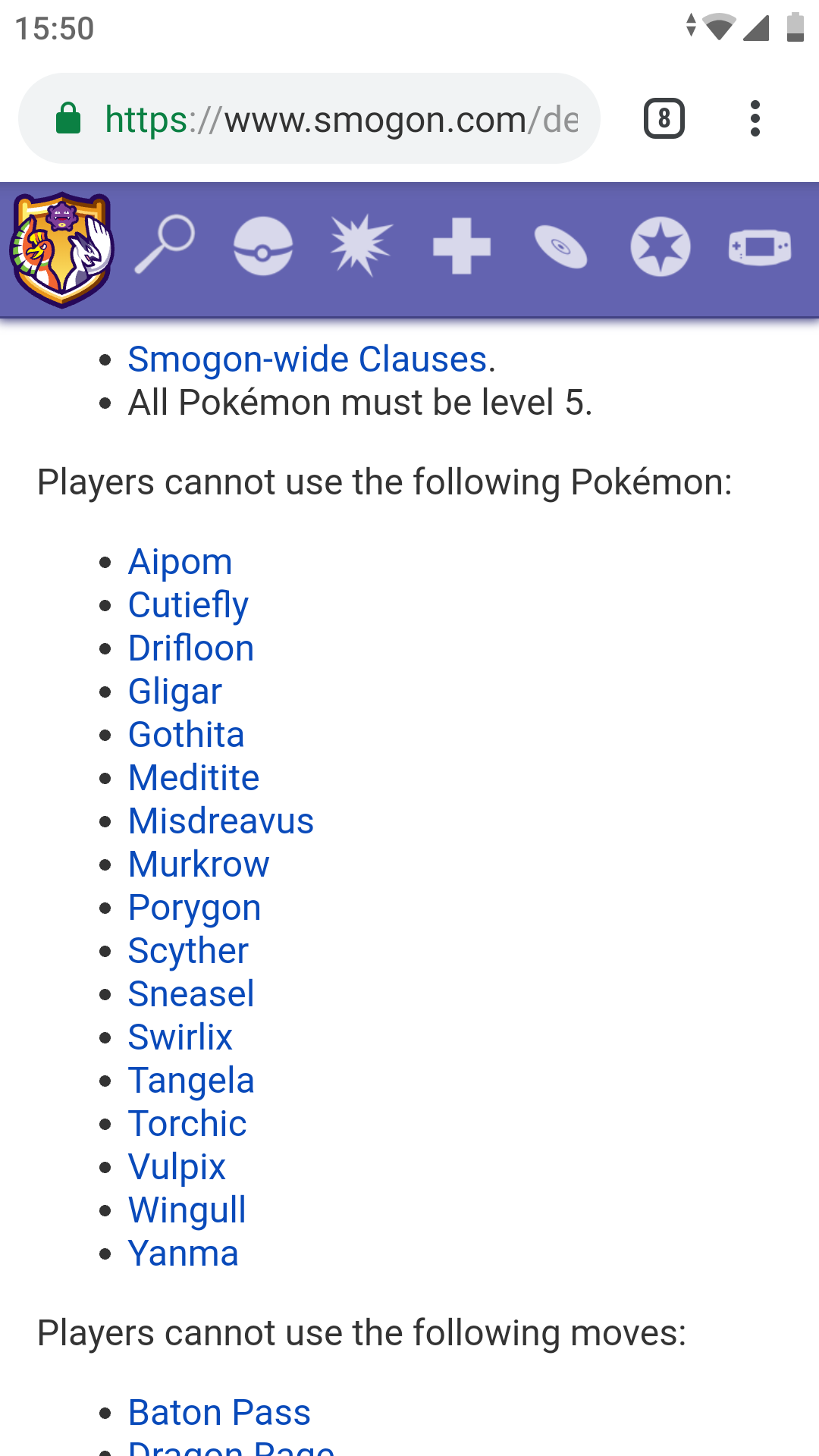