We can start with a light 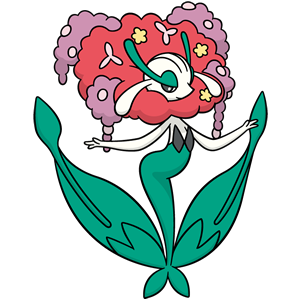 "What if Beedrill got Gunk Shot?"
​
Have you ever wondered what would happen if Hydreigon got Defog? Or if Mega-Beedrill got Gunk Shot? Welcome to the UUber Moves tour, where we take a look at what a metagame would look like if exactly that happened. This will be a Bo1 Tournament played in the ORAS UnderUsed format, with one small twist - every single Pokémon in UU was given one extra "broken" move. How will this change the game? This tour is not meant to be serious, and is meant to just have fun, so enjoy yourselves!

How were the moves chosen?
Hogg and I have gone through the VR and given every single Pokémon one move that will make them much better. We tried to put some sort of reason into each selection, so that most of the moves given would make some sort of sense (and we failed horribly in some cases). Our goal was to make things interesting and maybe just a little broken, without ending up with anything completely overwhelming - for example, some moves (such as Boomburst on Porygon-Z/Meloetta or Brave Bird on Gyarados/Salamence/Aerodactyl) proved to be way TOO good, even in this crazy format.
Click to expand...

does this still work

As if that wasn't obvious since I helped with the testing and provided the name, in

EDIT: Can I please get my Quiver Dance Flygon in here.

Men say I taste like sugar but ain't shit sweet

I can't believe you gave Kyurem Icicle Crash over Freeze-Dry. Or that you spelled "Autotomize" as "automotize."

Hell, who are we kidding? This is gonna be an offensive shitshow the likes that would have STABmons Aero going "You guys are fucking insane for playing this."