Nominating CM Clefairy as a defensive counter.
Calm Mind Clefairy is able to take advantage of Articuno and use it as setup fodder. Calm Mind Clefairy, unlike Calm Mind Alcremie, can consistently check Articuno throughout a battle. Thanks to Magic Guard, Clefairy can absorb Toxic for its team and potentially even protect it from a stray freeze. That small interaction aside, even though Alcremie could run Aromatherapy or Rest, it is at more of the PP mercy of Articuno. Clefairy's ability to maintain momentum with Stealth Rock and Knock Off can be more valuable to some teams that are looking for a more synergistic partner.
Clefairy is not 2HKO'd by any of Articuno's moves, and though it does not threaten to OHKO or even 2HKO back, +6 Moonblast is biased to 2HKO for your 1v1 endgames. Less can be said about other defensive measures against Articuno, such as Miltank, as many are vulnerable to Toxic while Articuno's Pressure + Heal Bell is guaranteed to outstall the PP on Toxic.
Here, having Mystical Fire with Moonblast helps to run Articuno out of Roost PP and makes it less threatening versus the rest of Clefairy's team in longer games. +6 Mystical Fire is also a much more likely 2HKO on Articuno than Moonblast. However, Knock Off or Stealth Rock can help Clefairy's team obtain more chip damage if your Articuno matchup is managed by other members.

Even though Solrock is an odd choice for a physically defensive 'mon, it has something Rhydon doesn't-recovery and Will-O-Wisp. This makes Solrock a nice bulky 'mon that can last longer than Rhydon can and also help out its teammates with tanking hits with Will-O. Stealth Rock is obviously for chipping down your opponents. Rock Slide is for STAB, and Stone Edge is for if you want power.

Even though Solrock is an odd choice for a physically defensive 'mon, it has something Rhydon doesn't-recovery and Will-O-Wisp. This makes Solrock a nice bulky 'mon that can last longer than Rhydon can and also help out its teammates with tanking hits with Will-O. Stealth Rock is obviously for chipping down your opponents. Rock Slide is for STAB, and Stone Edge is for if you want power.

Hey! Thank you for posting and taking the time to implement calcs for offensive/defensive sets. Unfortunately, Solrock isn’t ranked on the viability rankings now, which means it won’t be put on the voting slate. You could still edit this post and implement a Pokemon on the VR that hasn’t been used yet, and your vote will then be counted!
Last edited: Mar 31, 2022

Stealth Rock for over game chip, or Toxic for walls. Stone Edge for flying 'mons, or Sucker Punch for Speed Control. And EQ + Iron Head for STAB. Iron Head 2HKOs, and Stone Edge OHKOs. And you eat up all of Articuno's attacks.

we only received one true check to articuno, so i've added all of the submissions into one voting slate.

ngl i completely forgot to do my submission

also my votes go to klinklang and duggy

​
looks like yours truly has just eked out the win with sub shift gear klinklang, but Corthius's banded lycanroc and Marsheaux's double hazard spdef coalossal were just one vote behind! thank you to everyone for participating! next up on the chopping block we have the talk of the town, the belle of the ball...

Jynx (F) @ Heavy-Duty Boots
Ability: Dry Skin
EVs: 4 Def / 252 SpA / 252 Spe
Timid Nature
IVs: 0 Atk
- Substitute / Lovely Kiss
- Ice Beam / Psychic
- Focus Blast
- Nasty Plot / Psychic​
jynx has been on the up-and-up recently in the zu tier, with many boasting about her offensive capabilities for weeks and even months. the recent shifts saw multiple answers move up to pu, as well as its biggest competitor for the role of ice-type set-up mon, making way for jynx to beat down opposing teams that much more easily. jynx makes use of both specs and scarf, but 5Dots and i were most interested in subplot, which allows jynx to take advantage of the many switches it forces on common mons like tangela, altaria, and rhydon. however, you can also opt for lovely kiss over substitute, using jynx's high speed tier to put foes asleep to aid in wallbreaker or sweeping. you can choose which stab move you run--ice beam or psychic--but you should always have focus blast to nail steels and darks alike. finally, sub or kiss 3 attacks is totally viable, making use of your perfect coverage at the cost of not boosting up.

submissions will be accepted until friday april 8th at 11:59 pm gmt -5. good luck, everyone!

reserving froslass (this time ill do it) 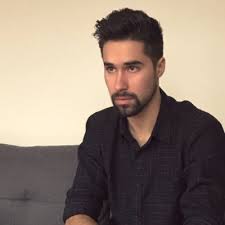 Froslass can occasionally serve as a counter to Jynx if the opposing Jynx doesn't have Psychic STAB, but it is primarily an offensive check. While it can't afford to take a +2 Psychic or Psyshock, it can revenge kill Jynx and take little from Ice Beam and Focus Blast.

Rapidash is a solid offensive check as it comfortably takes any one hit, outspeeds and easily ohko's. It can lose with bad sleep luck however, which is why it isn't a counter.

Type: Null @ Eviolite
Ability: Battle Armor
EVs: 248 HP / 8 Def / 252 SpD
IVs: 0 Spe
Sassy Nature
- U-turn
- Toxic
- Rest
- Sleep Talk
Type: Null is unique as a Jynx counter - it can stomach even a +2 Focus Blast and can pivot out relatively freely against it with U-turn, enabling it to pivot to a revenge killer like Choice Scarf Manectric or a priority user like Gurdurr or Gourgeist-Small. Although U-turn doesn’t OHKO Jynx, it still deals massive damage and gives teammates the opportunity to pivot in safely. Even if Jynx puts it to sleep with Lovely Kiss, it’s no means a safe bet - Type Null has good chances to still pivot with U-turn or cripple it with Toxic with Sleep Talk, something other specially defensive Pokemon like Articuno can’t claim.

can i take wishiwashi