gotta give it up to gurdurr and gourgeist my gs

CHECKS​
COUNTERS​
looks like Marsheaux and i tied for the checks with our fighting-types, and Corthius edged out as the winner for the counters with sableye, but it was a close one! congrats to all of our winners, and thanks again to all of our participants! next up we have...

Moderator
Jynx because it's busted af

Bulky CM Gapidash is a counter to Altaria. Because of Gapidash taking little damage to Altaria's attacks, alongside its immunity to Toxic, Altaria becomes setup fodder to bulky CM Gapidash. Same goes for SD Rapidash, which I was gonna do, but bulky CM Gapidash's bulk (and zero physical attack investment) lets it counter Altaria harder.

Big scary wolf lives any hit, outspeeds and easily ohko's making it a counter. It quite literally never misses and usally makes progress when it gets on the field. Only Earthquake and Toxic even remotely threaten Lycanroc so switchins are relatively free.

This sweet eats up all hits physical or special from the big blue birb, and then can choose to use it as set-up fodder, 2HKO it with D Gleam, or Aromatherapy off the toxic (if you're that set). And all of Altaria's moves, at worst, either 5HKO or 6HKO, so it's a counter.

Piloswine @ Eviolite
Ability: Thick Fat
EVs: 252 HP / 252 Atk / 4 SpD
Adamant Nature
- Stealth Rock
- Earthquake
- Icicle Crash
- Ice Shard
​
Piloswine is a counter to Altaria - Icicle Crash always gets the OHKO, in effect forcing the opponent to switch and live with Stealth Rock or risk losing Altaria, while Piloswine's combination of Thick Fat and natural bulk means that Altaria's attacks do little to it. Roosting to negate some of Icicle Crash's power is counter-productive for Altaria and just allows Piloswine to finish it off with Ice Shard anyway.

Rhydon @ Eviolite
Ability: Lightning Rod
EVs: 252 Atk / 4 SpD / 252 Spe
Jolly Nature
- Swords Dance
- Earthquake
- Stone Edge
- Rock Polish
Nothing out of the ordinary - Rhydon does what it does best as a great Altaria COUNTER. Rather than using the standard mixed tank set, Rhydon opts for a Double Dance set and aims to use Altaria as setup fodder. The standard mixed defensive tank still is better and more common, but Rhydon can go for more sweeping potential with this set.

lunatone is able to stomach any of altaria's attacks with ease. both flamethrower and hurricane are resisted by lunatone's rock-type and the former isnt stab for altaria, and levitate obviously means you dont have to worry about earthquake not that anyone runs it. you can forego rocks and use altaria as set-up fodder because of this, turning lunatone into a deadly rock polish sweeper with meteor beam, boosting its strong base 95 spatk and steamrolling through teams. no matter which route you opt for, you threaten the 2hko with power gem, or the ohko with +1 meteor beam, regardless of if you run timid or modest. you do, however, need to watch out for toxic cutting your sweep short; despite this, lunatone is still an offensive counter to altaria.

Now I can finally pair with hippopotas and worse Kangaskhan Stoutland

me when no checks dang
galardash and lunatone

The results are in, and congratulations to waterbend and hiss for winning Week 12 with Lunatone and GalarDash, respectively! Thank you to everyone who took time to calculate and submit their counters:​
This week, it’s going to be cloudy with a chance of defog in the forecast. It has roosted as one of ZU’s premier defoggers. It’s a cornerstone in bulkier and balance builds. It’s none other than…Articuno!

Articuno @ Heavy-Duty Boots
Ability: Pressure
EVs: 248 HP / 236 SpD / 24 Spe
Careful Nature
- Roost
- Defog
- Freeze-Dry / Brave Bird
- Toxic / U-turn / Heal Bell
Articuno’s gigantic special bulk, vast utility movepool, and Pressure makes it an important aspect on defensive and stall teams alike. It can shrug off most special attacks with ease, and has the moves to tailor to whatever a team needs. How will you deal with the Cruel Pokemon? Deadline to submit is Friday on April 1st, 11:59 PM GMT-4!​

Klinklang @ Leftovers
Ability: Clear Body
EVs: 236 HP / 116 Atk / 156 Spe
or 108 HP / 244 Atk / 156 Spe
Adamant Nature
- Substitute
- Gear Grind
- Wild Charge
- Shift Gear​
klinklang is an easy offensive counter to articuno. you resist both its stabs and are immune to toxic; the most it can do to you is uturn out or hope a freeze on your switch in haze isnt a thing so hush. the first spread maximizes its hp and hits a lefties number, with the speed for outpacing scarf base 95s after youve gone for shift gear; the second maximizes attack while still hitting a lefties number. gear grind is a 2hko with either spread, but you can also use cuno as set-up fodder 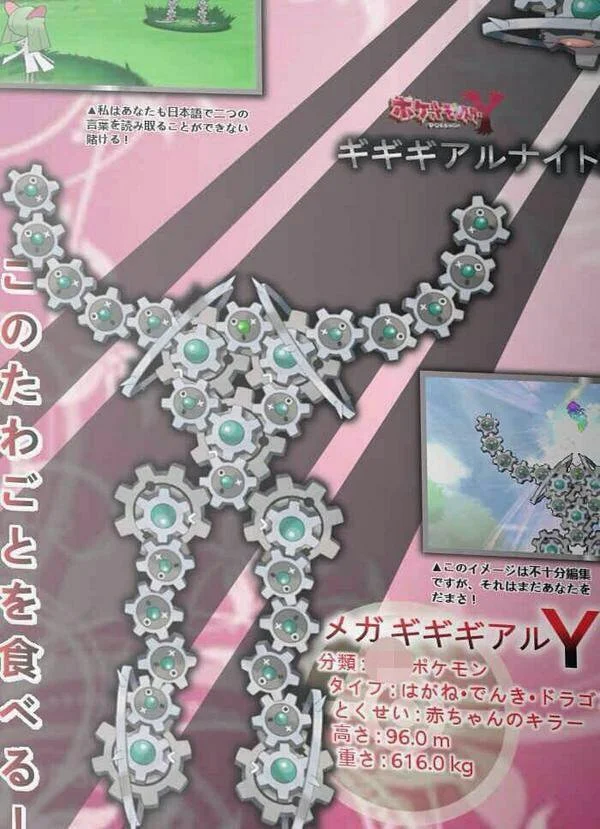 Sawk @ Black Belt
Ability: Mold Breaker
EVs: 252 Atk / 4 SpD / 252 Spe
Jolly Nature
- Close Combat
- Knock Off
- Stone Edge
- Earthquake
Black Belt Sawk is a great offensive CHECK to standard Articuno thanks to Sawk being faster and Stone Edge easily OHKOing Articuno. Unlike Choice Scarf or Choice Band, Black Belt Sawk can switch between moves should it incorrectly predict with Earthquake. At the very least, Sawk can cripple Articuno with Knock Off on the switch and not have to worry about bluffing its item. However, Sawk can’t switch in safely since Brave Bird OHKOes it and hates being poisoned by Toxic.

attacks do not touch it,outspeeds and sets rocks in its face,reliable recovery,can toxic/consistent damage with toss. toxicuno can be annoying but you can get heal bell too so i think COUNTER
Last edited: Mar 29, 2022

Lycanroc-Midnight @ Choice Band
Ability: No Guard
EVs: 252 Atk / 4 SpD / 252 Spe
Adamant Nature
- Stone Edge
- Close Combat
- Play Rough
- Sucker Punch
Check
While Lycanroc-Midnight can take on every attack Articuno throws at it, it lacks the longevity to withstand Freeze-Dry and even Brave Bird damage over the course of a game. It does win the 1v1 in a vacuum tho.
Last edited: Mar 29, 2022