Project Victim Of The Week

Thanks to Taptricity and faded love for the running the first iteration of this project. Approved by Sage . Amazing art by LifeisDANK ! 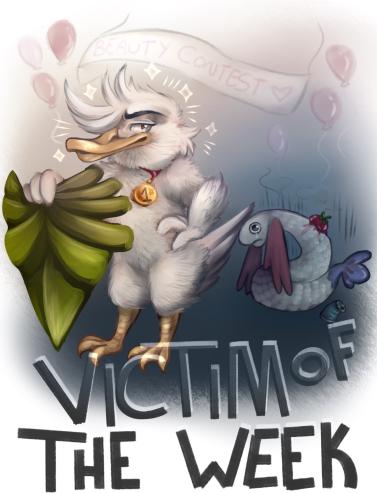 ​
Much like any other metagame, UnderUsed is constantly evolving with new threats rising while others go on a steep decline. New variables are always set in place as each tier shift goes by and UnderUsed adapts with it. With Sword and Shield, the DLC packs will throw a wrench into the metagame and shake things up as well. However, even the Pokemon that are on the top have answers that exploit their flaws, and this thread is dedicated to discovering all of them. Each week, I will post a set of a Pokemon and you participants will have a few days to submit a check or a counter. After all submissions are done, the voting phase will begin and voters will pick what they find to be the best check and counter to the set. But of course like any other project, we have to lay down some ground rules.

The Inaugural Victim is:

With an excellent Fairy / Poison typing and Levitate, Weezing-G has only two weaknesses, leaving it able to check a variety of threatening breakers like Sir-Fetch’d and Doublade while still having utility moves and semi-reliable recovery in Pain Split. How will you defeat such a defensive preeminence?

Choice Specs Espeon is a hard check to Weezing, being able to bounce its Toxic Spikes, as well as take it out in a single hit, while being able to switch into Weezing's strange steam twice, and potentially cripple its common teammate Umbreon with Trick to prevent it constnatly healing Weezing.

Sigilyph is a counter since it forces G-Weezing to switch out everytime it comes in and it doesnt mind Toxic from G-Weezing at all due to its ability Magic Guard. Furthermore it can use Roost to recover from the damage it took via Fire Blast / Strange Steam and can come in many times into G-Weezing. To add onto that when G-Weezing has T-Spikes up, Sigi can just Defog them away and Psychic is a clear OHKO.
With all these abilities combined, Sigilyph is a counter to G-Weezing. 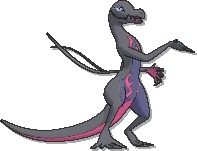 Salazzle is a counter to Weezing-G due to its quad resistance to strange steam and reisstance to Fire Blast, ability to rid the field of Tspikes, poison it, and wear it down. Oh, and it's immune to Toxic itself.

Heatproof Bronzong is a counter to Weezing-G. It resists Strange Stream, is immune to Toxic and easily tanks Fire Blast. Thanks to the SpA investment Psychic 2HKO`s even after a Painsplit (It also helps you to 2HKO a 252 HP / 0 SpD Roserade after Blacksludge recovery). Heatproof might seem specific but it really isn`t since Bronzong also becomes a Noivern check with it.
Last edited: Feb 29, 2020

Specs Chandelure is a counter to Galarian Weezing. Thanks to its immunity to Fire Blast and its Fairy resistance, it's quite easy to switch in on Weezing and return fire with a Fire Blast or Overheat that's guaranteed to OHKO or force heavy damage on a switchin. While it's vulnerable to Toxic, the sheer amount of damage Chandelure can put out in a few turns makes this less crippling than it may otherwise be and it can still switch in on Weezing multiple times.

Bit over a day left for submissions. Shifts apply so feel free to submit some of the new toys!
Also are free to post both a check and counter this week (go ahead edit earlier posts)!

Specially Defensive Pivot Xatu is a counter to defensive Galarian Weezing. It is capable of coming in on any of its moves, even bouncing back Toxic Spikes, multiple times thanks to its bulk investment and Roost. The Speed and Defense investment are to better handle Adamant and Jolly Sirfetch'd, respectively. Xatu can then either generate easy momentum with Teleport, paralyze a switch-in with Thunder Wave, or just slap the weez with Psychic. Pretty self-explanatory, it's just Espeon with recovery and Teleport.


I would like to credit LifeisDANK for using her awesome art skills on the new banner! Smogon artists are one of the most valuable yet underappreciated communities on the site, so if you can, give one you know some love whenever they post smth new or you see something you like.

Offensive Galar Weezing by A Cake Wearing A Hat

Offensive Galar Weezing by A Cake Wearing A Hat

Specially Defensive Pivot Xatu by A Cake Wearing A Hat
Click to expand...

...and with that, Weezing-G and Salazzle take home the inaugural victory! Congratulations to A Cake Wearing A Hat and Datsplashtho !

Our next victim is Incineroar!

A new addition to the tier, Incineroar has quickly solidified a place among the tier’s top threats. Access to solid bulk, Intimidate, Heavy Duty Boots, and solid utility options like Will o Wisp and Knock Off let it check a plethora of common attackers like Chandelure and Centiskorch whilst being also able to gain momentum off forced switches with Parting Shot. How will you grapple with such a intimidating force?

Vaporeon is a counter to Incineroar since it can come in on its Flare Blitzes and easily tanks the hits. Vaporeon also does not need to worry about getting worn down so quickly as it can profit from wish + protect - the latter of these can be used to scout, what move Incineroar might go for.
Vaporeon can also use heal bell to cure Will-O-Wisp burns for itself and its teammates, which is good in the long term of the game.
Scald also dishes out good damage at Incineroar. The only thing Incineroar can go for is knocking off Vaporeons Leftovers.
But all these above pointed out advantages makes Vaporeon a good counter to Incineroar with many weapons in its arsenal to help not only itself out but also its teammates.

Machamp @ Flame Orb
Adamant Nature
Ability: Guts
EVs: 252 Atk / 252 Spe / 4 SpD
- Knock Off
- Close Combat
- Heavy Slam
- Bullet Punch
Machamp is a Check to Incineroar, as is able to outspeed, an also able to OHKO with a Guts Boosted CC even after intimidate, also it can absorb WoW on a Switch without problem, also forces Incineroar to switch on something else with ease. However lacks on a reliable recovery, and doesn't like to switch in on a Flare Blitz, or recieve a Knock Off before get the Flame Orb effect, also Incineroar can spam Patring Shot on a switch and make Machamp get extra chip damage (burn damage, hazards, sand, etc).

I feel like a genius for replacing this move
Last edited: Mar 11, 2020

Milotic is a counter to Incineroar. It takes Incineroar's hits almost exactly as well as Vaporeon, but comes with the noteworthy advantage of actively benefitting from being burned due to Marvel Scale and therefore not having to waste time removing it (not that it can anyway). This results in the most Incineroar can really achieve being removing Milotic's Leftovers and pivoting out, meaning one of Incineroar's teammates fall victim to a Toxic, Scald Burn or just some damage which adds up in the long run. Unlike Vaporeon, Milotic also outspeeds Incineroar, meaning the cat will end up taking something to the face before it can Parting Shot to safety.

Users Who Are Viewing This Thread (Users: 3, Guests: 1)