Why did you join Smogon?

To be the very best, like no one ever was.

I mostly joined because showdown was a really fun way to kill time at first and I have always loved Pokemon.

Eventually it became a game of statistics and data analysis and that's fun in its own way too.

Also the meme teams or cheese teams. I love winning with a meme team.

Randomly found it one day.

Just How I Roll

I started playing showdown again the other day, and began reminiscing about the fun I've had on the forums when I was younger. Hoping to pick it back up!

I joined for the Create-A-Pokémon Kitchen group, to share my fakemons.

To get free pokémon in the giveaways section and for in-depth analysis and the viability ranking list to help me when making teams for Pokémon Showdown and in-game.

I wanted to contribute to Smogon with something, fortunately I joined in the project about translation of articles of Flying Press/Smogon, and now I am translating the articles to Portuguese, I am happy about this.
Also, I would like to discovery new forums and have a good presence, like the Congregation of the Masses where I am new.

To join a ghosting tour with friends

After a few months I started to use it for the Translations Project and my art thread (check this one clicking my signature!!)

Then I stayed here to share my feelings on Other Metagames and the Suggestions forums mainly. And currently I am hosting a tournament and leading a National Dex project, so I guess i've done a lot of different things here!

to get my team rated

team took like a month to be rated. it was trash who wouldve guessed. i poked around some while i waited and decided i liked it here so i stayed.

To find help when playing the Battle Maison after picking up my Generation 6 games again for a bit. I searched through a bunch of websites across the Internet with rubbish advice and was about to give up when I stumbled upon the thread about it here and realised that this place was different: it was where all the actually serious people playing facilities were. I beat the 50 consecutive games I needed after a bit of practise and carried on long beyond that using advice from the people's posts on there.

I knew what Smogon was for years before that, but not what it was like.

I lurked for ages and began to explore other parts of the site. I can't remember why I decided to eventually make an account.

because the roblox copycat games were copyright striked

I planned to get into competitive and take Pokémon battling seriously once I joined the Smogon forums, but I ended up chickening out because of low confidence lol. I'm here for the socialization forum now since I've got nothing else going on, but maybe that'll change over time

I originally joined specifically to make my own server on Pokemon Showdown but I stayed because I think the community is very kind here and theres all kinds of fun topics to post about.

Pokemon Tournaments, and experiencing a higher standard of comp than general Showdown room tours, or laddering. Which I got, but dang this place can be a bit next level sometimes. :)

I joined to take part in a Secret Santa thing and I've just been chilling here ever since.

I actually had no clue why I joined smogon until I looked at my first message, and it was the day I joined to ask if we could have more sprites than the selectable ones on showdown. At the time I didnt know about secret sprites so it was resolved pretty quickly, but now I use it a lot.

Joined because a friend of mine wanted to ban Dracovish (In natdex-monotype) so badly. Stayed because the people here seem so nice ;w;

I tried to be cooler by not joining when the other cool kids joined, but I eventually caved, so I'm unfortunately only member #210

i think i had found Shoddy Battle off of gamefaqs.com, and from there wiggled my way to smogon dot com

it's fuzzy now but i can't recall when exactly i joined IRC vs. when i was only posting on the forums and still using the battle simulator of the times, but i was 17-18yo at the time of all this!! i joined smogon in july of 2008, a month before my 18th birthday

now i'm 31 and revisiting the site because SW/SH has rejuvenated my love of competitive pokemon and playing the game in general, i am ecstatic that it is much easier for the average player to team build and EV train!!! long gone are the days when i would bashfully ask a super team builder on the forums here to breed me the team i had concocted... now i find pleasure in breeding my own pokemon to my desired standards~

i am eager for VGC tournaments to start back up again around the US and around the globe, even when i had stopped posting here i continued playing pokemon and interacting with many individuals i had met here originally!!! i have traveled the world because of pokemon, i've met so many people from this site and hope to still yet meet more, i truly don't know who i would be had i not found smogon.com, or been gifted pokemon for christmas in 1998 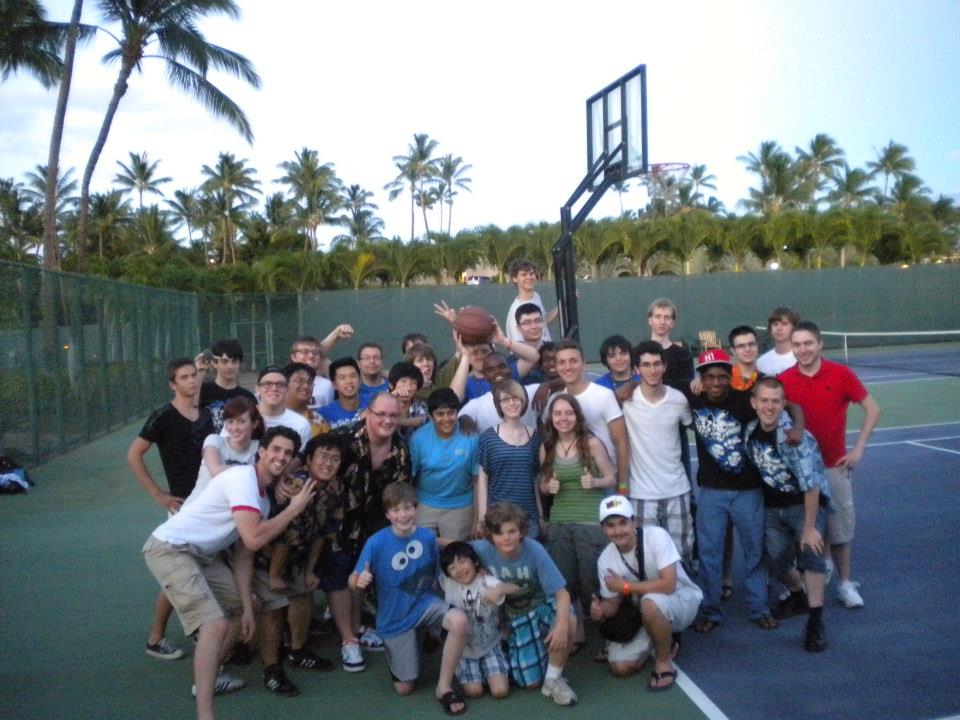 this picture is from 2012, in Kona, Hawaii. i was here for the world tournament that year, and had one of the best vacations of my life! i yearn for more camaraderie like i've enjoyed with mons, it's the one community where i have felt absolute acceptance <3333
You must log in or register to reply here.
Share:
Reddit Pinterest Tumblr WhatsApp Email Link