Tournament World Cup of Randbats - Round 1

Co-hosted by Fragments and sharpclaw 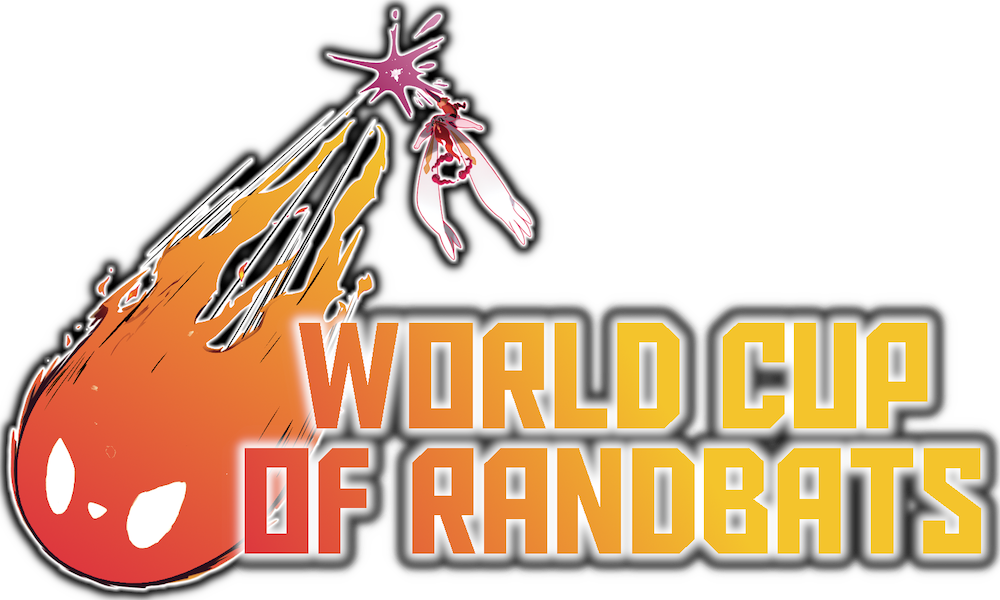 Logo by Clementine
~Spreadsheet~
​
Welcome to the first-ever World Cup of Randbats! It’s the moment you’ve all been waiting for: the announcement of our pools, and the kick-off of the tournament proper! Which team will rise to glory in this inaugural tournament and be crowned Random Battles World Champions? It’s time to find out!

Formats
Each team is led by two captains, who themselves count among the total roster of ten starters and four substitutes. The formats were announced in our original signups post, but for review and easy reference, they are:

Teams will be ranked based on overall aggregate records. The best two teams from each pool, alongside the two best third placed teams, will qualify for playoffs. If two or more teams that are guaranteed to qualify have identical rankings, total number of games won per each individual series will be used to sort out the tiebreaks. However, if there is a tie in records for the last spot(s), game wins will be ignored and the teams will face off in a tiebreak series. The tiebreak will consist of three bo3 matchups: Gen 8, and one format chosen by each team.

Substitutions
Captains may sub in any of their four substitutes as they see fit. Keep in mind that once a player is subbed out, they cannot be subbed back in during the same round, but can be put back onto the roster for the next round.

Substitutions will not be allowed in tiebreak series unless both teams agree (or hosts enforce a double sub). Hosts will be reluctant to give activity wins to those who are clearly fishing for them.

Standard Tournament Procedures
Like all other tournaments on Smogon, the World Cup of Randbats will follow the general rules and guidelines. Please read them carefully. Also note that replays are required.

When spectating WCOR battles, do not ghost. What constitutes ghosting in a Random Battles game can be a particularly fine line, so before commenting, always ask yourself: “Would my comment reveal information that hasn’t already been explicitly revealed in this battle?” Examples of ghosting include suggesting that an unexpectedly fast Pokemon must be holding a Choice Scarf, that a Zoroark’s disguised level proves it’s a Zoroark, etc.
Deadlines
All matches are to be completed by Sunday, August 14th at 11:59PM GMT-4. Matches that are not completed will be reviewed for activity and have a winner declared accordingly. If both parties are at fault, the match will simply not count in deciding final standing. Activity calls will not be made before the round is over. Captains should ensure their players play their matches, and make substitutions as necessary.

Furthermore, if by Sunday, August 7th at 11:59PM GMT-4 a player has not completed at least one match, hosts will force their Captain to sub them out. Three weeks is more than enough time to play five games that don’t require teambuilding, and players shouldn’t delay only to then attempt to cram five matches into a single week. Be respectful of each others’ schedules.


Looking ahead to next year’s World Cup of Randbats, hosts have made a few important decisions about how this year’s pools will affect next year’s tournament. In short:

The bottom two teams from each pool will face relegation, and will need to qualify for WCOR 2023.

It is the hosts’ intention to only field a 16-team tournament next year, in order to both refine the WCOR product overall, and also further concentrate the strength of each competing team. As such, the top four teams from each pool will automatically qualify for WCOR ‘23, and there will be four slots remaining for future teams to compete over. Qualifying rounds will take place in order to determine which teams fill out the 16-team tour, and - crucially - it will be possible for any of this year’s teams, particularly those that represent larger regions of the world or multiple countries, to be further subdivided, should new regions/countries arise and hope to field a team of their own.
Pools

see you all august 14th

Dreaming of a shore bordering another world

Whoever finishes all of their matches first gets a free hug.

Leru your profile is limited, so I'm posting here. Maybe unprivate your profile for scheduling purposes so I don't have to do this:

I'm GMT+10 and cause no prep is involved, I can play whenever I'm not at work / the gym. So weekends will be easiest. Lemme know when suits you.

gl and have fun

Here's your first starter for ten

Didn't want to try to participate in this for various reasons but go Midwest!