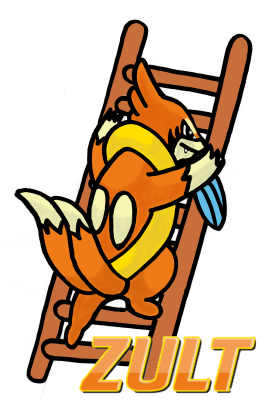 Before participating in this tournament, please take some time to familiarize yourself with Smogon's tournament rules as well as this specific sub-forums rules. If you need help finding either of those feel free to contact me.


Before laddering you must create a fresh alt. This is mandatory as it stops people from getting an early and unfair advantage. Each alt will be linked to the week provided, so this week's alt is ZULT4B [insert name]. Example, ZULT4B Aaronboyer. This also allows me to track everyone who has entered.

Ghosting is strictly prohibited! Anyone who joins is essentially in an ongoing tour. Anyone who is found ghosting will be disqualified from the tournament.
If I find out that you have played on an alt created earlier than the date the OP goes up for each week, I will disqualify you from that cycle and potentially the entire tournament.
Again, this week's ZULT tag is ZULT4B. You have until 9pm EST, Sunday May 5th to continue climbing up the ladder this week!

Bow to your Matriarch

OML I promised myself I wouldn’t

Moderator
Eh I’m bored and ladders too slow on my main so may as well shoot for a first seed.

First and foremost I want to state that ZULT so far has been a total success. We've accumulated over 5,000 more games in April than we saw in March, which was over a 25% increase in number of games. Kudos to all of you for participating and making the laddering portion of this tournament a huge success. With that out of the way let's see who qualified this week.

Ho3n has surpassed his ELO from Week 2 here in Week 4 and has extended his seeding placement in doing so. 1551 will now be the ELO used to determine his seeding in the ZULT Playoffs.