My opponent gave me the win 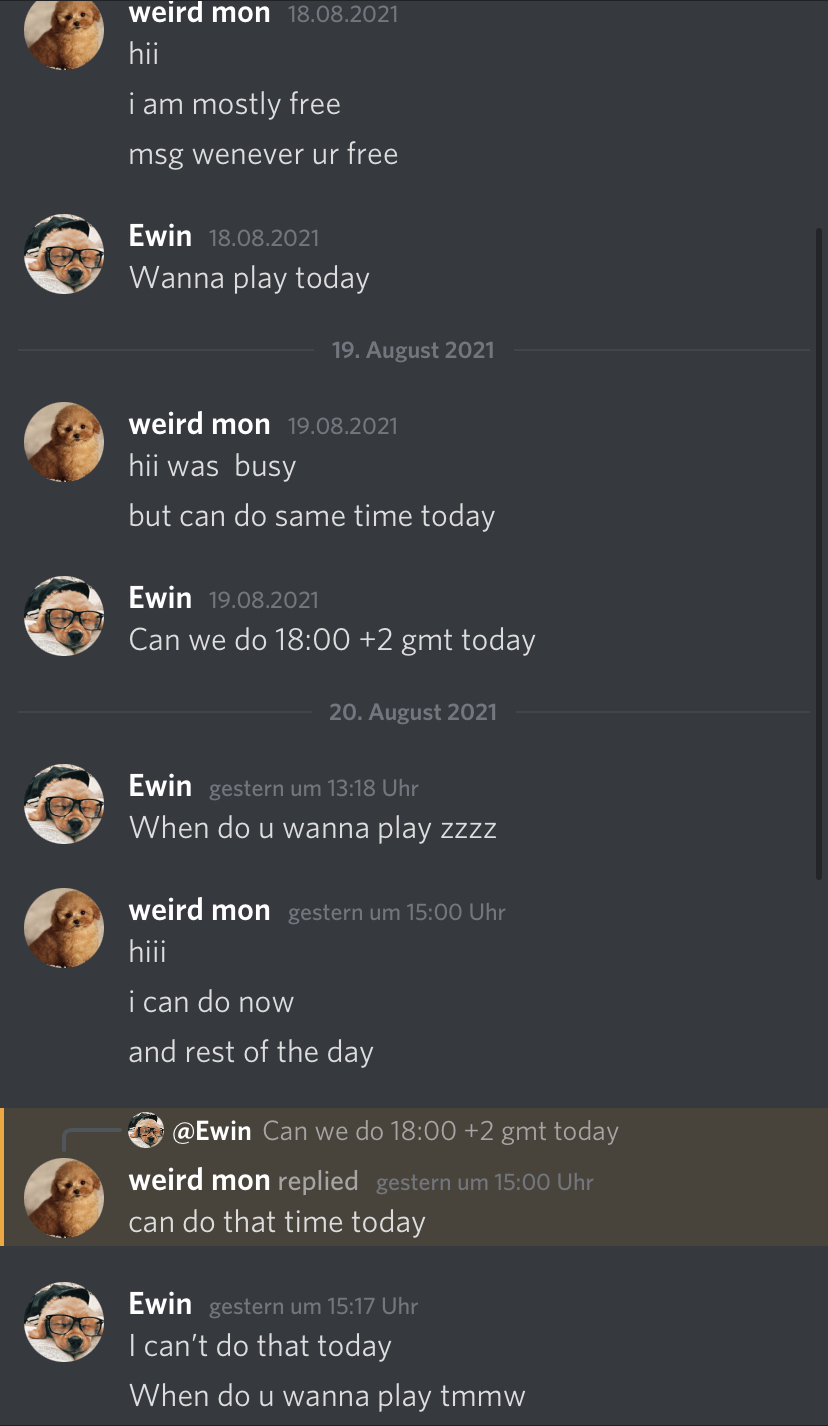 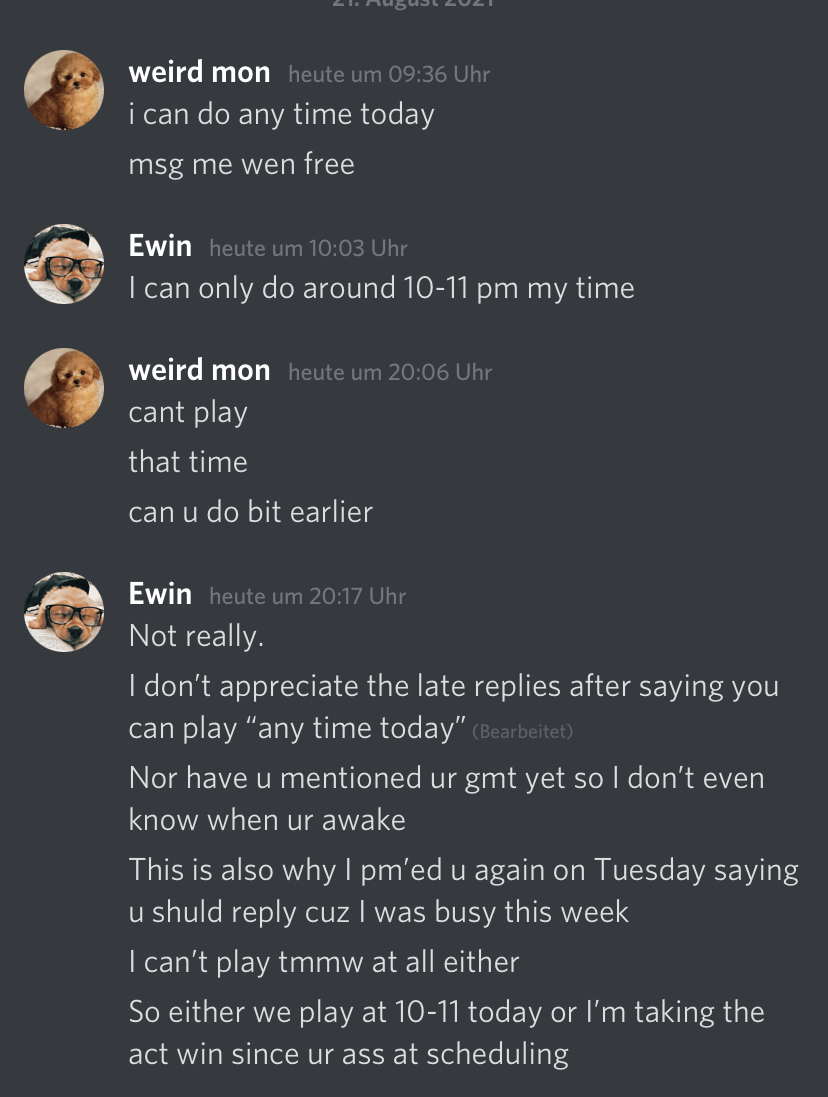 I contacted my opponent almost immediately on Monday telling them that we should schedule on discord as it was more convenient for me but I only ended up getting a response at Tuesday afternoon (I can include the time stamp from the first discord screen if you would like to verify this) and this was mostly because I pm’ed my opponent again on his wall saying that we should schedule as quickly as possible since I had limited availability.

As can be seen in our first few interactions my opponent usually would end up saying he is “mostly free” and can play whenever so I end up trying to get him to play on the days I messaged him which quite evidently didn’t really work out. Instead I end up asking him for his availability since this would make it easier for us to play but I end up getting a response of “I can do any time today” and I end up replying with my availability for the day (the time stamp shows 10:00 when I message him but the 10-11 I’m talking about is 22:00-23:00). As can be seen he states he can’t do that timeframe to which I respond that replying to late is very unfair to me as I’m not going to change any plans that I could have potentially postponed if I was notified ahead of time to play a game of mons.

I think that my opponent showed little to no motivation to properly schedule (I mean he still hasn’t told me his time zone lol.) and instead would constantly respond with a vague response of “I’m free the entire day” or “I’m mostly free lmk when u wanna play” and when I’d respond I’d either be ghosted or be shot down despite him saying “he’s free for the entire day”. Admittingly I could have scheduled better but I really expected someone who can do “any time of the day” to be able to play in a time window that I had notified him about around 12 hours before the actual match.

calling act, no response from opponent

It's not rocket science buddy, I failed biology

While I didnt pursue my opponent further after not getting a response for clarification on when we play, I’m still gonna call act cuz hes the one that didnt respond to my message

Discord Leader
activity calls:
all act wins claimed in the thread were given

Coinflips:
Sabella vs Sky of Doom - no visible contact from either, flipping

Kenix vs lockjaw - no visible contact from either, flipping.

reminder that bumping scheduling is a powerful tool.