Usually my teams are built to win, but this time I decided to just have fun building a team. However, I still like winning... so I decided to create a team using stereotypical pokemon with small, but surprising adjustments to their sets. This team is decent in both Dream World and Wifi tier.

Teambuilding (if your bored)

First, a lead. I wanted an offensive lead which would counter the majority of other leads (with 600 pokemon now, it is hard for an ideal lead). When considering a lead, one must consider a matchup with one of the more common offensive leads, Thundurus. To pick my lead, I looked through the pokemon whose base speed topped Thundurus, and I was able to narrow it down to Starmie, Dugtrio, Scolipede, Cincinno, and Sceptile. Starmie was eliminated because it cannot beat the common Tyranitar lead. Sceptile and Cincinno were useless against the rare Jirachi lead. The choice between Dugtrio and Scolipede was definitely a hard choice, but I completely gave in to Dugtrio's troll ability and Stealth Rock over both spikes.

I personally cannot make a team without a rapid spinner or magic mirror user. Hazard support with deadly sweepers could cost the game for any team. Most of the rapid spinners are pretty much crap, and my prediction skills are over the top (humble i know) , so I decided to pick a magic mirror user. Xatu and Espeon have their plus and minus sides. Xatu is amazing against Ferrothorn, and has a good recovery move, roost. Espeon, on the other hand, has less weaknesses and better defenses overall. As a bonus, it also has decent offensive power.

I really had no option for very strong special attacks coming at me. The most common being Surf, Hurricane, Draco Meteor, Thunder, Psychic. I was able to narrow my choice down to Blissey, Chansey, and Empoleon. Since Empoleon's only recovery was Rest, and was weak to electric attacks, it was out of my options. Between Chansey and Blissey, I had to factor in that weather was usually in my control due to Dugtrio and Espeon, so Sandstorm would not be hurting Chansey. Although Chansey was the superior choice, I chose Blissey for pure enjoyment.

Looking at the team as a whole now, there appears to be a strong physical bug and physical dragon weakness. Not only that, but Calm Mind Reuniclus could deal with this team with ease. There were no choices for this team spot; Scizor pretty much had to be on it.

Heatran was a matter of filling in the blanks. Since my Triospeon strategy changes the weather to Sun, the only weakness I have now is the sun weather. Heatran and Blissey work together to deal with sun.

Dugtrio is kind of a hit and run pokemon.
Stealth Rock is a necessary move to cause damage by opponent switches.
Reversal is useful late game when Dugtrio is on its sash and it can trap normal pokemon.
Earthquake is great against fire pokemon late game.
Stone Edge with Dugtrio's 372 speed can kill Flying types at low health.

Leads matchups to refer to:

Thundurus -
Stone Edge first, you don't want to risk it taunting. If it HP ices, then kill it with Reversal. Else, Stealth Rocks.

Tyranitar -
Interesting matchup.
Two ways:
1) Flashy: Go to Espeon to pick up potential Stealth Rock. Use Sunny Day as it Crunches. If Espeon is dead, go back to Dugtrio and kill with 2 Earthquakes. Else, use Morning Sun (to make sure it doesn't "predict" a switch and use stealth rock). Next turn, it will undoubtedly crunch, so go back to Dugtrio. Take the crunch and use Reversal.
2) Conservative: Stealth Rocks first turn and kill with Reversal or Earthquakes. Although you risk having Stealth Rocks on your side, it wins even in a critical hit scenario.

Politoed-
Stealth Rock as you scout its set. If it is faster than you, its scarf. If it uses Surf/ Hydro Pump, most likely Specs. If it uses Scald, it is probably bulky. Blissey can handle Scarf and Specs. For Scald, go to Espeon and set Sunny Day.

Ninetales-
For all ninetales, stealth rock and go to Heatran.

Mamoswine-
Switch into Espeon first turn. If it sets up stealth rock, then use HP fire the following turn. If Espeon is in danger of dying, then switch to Tangrowth and Stealth rock will be on your side.

Machamp-
I genuinely hate this matchup. Go to Espeon on the Dynamic punch. Attempt a psychic. If it fails and you are in risk of getting KO'd, go to Tangrowth and Leaf Storm.

Jirachi-
I'd assume its scarf if its a lead, so go to Espeon just in case it stealth rocks (even though that would be really stupid since it would be trapped with dugtrio). If it iron heads, then go to heatran on the second iron head. If it tricks, have espeon take the scarf, and use hidden power fire until it realizes you aren't switching until it stops using stealth rock.

Genesect-
Stealth Rock first turn always. If it u-turns, then switch dugtrio out to the appropriate counter. If it ice beams, then go to Heatran.

Infernape-
Espeon on the Fake Out, and Psychic. Switch back to dugtrio if Espeon is getting 2hko'd

For hazard leads other than the mentioned, go to Espeon most of the time.

Sunny Day is the key move to this set. Once Tyranitar is trapped and killed, Espeon makes sure that Sand Veil and residual damage is not an issue. It makes sure that Specs Hydro Pumps, Surfs, Hurricane, and Thunder are weakened. You can switch it in on Rotom-W with leftovers on a turn it would most likely will-o-wisp on, and use Sunny Day to weaken its Hydro Pump. Sunny day can be used on bulky politoed to force it to switch.
Morning Sun heals 75% in the sun. As a pokemon which has once been disregarded as lacking a good recovery move, Espeon can now wall more threats.
Hidden Power [Fire] is pretty much a Flamethrower with Sunny Day up. It can be used against common switchins like Ferrothorn and Genosect, or just pokemon that psychic can't hit as hard upon.
Psychic is a necessary STAB move. 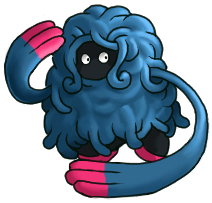 Sleep Powder is best against slower pokemon or predicting switches into Tangrowth counters.
Leaf Storm is a necessary STAB move.
Hidden Power [Ice] deals with Garchomp and other dragons.
Power Swap is good when the opponent tries to use leaf storm's Sp attack drop to their advantage to setup. Although Tangrowth gets more opportunities to power swap with physical attackers, his physical movepool is down the drain.

Softboiled needed for immediate recovery.
Toxic for Bulky pokemon.
Flamethrower with serene grace gives a 20% chance of burning a physical attacker on the switch and utilizes blissey's decent sp attack.
Body Slam utilizes Blissey's obesity to paralyze the opponent with its weight. Good against Physical attackers switching in.

Standard Scizor. Save it if Reuniclus still hasn't shown up yet. Good for endgame sweeping as well. Tormentran is just for fun. Doesn't really do anything significant. Switch it in on something it resists, substitute, and torture.

Kinda got lazy on the descriptions, but ill answer questions.

I like the premise of the team and the originality. To lazy to really think about it but the first thing I saw was tangela instead of tangrowth; its bulkier and morew crippling with power swap. As i said too lazy to think about anything else....

Actually Tangrowth would be a better option. It could utilize Regenerator better with its higher HP and has a better SP Attack to utilize the power Swap.

This team is too awesome and so out of the schemes.
I've tested and enjoyed it.
Your Dugtrio checks a lot of mons and the threat list that you made is very useful.
The combo dugtrio+Espeon works really good and can be a good anti-weather solution.
(Hoping that it go useless for the all-weather-ban :P)

Dugtrio + Espeon is AMAZING.
Dugtrio forces ground leads to stay in so I don't get any stuff like Tyranitar switching straight into Garchomp and pissing me off <_<

not to mention super trollin... (dugtrollin ;))

Hi there, after mentoining this on IRC I like the idea of having Heatran on your team to patch up your gaping sun weakness, however I do not think the set functions well on this team. TormentTran is a cool Pokemon but it needs a lot more support, namely a ton of hazards to have it work to it's full potential. I feel a different Heatran set would greatly benefit your team.

This Heatran set is a lot more threatening and is able to defeat Excadrill and friends if it's Balloon is intact and Tangrowth meets an unfortunate fate early in the game. It still gives your team the same great resistance set but can sweep on a whim with it's hard-hitting attacks, especially late-game if you choose Flame Charge. Nice team, I like the premise and good luck with it!

I really have no worries on Doryuuzu because Sandstorm is almost never set on me. Balloon is kind of a 1 time thing and I dislike that, since Heatran is constantly taking bug hits for the team. Having such an offensive heatran still cannot OHKO many threats while being easier to KO.