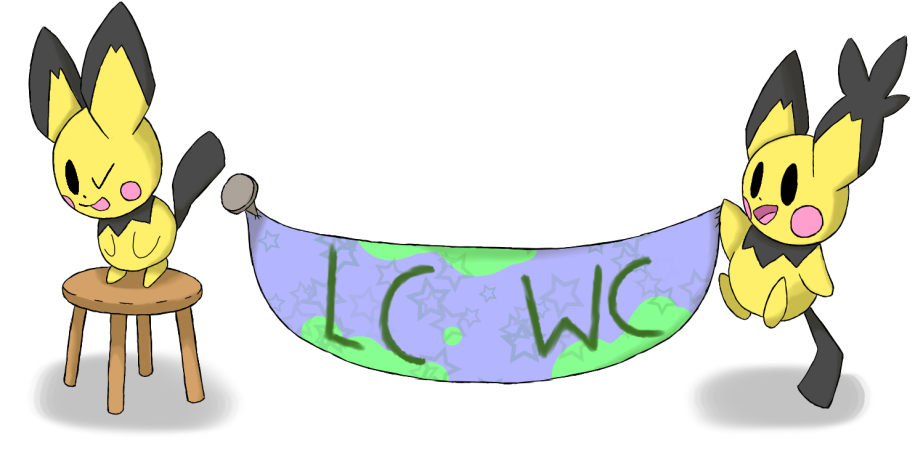 [Banner by DatHeatmor]​
Welcome to the third season of the Little Cup World Cup! It is once again time to unite with the rest of your region to prove you are the best at the smallest metagame!

Regions across the world will be putting together a team and facing off with each other over the course of several weeks in different Little Cup metagames. Captains will choose a set of a players who live in their general geographic region. If you are selected, you will be representing a region you either live in or have lived in recently to show that you are the best. If you aren’t selected, you’ll have the opportunity to cheer on your region and spectate a host of high-level LC matches!

This tour will be hosted by Eseque and Gummy.

Every week, each team will be playing one other team in 8 matches. After each team has played every other team once, the playoffs phase will start, where top teams will play in a seeded elimination format.

Your primary eligibility is where you currently live (if you are at university abroad, for instance, you live there at the moment and this is your primary eligibility). Your secondary eligibility are any places you have lived for a significant amount of time in the last year. The regions and their boundaries have not been decided. For now, list the states/provinces/territories (US/Canada) or countries (others) for which you are eligible in your signup. IP addresses will be checked to confirm your residency. If you have questions or doubts, feel free to approach a host. If you have extenuating circumstances that you think should make you eligible for another region, please PM me with your reasoning. Do not necessarily expect these requests to be granted.

All you have to do to join is fill in the below format and post in this thread. When signups are close to closing, captains of the various regions will be selected by the hosts. Afterwards, they will be able to select which players they want on their team.


A Word on Captaincy

Good luck and have fun! 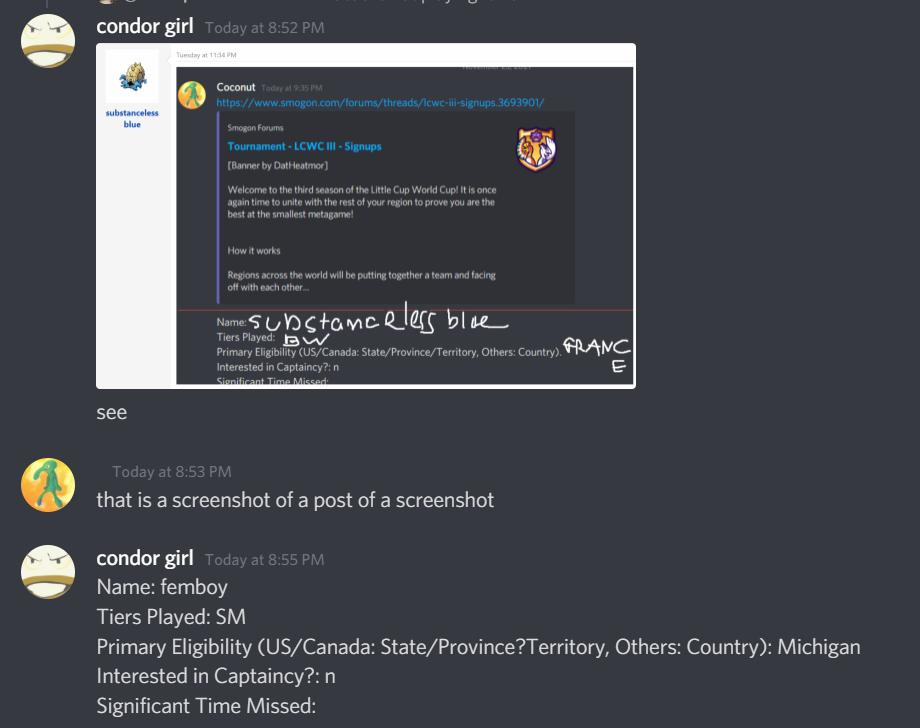 Name: AM
Tier: DPP LC (support or Sub for those more interested in starting)
Eligibility: US East/Northeast w/e it's called these days
Second Eligibility: Whatever team Eden ends up going to my nationality will change to that.
Interested in Captaincy?: Not at all
Significant Time Missed: Work and life > mons. I won't be active in the discord channel and will have it muted except for tags like I do for most channels.