Corazan said:
you cant rly say anything in 2022 you just gotta be quiet and play
Click to expand...

Corazan said:
you cant rly say anything in 2022 you just gotta be quiet and play
Click to expand...

found a photo of Finchinator after a win

zook master 212 said:
found a photo of Finchinator after a winView attachment 408613
Click to expand...

found a photo of a bad troll after a post 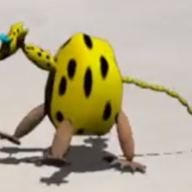 found a picture of my dog 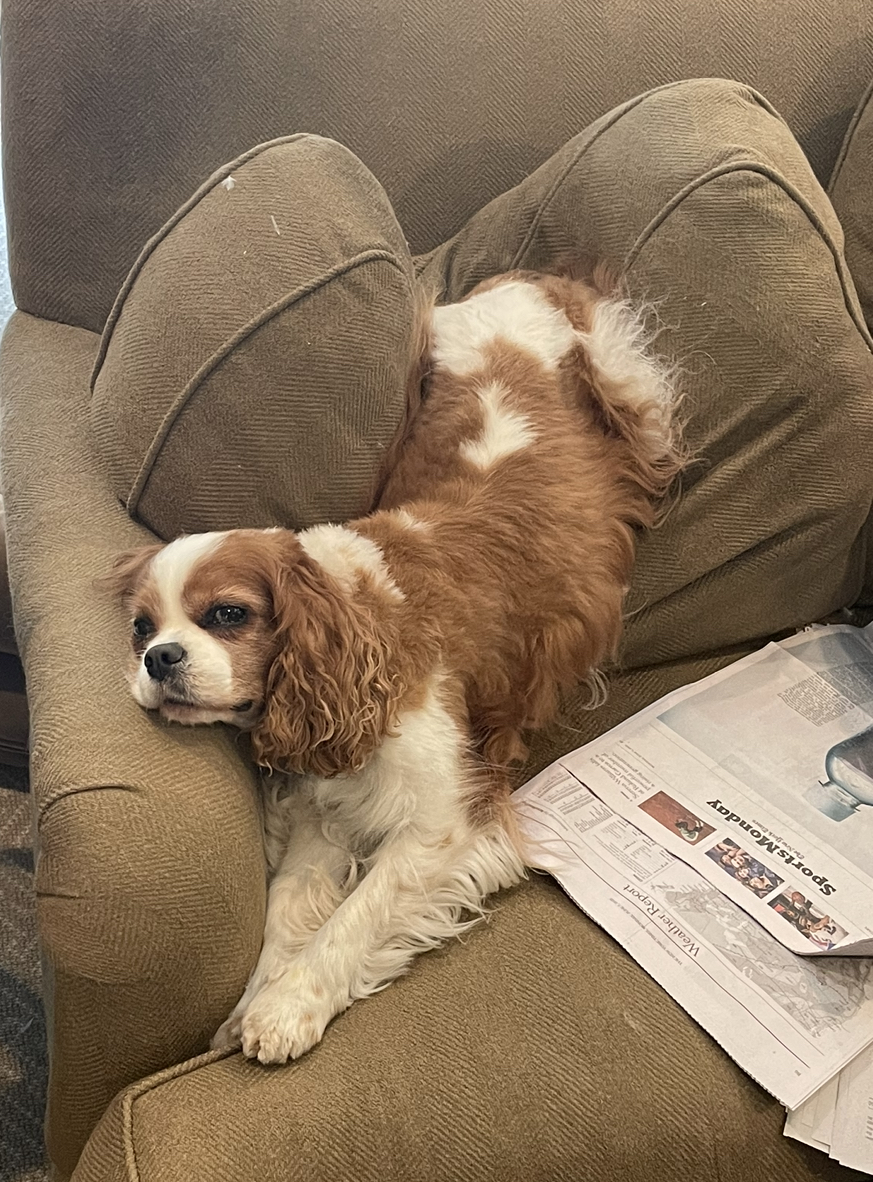 found this photograph. every time i look at it it makes me laugh 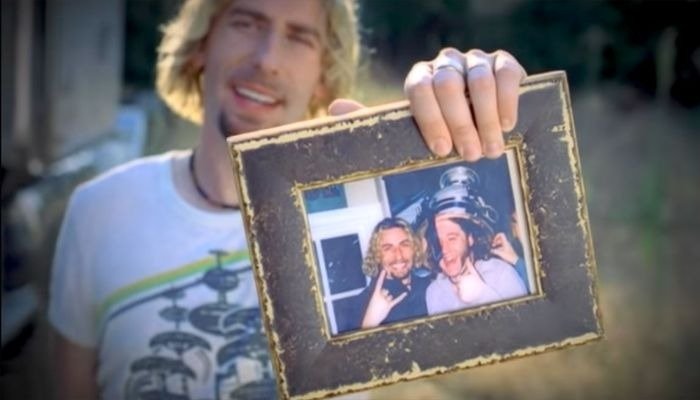 thanks for the fun season bigs. special shoutout to ez for being my right hand man with prep all season long

Thanks to the Tyrants for having me this season, it's hard to let go of this experience already after we grew so close together as a team these past 10 weeks, but that's the nature of competitions like these and I have no regrets about it. I would do this all over again with you guys if I had the chance to.

Omfuga Sage you two helped a lot to make me feel like I actually belonged on this team, and that was something that was especially needed during the first few weeks of the tour when I didn't feel like I fit in that well with the team. thank you both. All of this also applies to you Confide

Santu thank you for fighting so hard with WoF and ABR to get me on the Tyrants. I wanna apologize for when I got mad at you pre-SCL during our draft talks, I was clouded by the judgement your scooter teammates had of you, but I was wrong, and even despite all that you still came to bat for me to team with you after I went undrafted this year. It humbled me a lot. Honestly out of all the stour playing slots you were one of our most motivated and driven players on the team, and I was impressed a lot by the level of authentic feedback and concern you had over your own prep. I know that's hard for you to pull off in most tours because of IRL, but here you really showed up for us, especially during playoffs. Hope we get to team together this WCoP

ABR even though I was your helper that one snake I never thought that'd lead to us actually teaming together officially some years down the road. You really do set the example as a team leader as your reputation precedes you to be. You carried prep in so many slots and beyond that were always deeply intuitive to the emotional core of the team and always put in the effort and went the extra mile to make everyone on the Tyrants actually feel a team of people. Disregarding for a moment the logistics support you provided it can't be understated how important your holistic efforts towards the health of the team were. Also I want to thank you for the times you listened to me one-on-one whenever I was going through stuff during the season, that really meant a lot to me on a human level beyond what others would've considered generic teammate empathy. Last thing I want to say to you is that you have a beautiful and amazing girlfriend and getting to know and talk to her that one night this season was a top team tour highlight for sure. I wish you two the best.


reyscarface it's hard to think that you'll never be an SPL manager again when it's people like you that make this experience what it is (even if people like Finchinator think you're annoying as shit). I'm glad I got to be part of this last hurrah with you even if it didn't end as planned. You're honestly the best non-playing manager I've ever seen in just how well you know how to set the mood of a team and how far you go to speak up and advocate for the best interests of your team. I didn't think you'd accept me as a teammate at first but the moment I joined the Discord you were always encouraging and rooting for me and every other tyrant and that went a long way toward motivating me in supporting the team. WoF always told me how well he thought of you so to finally get to know this for myself as a teammate was a deeply enjoyable experience. Whether you realize it or not You've done a lot to help me and WoF in the past (same with Hogg) and I'll always be grateful for that. Even with you permanently out of management commission I don't think anyone will ever forget the legacy you left behind in all areas of involvement you ever had on this site. good luck with the next chapter of your life in ophto.


PDC Similar to Santu at first I didn't think you'd care that much at all, especially when I regularly see so many people sign up for manager into basically ghosting (absence) their team for the entire season. You put in a lot of work towards the tiers you were knowledgeable of and were a great chat presence carry especially during the weeks Rey was busiest. It's a shame we can't post the nail care pic you took anymore but I don't think anyone will disagree that the moment saved the season. Good luck in your future endeavors (which hopefully includes managing the Tyrants next season!).

Leo you were the MVP of our season in so many ways, especially for the circumstances surrounding our SS playing core: With JW banned and HSA basically having no motivation in the early season there was a lot of pressure on our SS playing core to get its shit together to match up to our old gen carries. You really stepped up as the SS1 of our team and even held the longest tenure of an undefeated player this season. You did a lot of prep outside of the team but that hard work showed up every week you played for us. We would never have gotten this far without you. Regardless of the tiebreak mishap you've been one of the most enjoyable teammates me and WoF have ever gotten to know. I hope once the disappointment of what happened ends that you get to really see and understand how much your fellow teammates needed and valued having you around, not just because of your performance but also because of your presence.


HSA At first you seemed extremely indifferent to the team, and well, just being in SPL periodt. I don't wanna harp on that too much but it was fun to tease you with the rest of team about your ss in general. It's nice that we got to become friends by the end of it all and I hope that gets to continue, tho now I am curious to watch Euphoria now since you and IPF kept laughing so much about it.

IPF Thank you for helping me with the scouts this season, sometimes I got overwhelmed by the workload but your support helped a lot to free up time to work on our larger macro scouts. It was nice to see you get your first dub this SPL too. If there's any prospective managers reading this, IPF is the man to get for your team. Hard working and always very motivated towards supporting his teammates.

frisoeva Sorry I didn't support you as much as I could have, but I trusted you were in good hands with the leaders of our smogtour prep. hope we get to see more vacation/food pics out of you.

FriendOfMrGolem120 Same as what I said to Frisoeva, but it seemed that you found a way to prep for yourself and keep up with good results out of that. It was such a relief to have a good RBY player on our team and you added a lot to our old gens dominance this season.

Will of Fire we always talk in pms so there's not much to say here. You're my closest friend on here and #1 things that keeps me enjoying tournaments at all despite things not always working out the way we hope.

Gonna end this with a shoutout to you 5, for how hard each pushed for me pre-season and for how much personal support each of has always given to me, whether that was sharing a good word for me or sticking up for me and always encouraging me even when others here have been shitty. Love you all.

Fun season friends. I did not expect to get drafted at all, and I certainly did not think I would ever go 2-0 in 2022 but LOL SPL's always entertaining, and I hope the rest of you had fun this season. I said this before, but making playoffs 5 SPLs in a row is way harder than winning a single one; it's unfortunate we could not win this time, but reyscarface you are still most certainly one of the best managers ever for that feat alone.

Anyway, I compiled the all-time 'tiers picked in tiebreak' records a while ago, but I kept forgetting the exact numbers for each tier. People ask about this stuff seemingly any time a tiebreak occurs, so I think it's worthwhile to have all the of the data in one place.

The person listed first is the one who picked the tier.

Asterisks:
*Mazar is Mazar
**Pearl subbed in for Tony
***Ojama vs. McMeghan was played in "No Spikes" ADV
****Philip7086 subbed in for undisputed

I did not count tiers that were 'double picked' because it is impossible to differentiate between the neutral matchup and the specific tier matchup. I also did not include relegation tiebreaks in World Cup because the quality of the players in these is worse than the quality of players who are actually in the playoffs. There is a very slight chance I may have overlooked a game because there are a billion World Cup tiebreaks, but I think I was able to find all of them based on my own memory and previous discussions. Feel free to make your own conclusions from these records; at the very least, I hope we can all agree that picking DPP OU in a tiebreak is a meme.
Last edited: Mar 20, 2022

Aurella said:
It's a shame we can't post the nail care pic you took anymore but I don't think anyone will disagree that the moment saved the season. Good luck in your future endeavors (which hopefully includes managing the Tyrants next season!).
Click to expand...